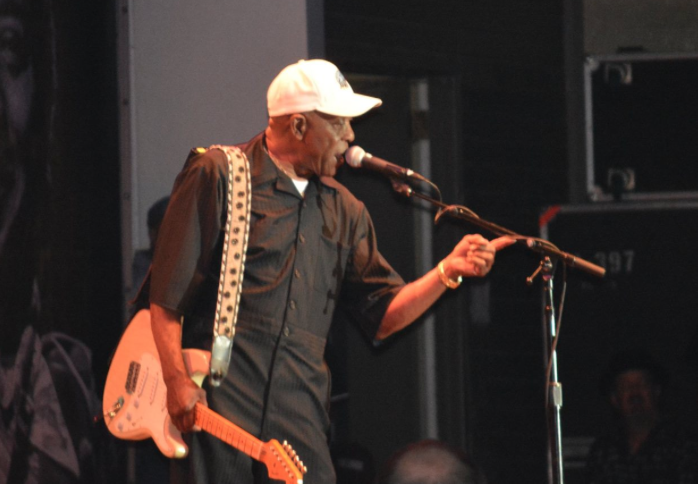 This was a first. I have been to sport events where there has been a rain delay, but this was the first time that I have been to a concert where there was a rain delay. But Buddy Guy managed to pack in a lot of music in his shortened set. Buddy let his son Greg Guy be the guest guitarist on the song Feels Like Rain. What I like to call “Buddy’s History of the Blues” medley (Sweet sixteen / Boom! Boom! / Strange Brew / What I’d Say / Ain’t That Peculiar) is always a crowd favorite. He also played like Hendrix, played the guitar with his mouth and played the guitar behind his back on the Voodoo Child / Sunshine of Your Love medley. A Blues Fest official came out while he was playing and told him he had to end his show on time. Buddy responded, “I’ll tell the Blues Fest officials that I’ll play the Blues Fest again next year. But next time I’ll start at 6:00 pm and play ’til f*ckin’ midnight”! Guy ended his set with a song about Chicago called Meet me in Chicago.