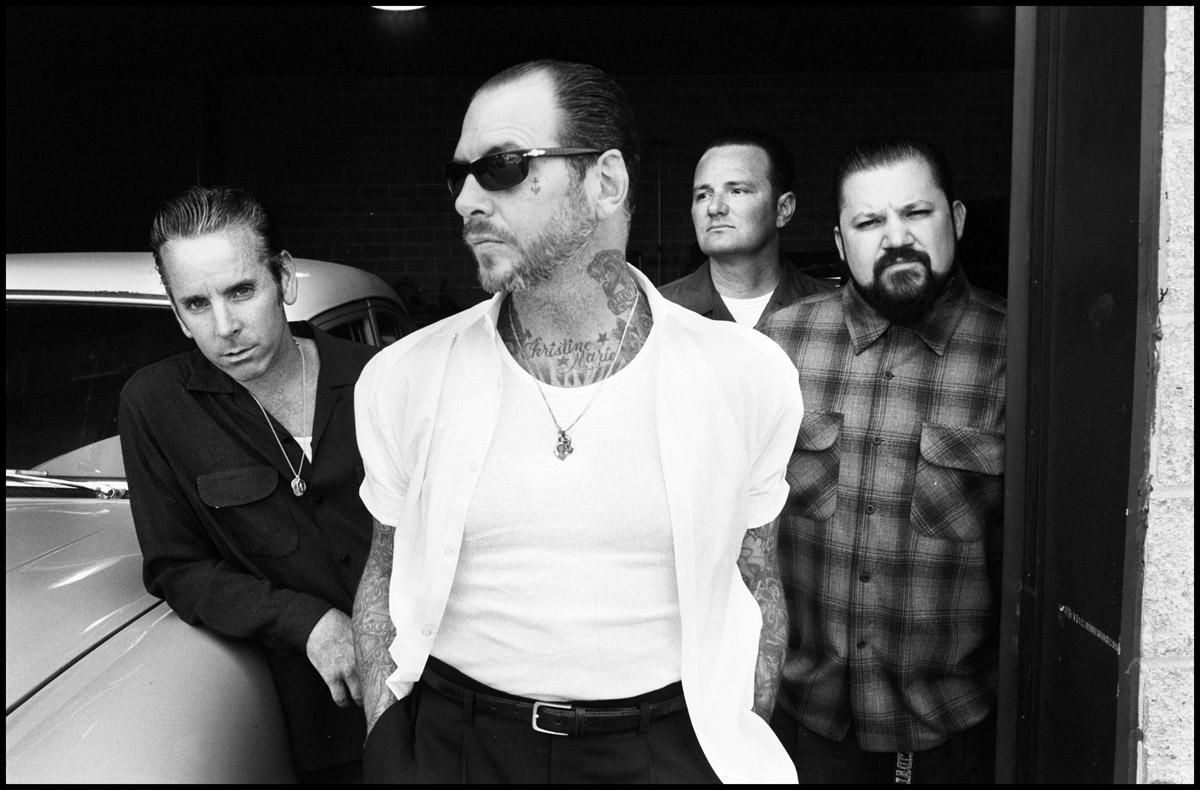 “I knew the punk rockers wouldn’t like some of these songs,” a visibly grateful Mike Ness noted to a sold-out crowd at House of Blues on Sunday night, introducing “Sick Boys” from Social Distortion’s self-titled 1990 album. “But, you don’t get anywhere in life without taking some risks.” There was no trace of risk during the 75 minute set that saw that album (currently celebrating its 25th anniversary as Social Distortion’s introduction to a wider audience) played in its entirety, sounding every bit as energized as the band on record.

Time has been kind to Ness, and he seemed to recognize this in his banter with the crowd in between songs. “A lot of my friends ended up dead or in jail,” he mused, reflecting on what could arguably be called the ‘post-punk’ version of Social Distortion, beginning with the 1990 record. “And all I wanted to do was play guitar.” Play guitar he did, striking poses like a tattooed, wiry Springsteen throughout the night, blazing through classics like “Story of My Life” and “Ball & Chain” (which turned into arena-sized singalongs) and even letting a bit of politics into the room as he held aloft a stuffed monkey at the set’s midway point.

“I would rather have this guy right here be our next president than Donald Trump,” and the crowd clearly agreed.

The second half of the set explored rarities and covers as Ness introduced some of his musical influences predating punk. A prominent, woozy organ wove through an inspired version of the Stones’ “Wild Horses,” slightly more raucous than the original though no less poignant, and Hank William’s “Alone & Forsaken” rested comfortably against the mid-tempo waltz of “This Time Darling,” a tune that Ness mentioned only recently dusted off.

By the time the band brought the house down with back-to-back encores of “Folsom Prison Blues” and “Ring of Fire,” fans new and old had been given an engaging and often intimate sense of Ness’s influences from punk to country to straight-up rock n’ roll, making Social Distortion’s position as a necessary and well-heeled band clear to everyone in attendance. And if the second show (Tuesday 8/11) is anything like the first, it’s a damn good week to be a Social Distortion fan in Chicago.

For more on the tour and the band, click here.

Let It Be Me

Story of My Life

It Could Have Been Me

A Place in My Heart