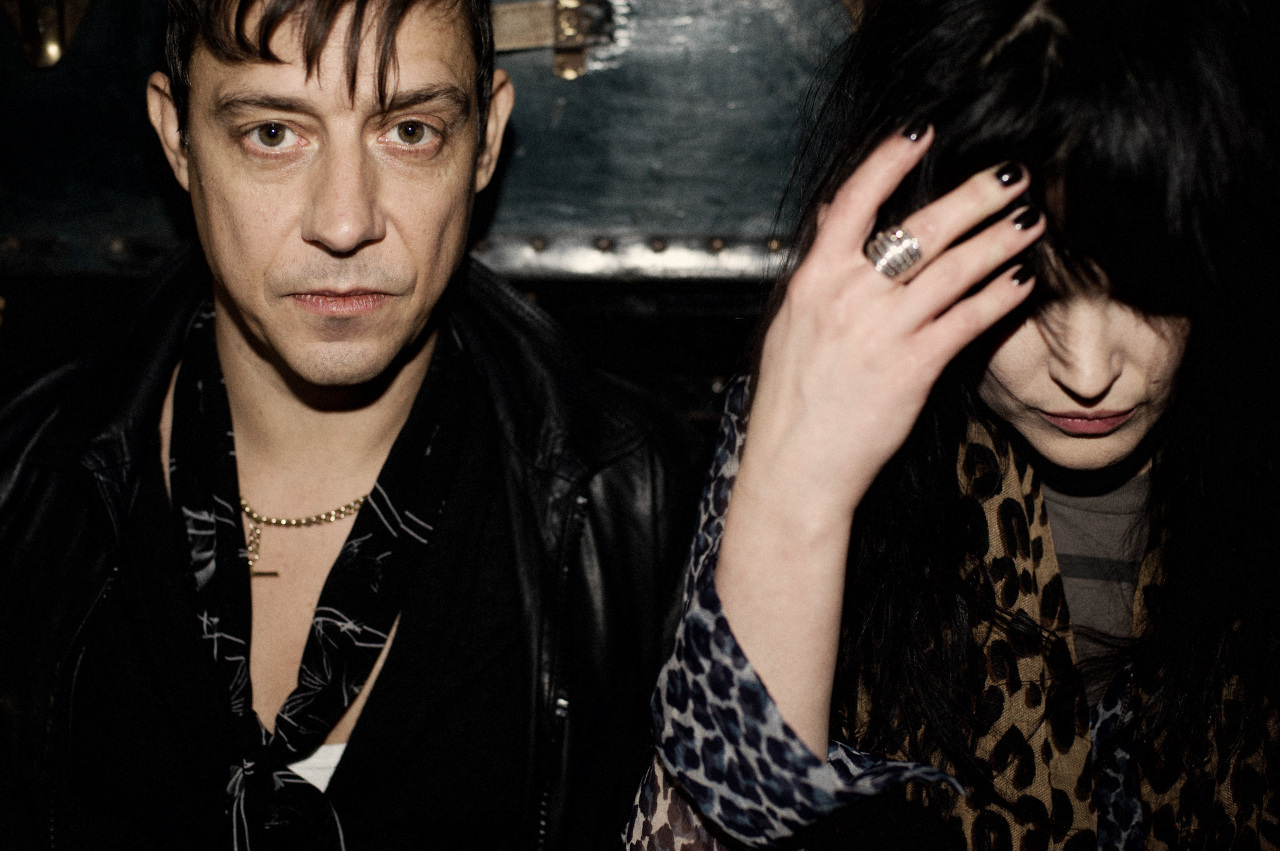 Some bands have style. The best bands have style, actually, but the best bands also have swagger: that wink and nod that tells you that you’re in their world now, in the presence of something exciting, organic, and maybe even a little dangerous. When you add great songs to that deadly combination of style and swagger, you have something wholly unique, and there are precious few bands out there in the world who can lay claim to that perfect storm. The Kills are one of them.

Since the release of their first album (2003’s Keep On Your Mean Side) and consistently through their most recent outing (2011’s Blood Pressures), The Kills have cultivated a musical aesthetic based upon pummeling percussion loops, guitarist/vocalist Jamie Hince’s effect-drenched guitar assault, and vocalist/guitarist Alison Mosshart’s lithe, commanding presence, her voice able to flip from a manic growl to breathless vulnerability often in the same lyric.

Hince and Mosshart have been busy with other projects (Hince’s art shows, Mosshart’s double-duty as vocalist for The Dead Weather), so there’s no new Kills’ record as yet, which gave the duo the chance to comfortably explore their back catalog to the delight of a sold-out crowd on Sunday night at the Metro. Effortlessly owning the stage together, Hince and Mosshart spun musical spiderwebs out of simple but elegant guitar riffs and slinky electronic beats. Their songs are the sound of lightning breaking out of the bottle, of lovers who can’t decide if they want to fight or fuck. Indeed, there’s something almost sexual about a Kills’ show, a palpable, primal tension that pours out of the songs and the players.

Sunday’s setlist saw a wide range of material, from a scorching “Monkey 23” to live classic “No Wow,” which surely threatened to tear a hole in the Metro stage as Mosshart stomped the floor in time with Hince’s crushing, staccato guitar. The duo (now supplemented by live percussion as well) steal cues from shoegaze, blues, punk, and everything in between, and brand-new tunes “Doing it to Death” and “Impossible Tracks” were no exception, providing a promising look at what the duo’s fifth album has in store. Mosshart donned her guitar for “Black Balloon” and a savage version of “Tape Song,” two highlights from 2008’s Midnight Boom, and the finale saw a hushed crowd lulled into submission by “The Last Goodbye” before getting blasted with “Fried My Little Brains,” Mean Side’s first single.

Over the course of four records, The Kills have shown themselves to be firmly in control of their identity, having staked out a sound that is unmistakable and all its own but somehow always remains fresh. And when they hit a stage, there is no question that you’re in the presence of something exciting, organic, and a little dangerous. As truly great rock n’ roll should be.

2. The Heart is a Beating Drum