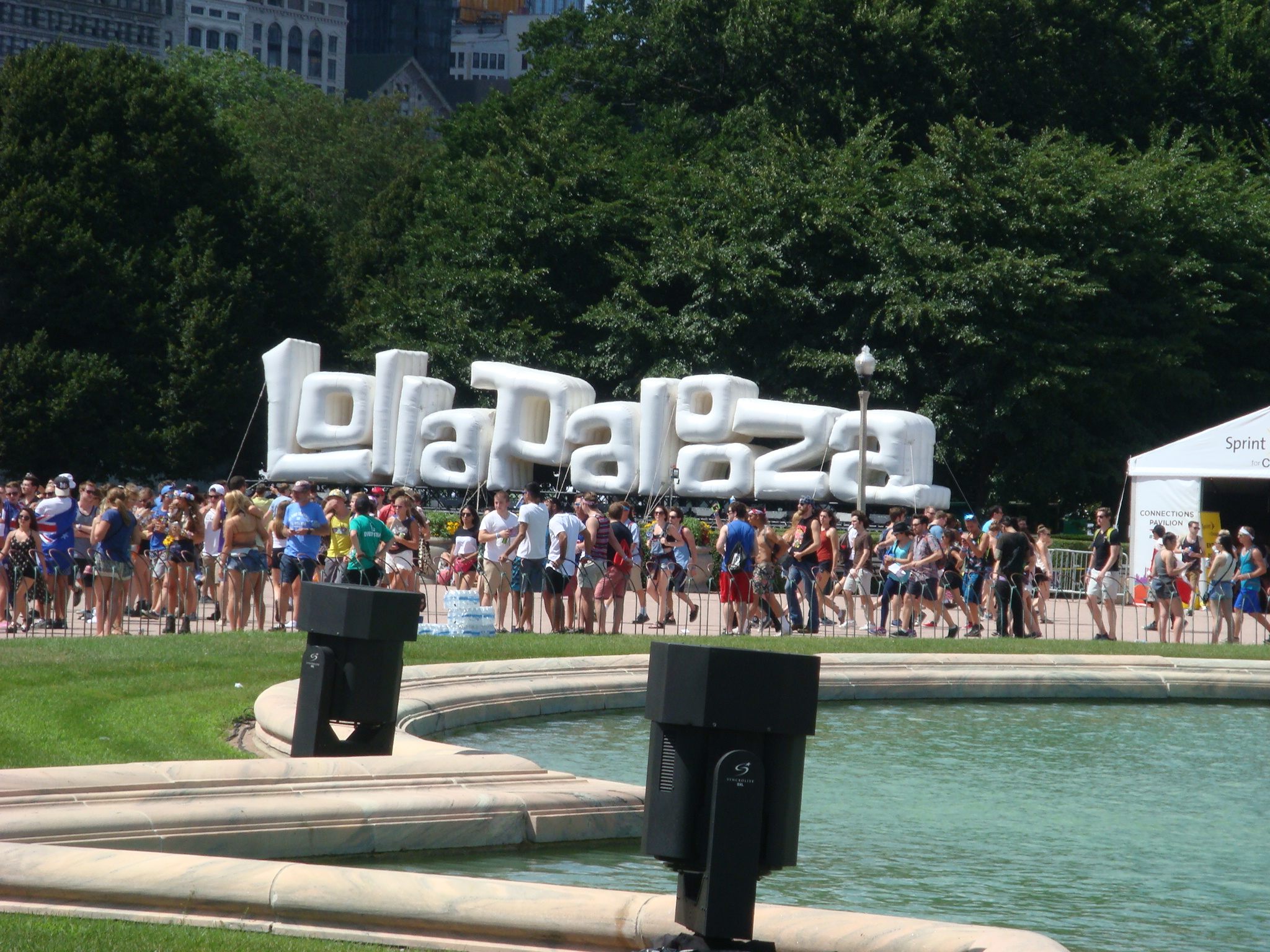 Lollapalooza 2015 kicked off on Friday, July 31 with eight stages of wide variety of music. Here are highlights of the bands that I was able to see.

1:30 – James Bay @ Palladia: James Bay is an English singer, guitarist and songwriter from the UK . He recently released an album, Chaos and the Calm which went to number one in the UK and charted in the top 20 in the US. The songs he played from his album have a folk rock sound similar to bands from southern California in the 70s.

3:00 – Tove Lo @ Sprint: By the time I got to the Sprint stage to check out Tove Lo, there was a huge crowd already gathered and I did not feel like fighting my way to front in the mid-day heat. She told the crowd that she had dreamed of playing this festival. I also learned that she likes to perform barefoot, but after her first song she exclaimed, “I’m gonna go get my shoes. I’m fucking burning my feet off.” and then performed “Not on Drugs”. The entire crowd was singing along to her hit single “Talking Bodies” as well as “Got Love” from her debut album Queen of the Clouds which came out last year.

3:45 – Cold War Kids @ Samsung Galaxy: I had a fascinating experience checking out this band from the Samsung Galaxy Owner’s Lounge. This was their fifth time at Lollapalooza and to celebrate they played a cover of John Lennon’s “Well Well Well.” Using a Samsung Galaxy S6 and Gear VR, it felt like I was on stage with the band. This was great since they debuted new material, “One Song at a Time”, “Drive Desperate” and “Hot Coals” during their set.

4:45 – MS MR @ Sprint: Lizzy Plapinger and Max Hershenow comprise the alt-pop duo from NYC and they played to a much larger crowd than their first time at the fest in 2013. Their set consisted of powerhouse synth pop songs “Criminals” and “Dark Doo Wop”. My favorite song of their set was their 2013 hit single, “Hurricane” which really got the crowd going.

5:45 – Alabama Shakes @ Samsung Galaxy: During their set, Brittany Howard exclaims,”Technically, this is our first time at Lollapalooza.” At their first appearance in 2012, their set was canceled by a storm that caused an evacuation for the first time at Lollapalooza. About three quarters of their set, a power outage stops the band’s performance . The power was restored after a few minutes, and Brittany sings, “I don’t wanna fight no more.” Another highlight of their set was when Brittany spotted a Nicholas Cage head in the audience.  She said, How you doin, Nick?” and dedicated the next song for him. Additionally, they had three backing singers which added  to their soulful gospel sound on “You Ain’t Alone” and “The Greatest.”

7:45 – Paul McCartney @ Samsung Galaxy: What a way to end the day with a rock legend, Paul McCartney probably drew the largest crowd that I have ever see at a Lollapalooza show. He took the audience on a “Magical Mystery Tour” (first song of his set) of his music catalogue from the Beatles, Wings and his solo career. Having seen McCartney over a dozen times I still did not grow tired of the stories that he told before the songs that he played. The stories about Hendrix, Clapton, John Lennon, George Harrison and playing in the U.S.S.R for the first time, added to the enjoyment for those who have never seen him play before. He even played “Being for the Benfit of Mr. Kite” a song that have never been played live before by the Beatles. The pyro technics are alway awesome when he plays “Live and Let Die”. It was also a treat for Paul to bring out Alabama Shakes’ Brittany Howard sing and play guitar on “Get Back” during the encore.

Overall, this was another great day in my festival going diary.