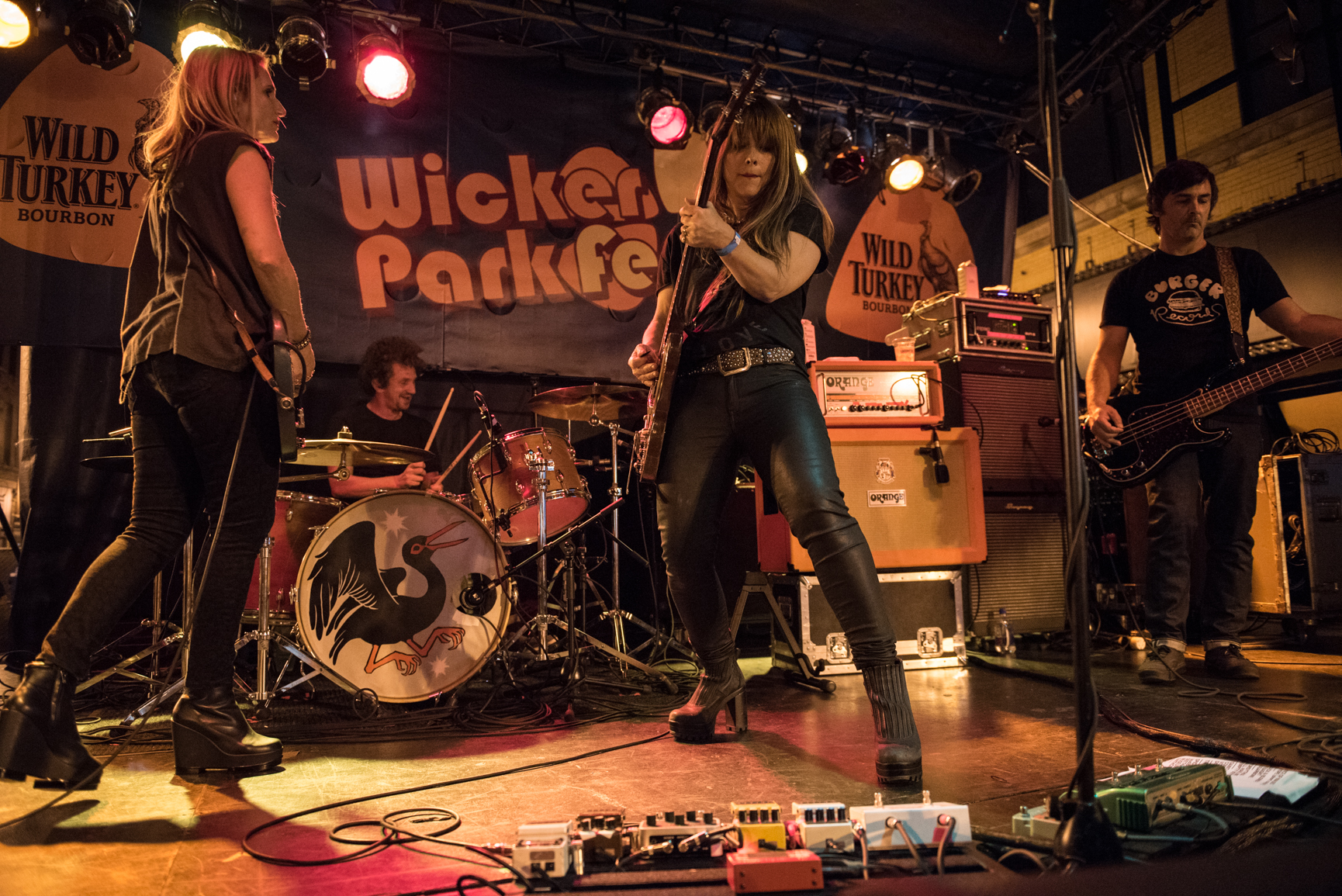 Milwaukee Avenue in Chicago is one of those famous main drags that plays home to icons: Double Door, the Congress Theater, SuperDawg, and the list goes on. Sunday night’s Wicker Park Fest culminated with another Chicago icon on that famous street: a jam-packed rock show from reunited hometown legends Veruca Salt.

Following a short, sweet, and sweaty set at Beat Kitchen on Saturday night to prime the pump, the ladies and gentlemen of Veruca Salt (singer/guitarists Nina Gordon and Louise Post, drummer Jim Shapiro, and bassist Steve Lack) took the stage and then took no prisoners for a 75-minute set that explored a near-perfect balance of new and old.

Classics like “All Hail Me” and “Spiderman ‘79” clearly resonated, sparking singalongs from the mix of younger fans (a few children on shoulders were seen singing along, which proved promising!) and lifers who pressed tight to the barricade in an effort to get as close as possible to the ax-grinding duo of Gordon and Post as Lack and Shapiro kept things chugging. The band’s new record, Ghost Notes, an incredibly tight affair overflowing with every hallmark of Veruca’s signature sound, was modestly represented, with singles “Laughing the in Sugar Bowl” and “The Gospel According to Saint Me” sparking an equal amount of fan fervor, and mid-tempo rager “Triage” offering lyrical catharsis for “stuff that went down” a long time ago in Chicago, according to Gordon. The wall-of-sound guitars on new cuts like “Black & Blonde” and fan favorite “I’m Taking Europe with Me” were even crunchier, and American Thighs’ epic “25” was inspired as well, allowing plenty of opportunities for Gordon and Post to play off each other, exchanging frequent smiles and the occasional joke.

And play off of each other they did. As guitar duos go, they’re up there on the list with the K.K. Downing/Glenn Tiptons of the world, Malcolm and Angus Youngs, relying on each other’s cues and solos to set the course for improvisation and transitions. And considering the unexpected and wholly welcome nature of their fairly recent reunion, the interaction is certainly fun to watch.

Not every band ages gracefully, and even fewer become more engaging and better with the passing years. Veruca Salt are doing both. All hail, indeed.

I’m Taking Europe with Me

Laughing in the Sugar Bowl

The Gospel According to Saint Me

Don’t Make Me Prove It

The Museum of Broken Relationships