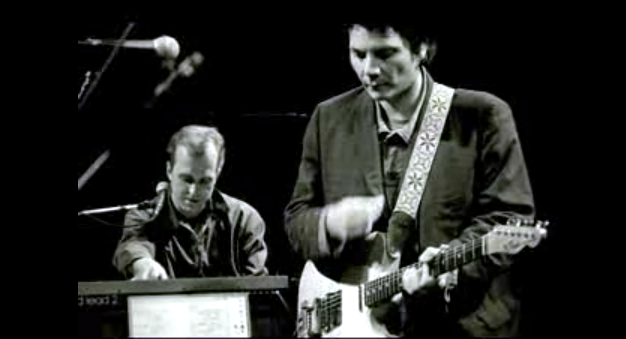 Reprise Records refused to release the album when it was completed in 2001. After leaving the record label, Wilco acquired the rights to the album and streamed the entire album on their website for free. After Wilco signed with Nonesuch Records, the album was officially released on April 23, 2002.

Yankee Hotel Foxtrot was a critical and commercial success for Wilco and is their best selling album. The album reached number 13 on the Billboard top 200 chart and made 3rd place in Rolling Stone’s 100 Best Albums of the 2000s. This was the last album with multi-instrumentalist and songwriter Jay Bennett and drummer Ken Coomer, but it was Wilco’s first album with drummer Glenn Kotche.

My Jukebox Pick of the Week is “Heavy Metal Drummer” by Jeff Tweedy from Wilco’s album Yankee Hotel Foxtrot.

No Pitchfork tickets? No worry! Stream the concert for free here!