My Bloody Valentine Live at the Aragon – Chicago – November 2013 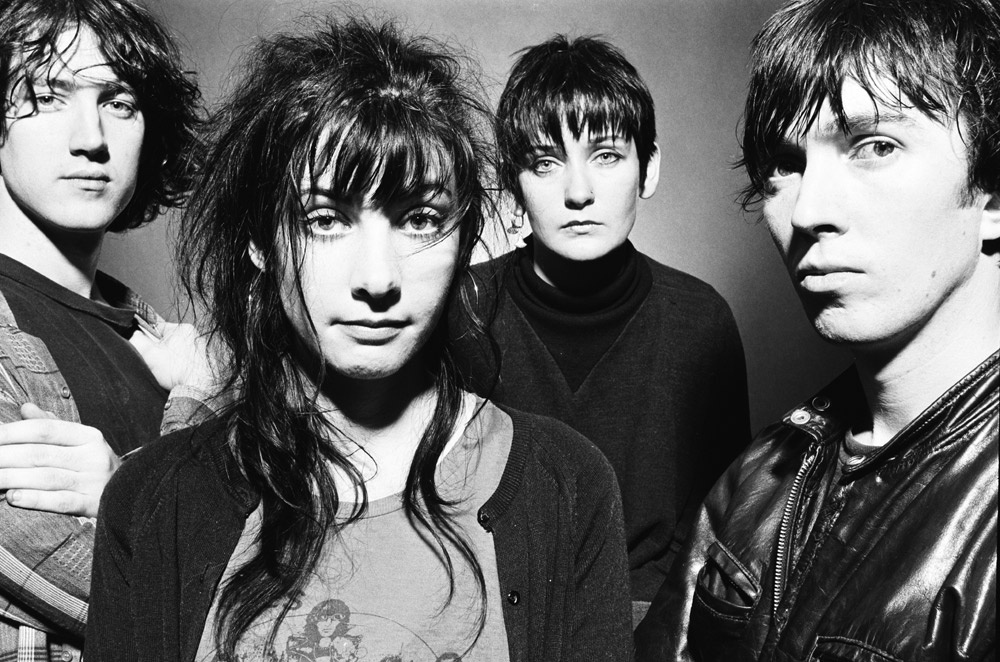 My Bloody Valentine return to the Aragon almost 5 years to the day after the first reunion show brought back the sonic-shoegazing sound that made them icons in music. This time promoting their new (3rd full-length) album, “mbv”. The first new studio release album in 22 years.

My Bloody Valentine are Kevin Shields, Bilinda Butcher, Colm O’ Ciosoig and Deb Googe. They are an Alternative rock band formed in the mid 80’s in Dublin, crafted in London. They gained high praise for their work early on spawning singles and EPs before the critical success of their masterpiece, “Loveless” in 1991. Numerous bands and musicians sight My Bloody Valentine as influential including Billy Corgan, Trent Reznor and Nirvana.

Tonight was a classic My Bloody Valentine show. For those not aware, (as if the passing out of ear plugs at the door wasn’t a giveaway) were about to be bombarded with lights and sounds until they hurt in an extreme assault on the senses.  Attending a MBV show is not just a thing to do. Not just a concert. It’s an experience. Some claim spiritually. Others just soak it all in and absorb the energy that they project. This isn’t a sing along, mash pit or dance hall type band, this is more cerebral. You go to be a witness something out of this world.

Before the band takes the stage, technicians and stagehands make careful placement of each of the massive collections of gear. Tape measures used to meet the precise needs of the band. The My Bloody Valentine sound is very intricate. Proper placement of mics, amps, effects and lighting all have to be right to make it work. Kevin Shields has a plan, and if followed, works with amazing, controlled chaos, grace.

The lights dim, the “mbv” initials appear on the stage back wall mixed in with a wash of swirling colours. The band walks out to a cheering crowd and take position as if manning a position at a NASA space mission. Strap yourself in for sensory overload, as this launch is about to take place. Kevin, not much for words but says hello to Chicago and then… 5, 4, 3, 2, 1 liftoff! begins with “Sometimes”. The continued swirl of lights blanket the band and stage gear blending with the huricain of guitars and drums. Colm is a human metronome. Every repetitive beat precise and commanding. Deb, always in groove, backing his every move. Bilinda and Kevin driving the march with a wall of sound and angelic voices. Notibaly, a keyboardist joins them on stage contributing to even more soundscapes.

They continue their virtual orbit of the stars within the Aragon’s moonlit sky commanding one intensely powerful song after another. During the gaps between songs, (in between changing out guitars and readjusting fx) there was a vast contrast in mood. An almost uncomfortable silence from the band. After “Going to 11” seconds before, they bring us down to 0 with no real interaction with the audience. Not unusual for the band, but that’s not to say the house was quite. In those gaps, you’d get the occasional shouts of, “We love you!” and “You guys rock!” or a quick half heard blurb from the band, but for the most part, silence. Almost as if you had to cleanse your pallet before the next taste, or maybe just a rest of the eardrums. No matter, they continued through 18 songs total before ending the night.

By this time, now almost an hour and a half into it, Kevin announces, “This is the last song”. They rip into “You Made Me Realize”. In true My Bloody Valentine fashion, about 2 minutes into the song, they blast off into the sonic rumble of noise. A ten minute audio assault driven by churning guitars through mounds of effects pedals, walls of amps, drum smashing, cymbal crashing, skin thrashings and pounding bass hammers. Relatively mild by MBV standards as some of these endings have been known to last 20 minutes or more. This is where you find the “Newbs” in the crowd. Those not aware of what is taking place. Those pushing in those little orange earplugs a little deeper. Looking around in an almost bewildered look to others as if to say, “Is this normal”? “What’s happening?” “I just lost bowel control”. Yet to others, a time to take it all in and experience that what it is. This is what it’s about. You feel a My Bloody Valentine concert. Not just emotionally, but physically. It rocks you to your core. If you didn’t have A-fib before you came to the show, you might on your way out and, if you did, you can thank the band for setting you straight.

I liken this part of a My Bloody Valentine concert to that of a rocket launch. Kevin, Deb, Colm and Bilinda are those NASA scientist/engineers controlling this mega-ton expulsion of audio and visual chaos into a well guided lunar landing. We just happen to be in the cargo hold along for the ride and this ship is heading home.

The show ends just before 10PM to an awestruck audience. No encores. Just time to wrap it up and let it all sink in. My Bloody Valentine looked and sounded amazing. Hard to believe it’s been 22 years since the height of their peak.

If you’ve not experienced a My Bloody Valentine show, you need too. The albums are great, but to really get to understand what it’s like to know MBV, a live show is the only place you can truly get it. The fact that they rarely tour and have limited stops make it even more rewarding. I just hope it’s not another 5 years before we can relive this adventure again.

For more info on My Bloody Valentine: