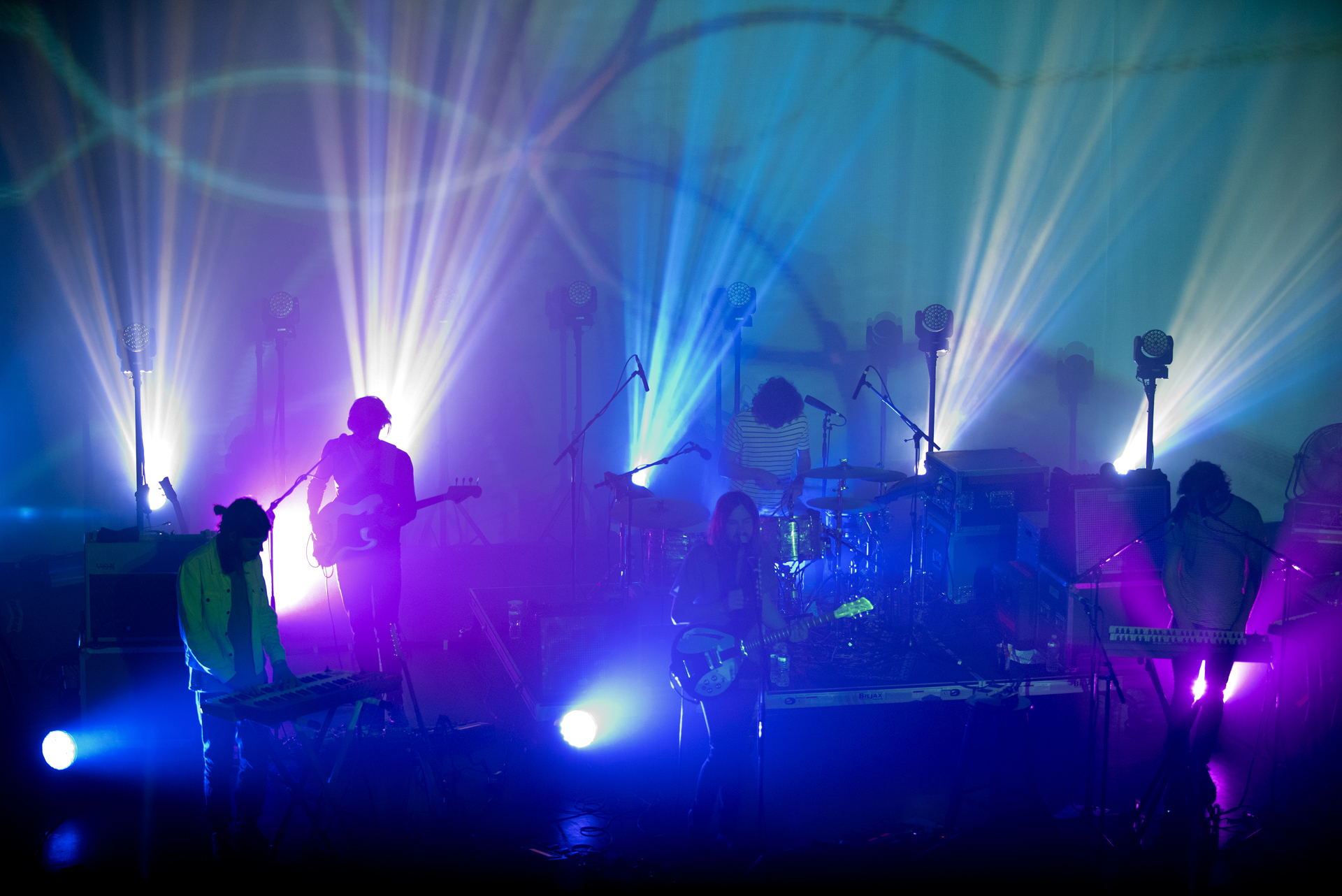 Grammy nominated and keeper of several awards from around the world, Tame Impala is the Perth, Australia based psychedelic recording project of Kevin Parker. The band rose to prominence in 2010 with the release of its debut album Innerspeaker and received critical acclaim for its 2012 album Lonerism. On May 7, 2015 the band announced that their third album, Currents, would be released in July 17, 2015. The band name “Tame Impala” is a reference to the impala, a medium-sized antelope.

They played a sold out show with supporting band, Mini Mansions at the Riviera Theatre in Chicago on May 15th, 2015.  It was a true psychedelic show.  Intro grooves, melodic jams, fog filled stage, vibrant dancing colored lights and special effects that included a projector that moved to the strums of guitar chords and of course, puffs of smoke from loyal fans.

The origins of the band can be found in the Perth music scene. Parker played in a number of bands, one being the Dee Dee Dums, a rock duo that consisted of Parker (guitar) and Luke Epstein (drums). Tame Impala emerged in 2007 as a Kevin Parker home-recording project in this period and he posted a number of tracks on Myspace. This brought interest from a number of labels and eventually, he signed a worldwide deal with the independent Modular Recordings in July 2008. To transfer these recordings to a live-stage, Parker enlisted the help of Dominic Simper (bass) and Jay Watson (drums) and began playing at some local gigs. (source Wikipedia)

14. Feels Like We Only Go Backwards
15. Nothing That Has Happened So Far Has Been Anything We Could Control

For more on Tame Impala: