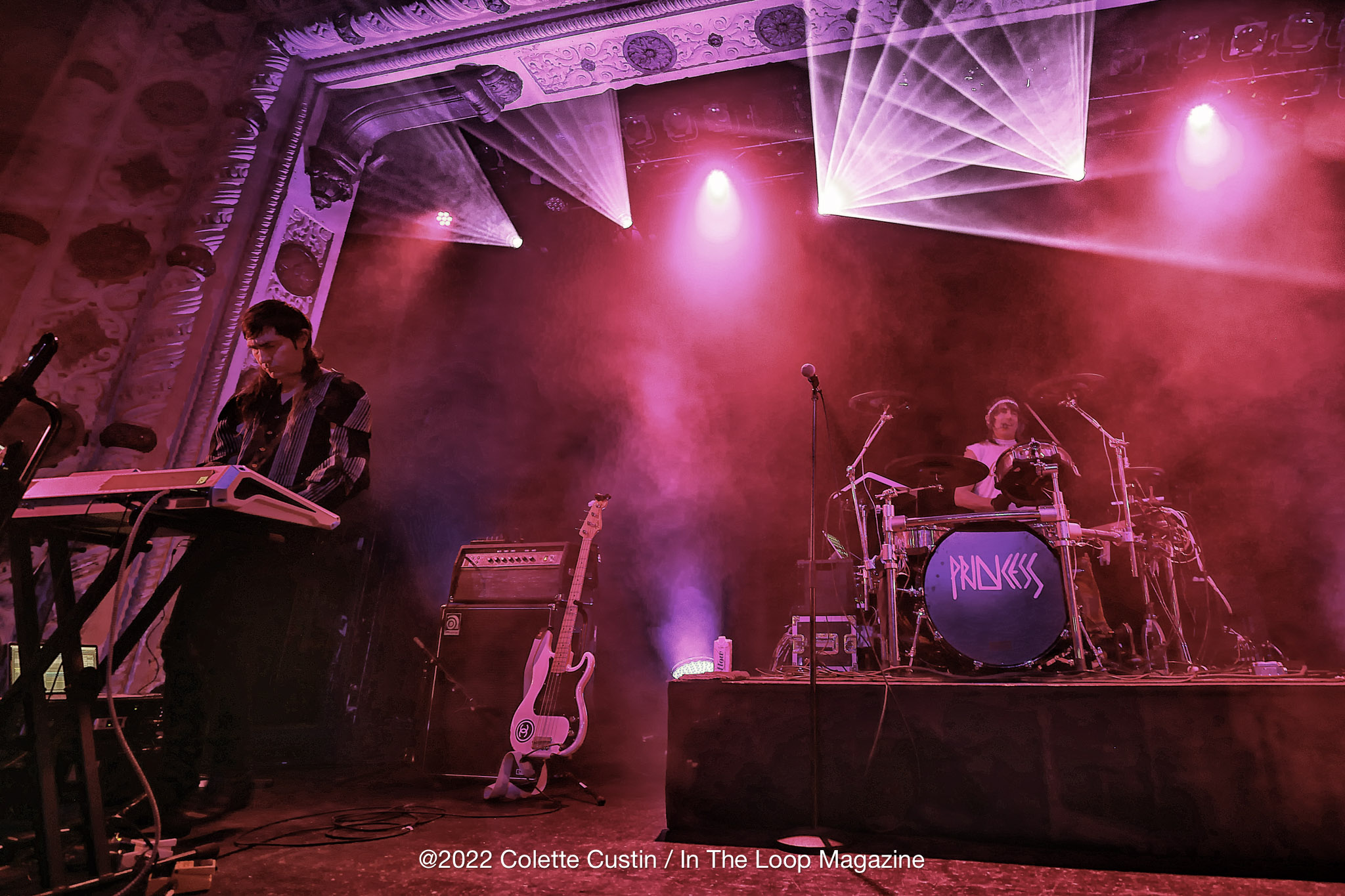 Art-rock trio Princess Goes to the Butterfly Museum delivered a genre-bending, mesmerizing set at the Metro on Sunday night, making good on the promises of their debut album Thanks for Coming (2021) and offering a glimpse at a bright future.

Vocalist Michael C. Hall, drummer Peter Yanowitz, and keyboardist Matt Katz-Bohen make a noise big enough for a band twice their size, and the unpredictable nature of their arrangements make for an endlessly fascinating approach to songwriting.  Hall’s voice is soothing one moment (like in the sweeping “KetaBOST”), sharp and biting the next, and the nicely paced setlist had an almost conceptual feel, from the catchy hooks of “Let it Go” to the spacey-sounding harmonies of “Sideways.”  Yanowitz’s percussive drive gave songs like Cruel World a cohesive feel that bound the elegant verses to the bombastic instrumental refrains, and “Angela Peacock” evoked Doolittle-era Pixies before defying easy arrangement yet again.

It’s tough to explain the sound of this band, which is every bit a good thing; while tunes like “Cruel World” and “Armageddon Suite” conjured moments of early-2000s Radiohead, there’s no cribbing or directly applying influence here.  One got the sense as the night went on that only this unique combo of individuals could craft this specific sound; there was no anchor in terms of a category or ‘type’ of music, combining elements of rock, disco, and synth pop in a fresh and interesting way; the lack of guitar/bass wasn’t even noticeable given Katz-Bohen’s instrumental versatility.  One of the most engaging bands to emerge from the lockdown-induced creative boom of the last few years, Princess deserve everyone’s full attention as a band that fully owns its unique identity and sound.

Call and Talk to Me