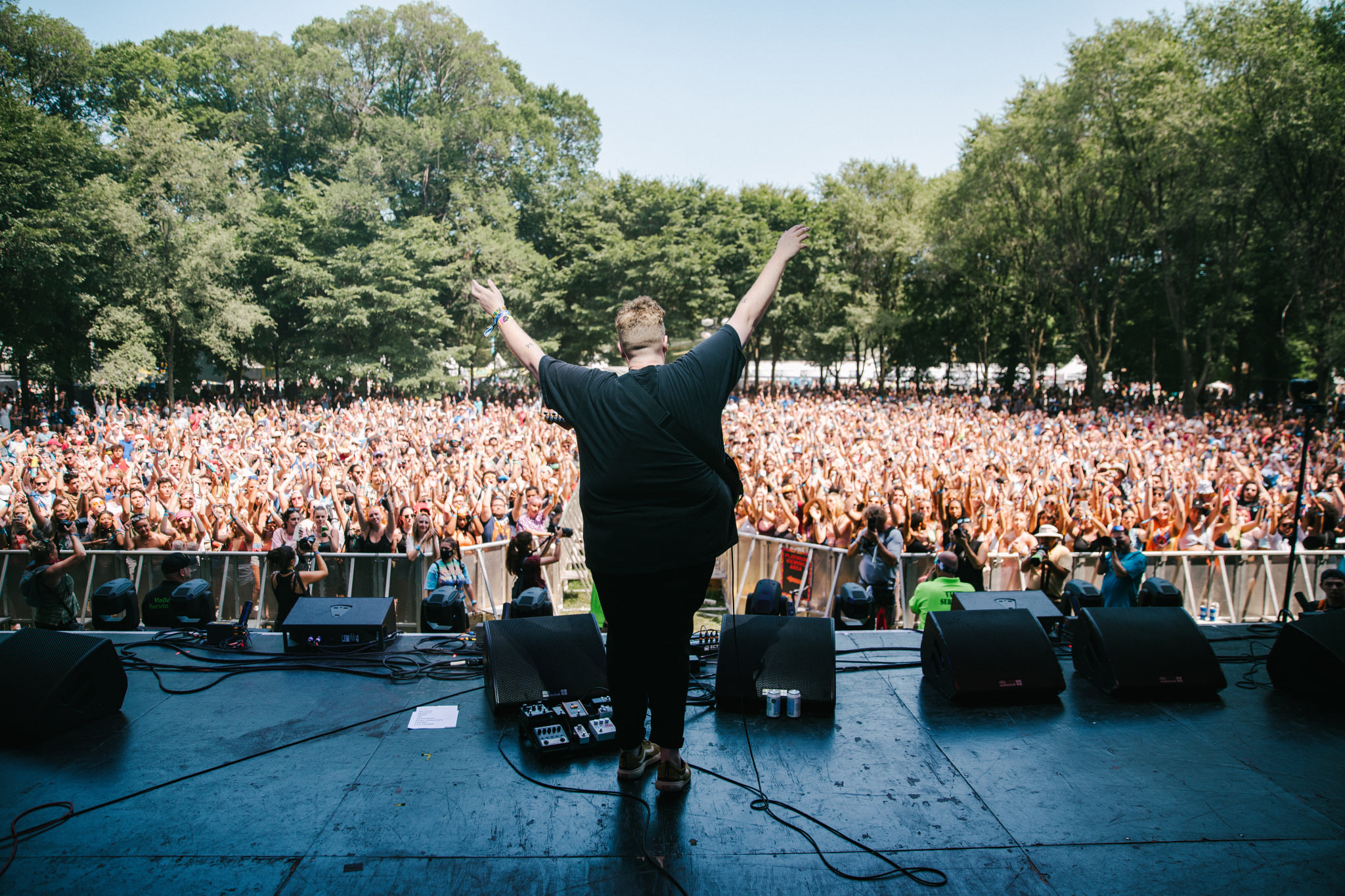 Can dreams come true? Yes, they can – just ask Jason Singer of Michigander, who has long hoped to drink from the Lollapalooza chalice and got his chance on Saturday, playing a stunner of a set to a crowd that couldn’t get enough of his heartfelt indie rock anthems. I was fortunate to catch up with Jason literally minutes after they got off stage to get their thoughts on touring, Chicago, and—of course—playing Lollapalooza.

In the Loop (Christopher David): So…the obvious question, now that it’s finally happened. How was it playing Lollapalooza?

Jason Singer: Honestly, I’m kinda sad—it’s over! *laughs* No, it was incredible. I’m looking forward to being able to check out photos and videos and whatnot, but overall, I just feel really grateful. So grateful.

ITL: As a huge fan of your music, it was so satisfying to see such a huge crowd for your set. What’s your experience been like in Chicago, leading up to this? You’ve played an exhaustive amount of gigs in the last few years around the midwest.

JS: My first show here was to about eleven people, in a house, somewhere? Then we played Uncommon Ground to about sixty people, when we were doing more acoustic stuff. Then we did Tonic Room, we sold that out at about eighty or ninety people. Then we did Schubas, and now we’re doing Lincoln Hall (on October 28th). I also love Thalia Hall.

ITL: Thalia is amazing—one of our best venues, I think, and the new Double Door is shaping up, too. One of the things I love so much about Chicago, as a music fan and a musician, is the broad cross-section of venues we have, from really small clubs to big halls, but they all still have a lot of character.

JS: Agreed, Chicago has always felt like a second home to me. Maybe for that reason, I was expecting a lot of friends watching from the side stage for our set—I really wasn’t expecting that huge of a crowd! It was nuts.

JS: Coast to coast, yeah. I’m so happy that we’re getting back on the road. We’ve always been a band that always been about just hopping in the van and doing the show – now that we have a team and everything, it’s really nice, it’s different.

ITL: And after this tour, are you headed immediately into a new record?

JS: We’re already working on that, actually, and it’s going to be a big guitar album, that’s what I really want it to be. For the first time, I’m really feeling confident in my abilities, if that makes sense? For a long time, you don’t really know how something will connect. We’re going to be doing a lot more touring in the spring, too. We’re just really grateful to be doing what we’re doing.

Check out Michigander at Lincoln Hall on October 28th, click here for tickets