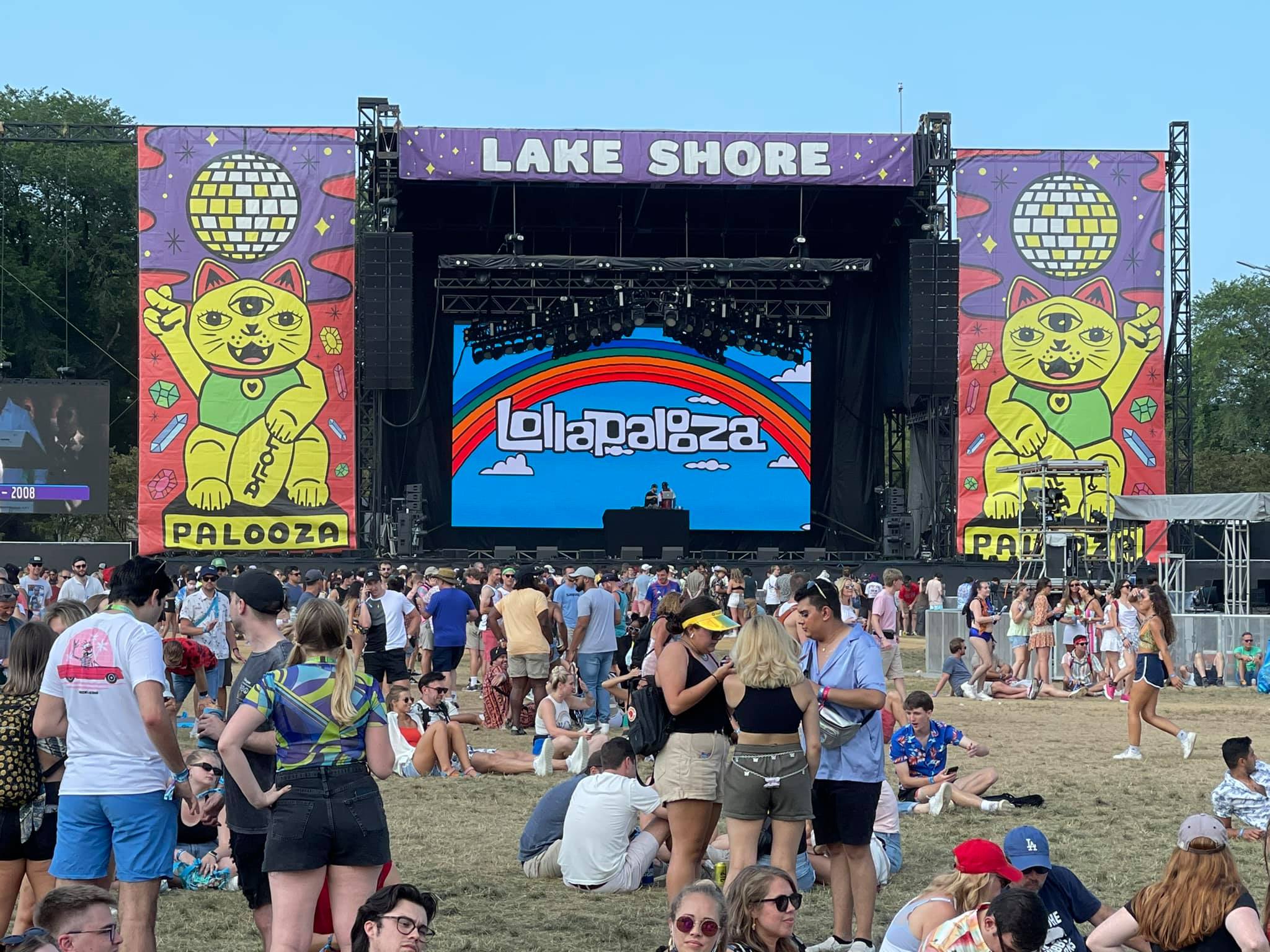 Day 3 of Lollapalooza was perhaps the best representation of ‘old-school’ Lollapalooza (some of us have actually been going for thirty years!), with a wave of rock bands who all put their unique stamp on sound and song.

Leading the charge right off the top was Glove, a Tampa-based foursome whose style and substance was polished and exciting despite their age—both in years and tenure. (And one has to wonder if their name is a callback to a short-lived Robert Smith side project.) Bringing early goth atmosphere to an otherwise sunny day. Vocalist/guitarist Rod Wendt evoked the spirits of the best in ‘80s new wave (think Bauhaus or early Siouxsie) while still sounding fresh and not derivative—there aren’t a lot of new indie bands that sound anything like Glove, so they’re a band to watch.

It’s easy to get caught up in the idea of Lollapalooza as something that’s just always been there, and sometimes we forget that it’s the World Cup of musical achievements for many. Count Jason Singer and his stellar band Michigander among that number; in the weeks leading up to the fest, Singer has made no bones about how much of a dream come true playing Lolla was to be for his particular brand of anthemic rock, and on Saturday, he saw that dream through with one of the single-best sets of the entire weekend. Michigander’s style is perfect for a sunny day at a giant music fest—Singer’s tunes build and explode with introspective, narrative lyrics that are cunningly clothed in soaring melodies on par with arena giants like U2 and Arcade Fire. Even in quieter moments like the brooding “Red,” the crowd was at full attention, and when it came time to sing along with recent single “Let Down,” the sense of celebration was palpable. A band like Michigander is why we all care about live music – don’t let them get by you for another day.

Imagine your first time in Chicago was playing Lollapalooza. Seriously. That’s what The Backseat Lovers had to take in on Saturday afternoon and they well prepared for the task. Hailing from Salt Lake City, the four-piece brought a unique blend of classic rock, Americana, and jam-band sensibilities along with thoughtful lyrics and a no-frills attitude—all of which combined for a sound that was uniquely theirs. (Check out our interview with the band for more!)

Festival stalwarts Young the Giant never fail to deliver a set charged with emotion, and that’s exactly what the T-Mobile stage crowd got through a set that opened with “Apartment” and saw the band through bouncing, impassioned versions of “Something to Believe In,” “Superposition,” and a smooth cover of Fleetwood Mac’s “Dreams.” Vocalist Sameer Gadhia remains one of the strongest, most versatile singers in the game, and watching the California quintet’s chemistry onstage is always a masterclass in precision and hooks that make the most of the band’s musicality.

The afternoon drew to a close on a sweetly low-key set from much-loved Chicago natives Whitney. An eight-piece band that simply defies an easy category—always a good thing—by building elements of ‘70s pop, soul, and folk arrangements around infectious hooks and drummer/singer Julian Ehrlich’s falsetto. With mostly blue sky, a cool breeze, and our unmistakable skyline as their backdrop, the band delivered an hour-long set that included “No Matter Where We Go” early on, surely one of the finest indie rock songs to ever emerge from our fair city.