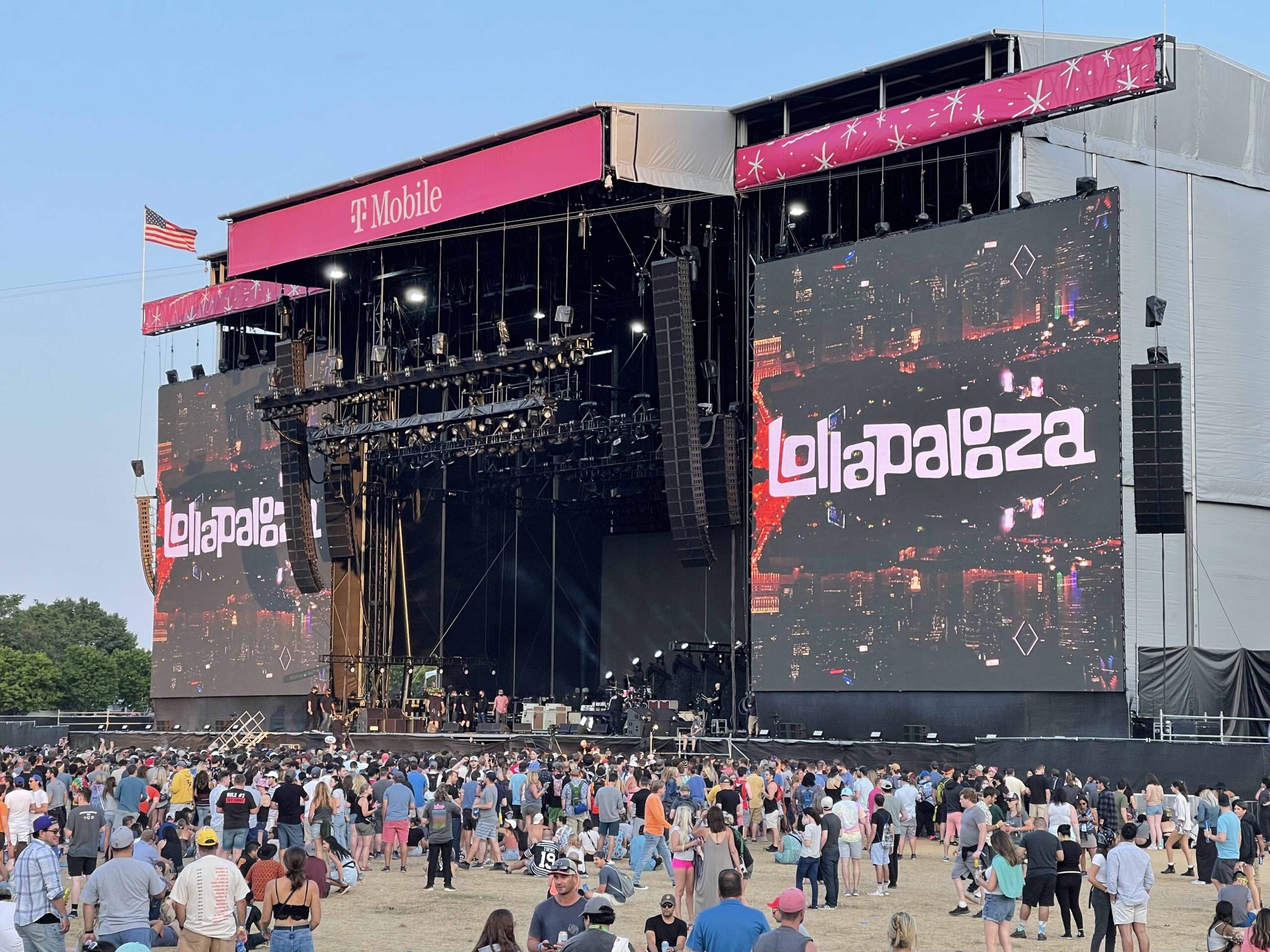 And on the fourth and final day, Lollapalooza begat…well, an excellent cross-section of what makes the festival so appealing to so many, as those in attendance were treated to some of the best names on the bill.

Sir Chloe started the day with a set of melodic, introspective tunes that would have been right at home during the heyday of the ‘90 alt scene. Singer/guitarist Dana Foote weaves clever, subtle narratives into her ear-worm melodies, and the result with songs like “Animal” and new song “Home Where” is classic, guitar-driven indie rock on par with the best of “bedroom” popsters like Lois Maffeo and a hint of Lida Husik. A pitch-perfect, distortion-drenched cover of the Velvet Underground’s “Femme Fatale” was a welcome addition to the set as well – keep an eye on Foote, as she’s on track to do great things, as her debut album Party Favors has already suggested.

If there’s one thing about Chicago, it’s that we’re never lacking for musical talent; it’s lurking everywhere and you could never hope to keep up with all of it, so getting a set from the incredibly talented Neal Francis and his well-oiled machine of a band was a real treat. Evoking the spirit of Dr. John, Wings-era McCartney, and the great Billy Preston, Francis’ piano-driven tunes offered ample opportunity for interplay between him and his stellar band. Leaning into new material on Sunday that made good on the promise of Francis’s 2019 album Changes, one couldn’t help but think of the many connections between Chicago and New Orleans’ classic boogie-woogie sound that provided the foundation for much of Francis’s song structures.

Taking the festival out on the first of two fronts was Band of Horses, singer/songwriter Ben Bridwell’s Americana quintet that, much like Chicago’s own Wilco, straddles a line between styles in a way that manages to bring rock and folk Americana together more deftly than most could hope. Bridwell’s melodies and vocal style overflow with melancholy even in their happier moments, and the bittersweet bombast of closer “The Funeral” played against the Chicago dusk made for some incredible atmosphere.

By the time Foo Fighters arrived, there’s no telling how many times attendees had to rally over since Thursday—but Dave Grohl and Co. made it worth everyone’s while with a set that touched on every era of the band’s storied career and still managed to offer some surprises. A slow burning “Times Like These” started the night off from a whisper to a scream as the band dropped in midway through on all cylinders, Grohl stalking the stage like a feral animal uncaged. Say what you want about the Foo Fighters—their energy and passion onstage is nearly unmatched in the current concert landscape. “My Hero,” “This Is A Call,” and even a cover of “Somebody to Love” with drummer Taylor Hawkins swapping out on vocals while Grohl returned to the drum kit (and Hawkins’ homemade Jane’s Addiction shirt was a nice touch, given the occasion). By the time the band arrived at “Everlong,” one of the most ubiquitous songs in all of rock, the crowd—and the band—had given all they had, closing out the final day of Lollapalooza in the grandest fashion possible.