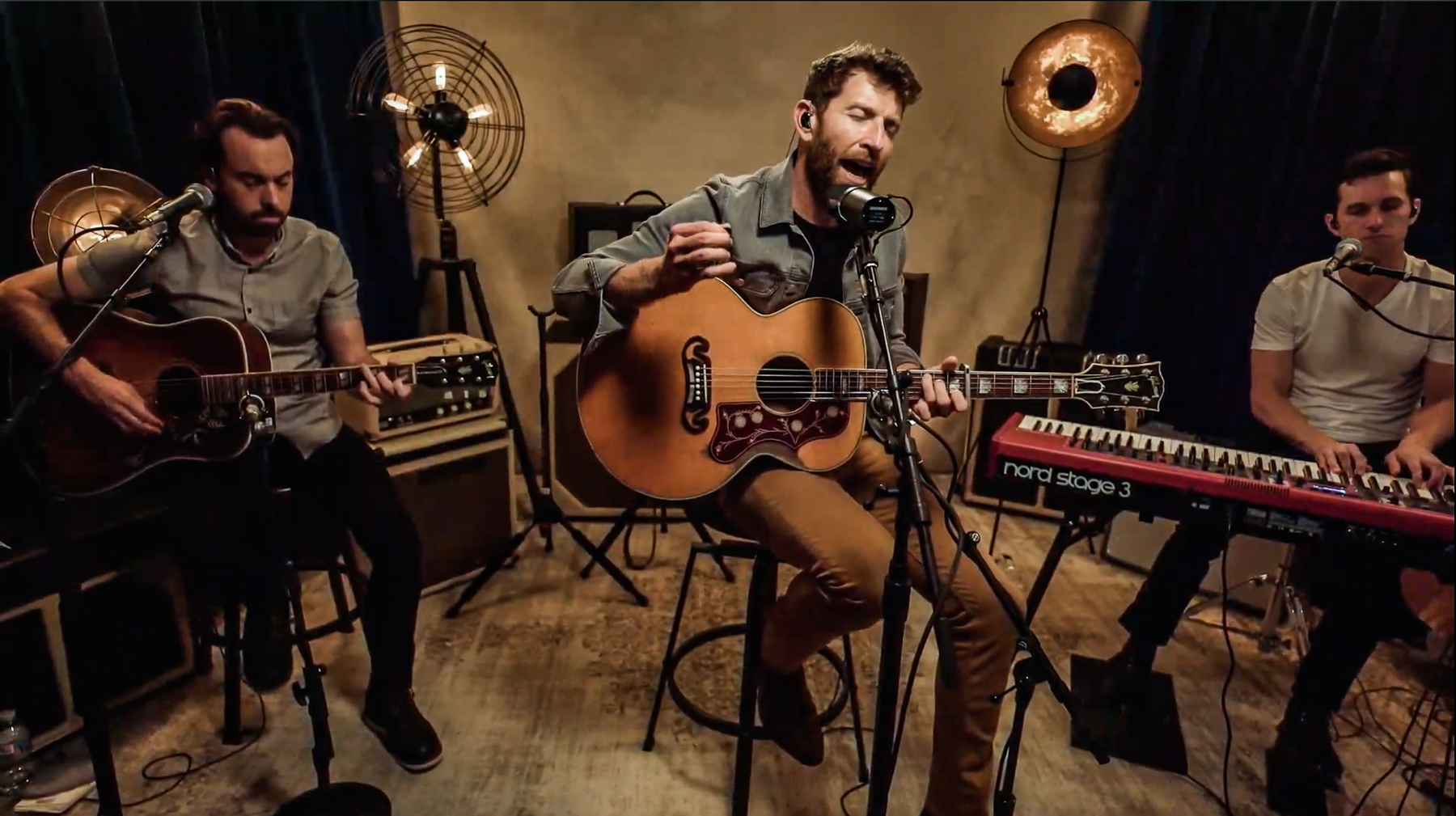 One’s first impression is that Brett Eldgredge is personable, reflective, humble and confident. He takes his songwriting and performing quite seriously. Quick to comment on where he is at now, Brett said “I got to the point where I kind of lost the magic and spark”, concluding that writing and recording his 2020 release Sunday Drive was “a journey to find my heart again, finding the important things in life and holding onto the moment that I have right here”.

The set consisted of four news songs, When I Die, Fall For Me, Magnolia, and The One You Need, and closing by playing solo his 2017 single The Long Way. Accompanying Brett was Ian Miller on keyboards and Will Herrison on guitar (and mandolin on The One You Need). Together they created a robust acoustic sound worthy of his strong voice.

Sighting his favorite venues as The Chicago Theatre, he waxed nostalgic about the time he had opened up for Willie Nelson there early in his career. Giving a nod to the theatre’s sponsorship of this live stream along with Southwest Airlines.

As much as fans and artists miss the energy of sharing live music together in the shared space, it is a consolation to experience such an intimate performance, albeit on screen. Eldgredge admitted that he is sure that he will get emotional the next time he is back playing to a live audience of fans. A sentiment we will all likely share.