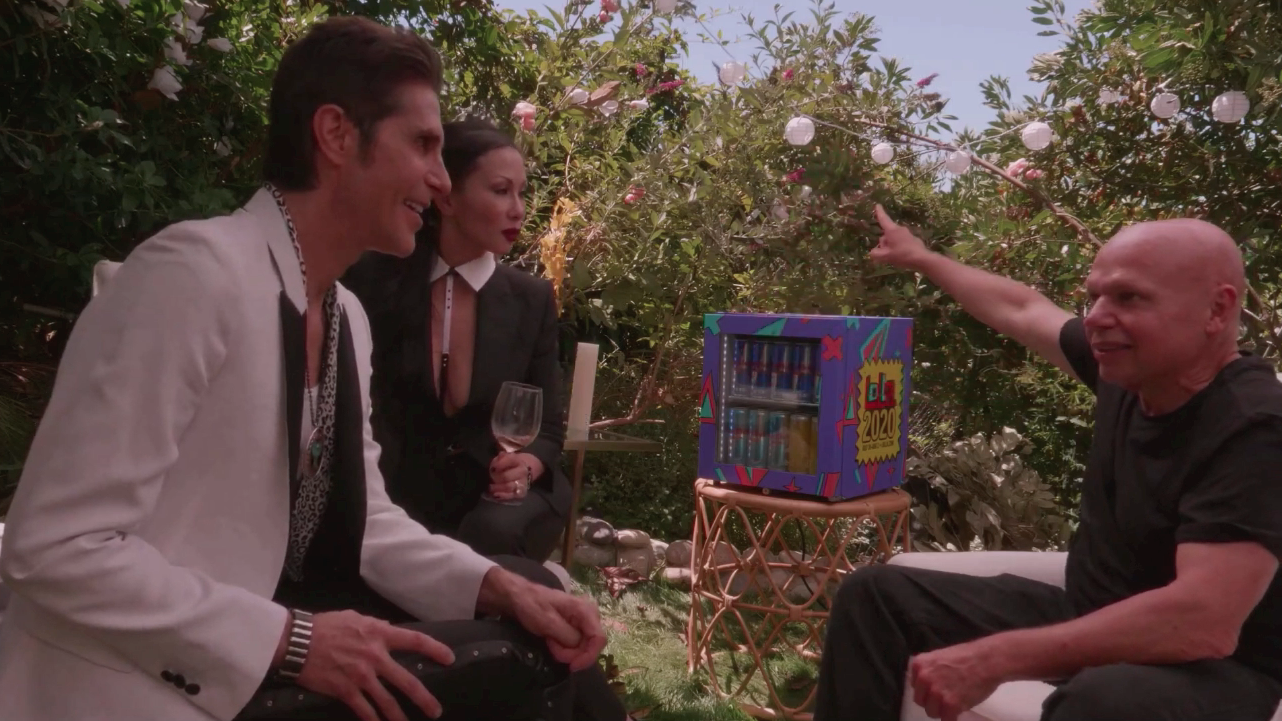 I’m sure everyone writing, or who has written, about virtual concerts in 2020 has said this already but it bears repeating, if you told me last summer that this summer’s concert season would be all virtual, I’d say you’re crazy. Well, thanks to COVID, here we are, the tale end of the outdoor summer concerts and we’re all stuck inside watching different iterations of what we used go out to do. That proves positive to the annual mega festival Lollapalooza as it just wrapped up it’s 2020 year with an online event in place of it’s Grant Park circus.

Perry Farrell and Co. surprised us just a few weeks ago announcing that something was indeed going to happen with Lollapalooza in 2020 even during a global pandemic in place. It went from a festival that refused to throw in the towel until last minute, to fully cancelled to, wait a tick! we are going to do something after all in a couple weeks, oh, and for FREE.

Former MTV VJ and host of one of the greatest music television shows ever to come out of Time’s Square, 120 Minutes, Matt Pinfield conducted the interview and lead into the bands performance. Pinfield talked to Farrell and his wife Etty about the festival, past meetings at MTV and how their music and festival influenced so many before throwing it over to a reunion of the band that included original drummer (and Perry’s right hand man) Stephen Perkins, original Guitarist Peter DiStefano and longtime friend of the family and one time member, bassist extraordinaire, Mike Watt.

The video cuts to the band set up in a section of Farrell’s garden nestled in a wooded nook and performed two songs acoustic with minimal equipment or fanfare. Farrell, with no visible mic (or vocal effects) belted out the lyrics to “Pets” and “Kimberly Austin” in a black open front vest, black studded pants, neck scarf and random bling. “Kimberly Austin” was previously mentioned by Pinfield as being a highlight during his time at MTV when Perry changed the lyrics to his name during a conversation they had at a taping off 120 Minutes. Perkins, barefoot, sat to the far screen right with a simple kit consisting of just 2 drums and a set of hi-hats (the man can make anything sound good, just watch “Gift” for an incredible drum solo with kitchen pots and pans). He was wearing a black PPE mask and sunglasses with his cut-off grey-t and shorts. DiStefano, in the back middle, cradled a acoustic guitar just as casual with an opened up red over shirt, black slacks, red socks and shiny black shoes topped off with black sunglasses. Watt, much more subdued in the scene as he was way back behind everyone sitting on stairs wearing a dark button down shirt, jeans, flip-flops and floppy hat hiding his PPE mask and sunglasses. Social distancing in full rock effect.

It was a pretty unusual setting to see this once enigmatic, trendsetting cult classic alternative rock band in, but it still worked. Just to hear this songs was enough to bring out all the emotions from back in the day when these tracks ruled the underground airwaves. My only real complaint (besides it being only 2 songs) was the way it was cut. It was obviously a prerecorded video but the quick, reckless amateur camera work and edits detracted from what this was supposed to convey. It would have been much better if they just had one camera pan back and forth between them all in one take as if you were sitting there watching this live and in person instead of poor attempt at MTV style quick takes. But again, I’ll still take this over nothing as its been for the last 24 years.

Farrell showcased a few of his projects during this 4 day event. We also heard from Kind Heaven Orchestra and Jane’s Addiction where he did get amplified and they rocked a (backyard?) stage.

Throughout the rest of the virtual fest, Lolla kept things moving with shortened live performances from artists throughout the past decade. They also gave voice and light to subject matters hot on the topic of today’s social and political views as well as even tying in the city of Chicago as they had Mayor Lori Lightfoot open the event off on Thursday.

My biggest concern for this, and all live music and festivals for that matter, is that they will continue again as they once were. Attendance has been falling for many if not all festivals for years for numerous reasons, but with the Corona Virus still raging strong throughout the US and rooting itself deeper into rural areas, I’m not sure how this will play out. Will fans want to come back to these massive gatherings anymore? Will there be fear of catching something else? For some, a fear of getting trapped in a mass shooting is still a concern. Another factor seems to be the generation changes. Here’s were I’ll sound old (this coming from someone who attended the very 1st Lollapalooza in 1991), but kids these days just aren’t into the massive festival scene, or music for that matter, as their older brothers, sisters and parents were. I myself am not a big fan of these gatherings, but love live music so much will deal with it for a few days just to experience it and get my new music fix. For me, it’s therapeutic. Something my mind, body and soul need – no matter what age. Without it, I can honestly feel a part of myself withering away. I will say experiencing this virtual festival had it’s positive moments as I didn’t have to wade through a 100,000 people, get caught up in an inevitable rain storm or melt away from 100 degree heat.

All that being said, please Lollapalooza, come back. I know in 2021 we’ll be begging for this.

COVID Concert Review: Out of SPACE And Just In Time Nashville Based Artist, Brett Eldredge, Plays Virtual Concert With Central Viewing At The Chicago Theatre