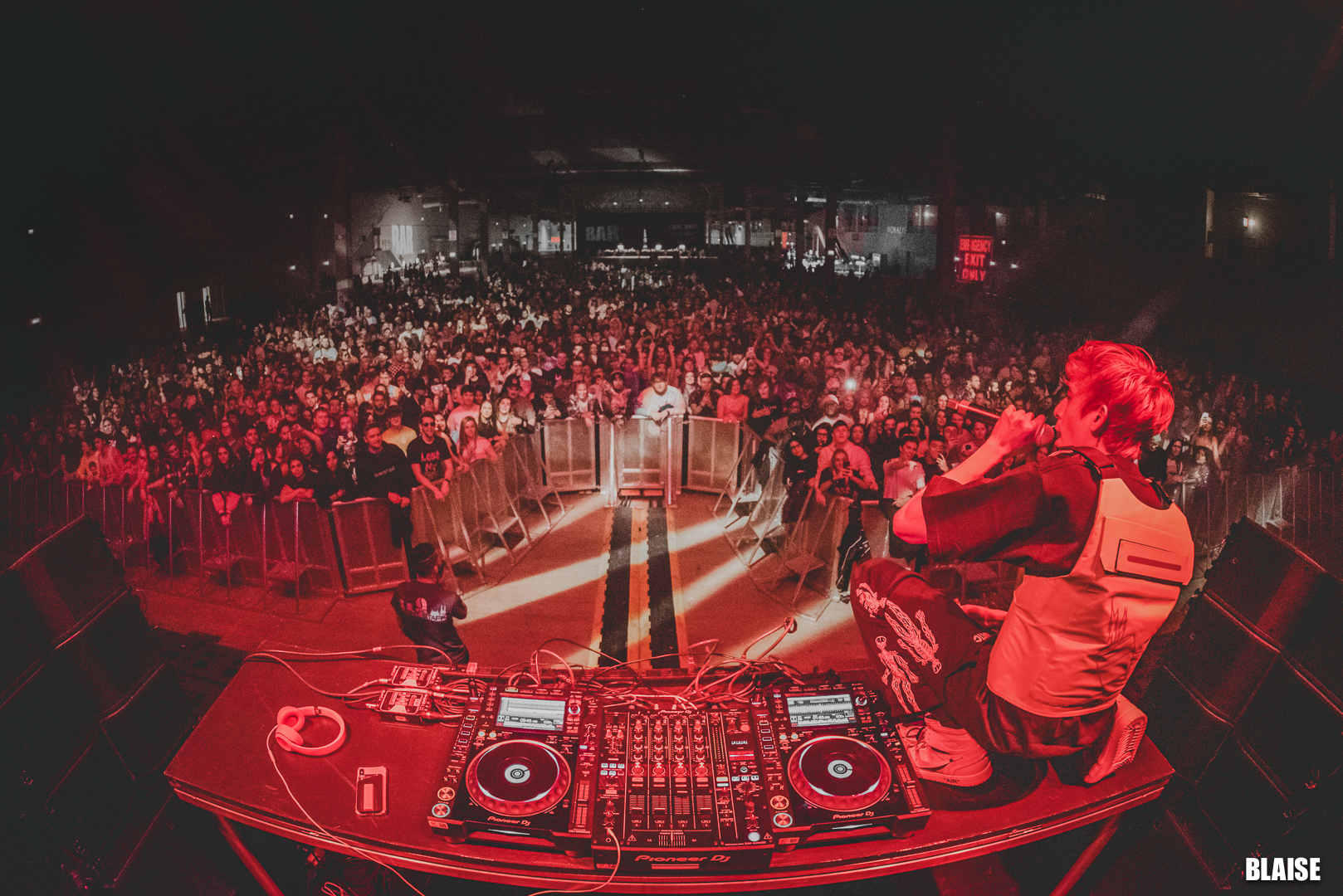 Diablo, a producer and DJ from Florida has joined forces with Dillion Francis and Alison Wonderland on their 2019 Lost My Mind tour as the supporting opening DJ. The Chicago show was held at Navy Pier’s Festival Hall.

Diablo sat down with In The Loop Magazine to talk about his recent work with Lil Pump and Kodak Black and what’s next in store for the young producer.

Annel: You have recently released songs with Kodak Black and Lil Pump, how did you get in contact with both of them?

Diablo: “With Lil Pump, he was one of the first artists that I really worked in Florida. I was recording a lot of artists in south Florida. I lived in West Palm Beach. He lived in Miami, (Pump). Had a couple of artists come through, one of the first ones was Wifisfuneral, an artist from West Palm Beach as well. Eventually I linked up with smokepurpp. (purpp) introduced me to Pump, and that lead to us having a really good chemistry. This was really before he was big or anything. We ended up designing like our own sound, a weird little five base sound. That’s where the song “Boss” comes into play, which recently went platinum.

Kodak is also from Florida, so I was able to get in touch with his manager, who is a really good friend of mine. I was sending him beats back and forth, which eventually lead to a studio session in LA. It took a while but then “Gnarly” happened. I produced that song with a couple of homies. Shout out to them, shout out to Derick! Who is one of Kodak’s main producers. One day I showed it to Pump and I was like “Kodak wants you to get on this” and he loved it, so it ended up really working out. With a lot of Florida artists, we are all kinda one big family, there’s a lot of producers, but it’s a scene we really created. It was just like this new generation of music including XXXTENTACION, Wifisfuneral, Ski Mask the Slump God, Lil Pump and smokepurpp.

Annel: What would you say started off doing first, DJ-ing or producing?

Diablo: I started off DJ-ing when I was younger, in middle school. I was super into it, which lead me to want to make my own stuff. I started doing edits. In high school, I decided to take it seriously.

I started producing hip-hop music in a recording studio that I built at home, nothing crazy, just stuff that I was able to get from working at a restaurant. I was able to connect with rappers that were doing their own thing and then a year later, they ended up signing to major labels. That really helped me out because, I started getting payed from the music. Pump ended up asking me to go on tour with him. I was his DJ and I was also able to DJ my own set. A lot of people were able to see that I don’t just do beats. I also do live performances. From there on, I wanted to do my own shows…I wanted to be the bridge between EDM and rap.

Annel: How did you become involved with the tour?

Annel: What can we expect next from you?

Diablo: Right now, working on my project, which should be coming out soon. It’s a project featuring a lot of artists like Lil Pump, featuring Ski Mask, purpp, all my friends really, and some unexpected people too. I’m going to have Noah Cyrus there. I would like to have more female artists like Rico Nasty as well.

I’m also launching a street wear this year. I actually just dropped a hoodie through my streetwear brand, Foolish Cult, which is also a record label. We are going to have a ton of artists. We had one limited hoodie drop that we did. First, we only launched it to our friends, artist friends and then put it out to the public, sold out quite fast. We are planning to put out a ton more clothing. It’s a mix between a record label and clothing line.

Annel: What was the inspiration behind your foolish tattoo?

Diablo: My Foolish tattoo is extremely connected to my record label, Foolish Cult, and Foolish Cult Records. When I was, younger I knew, I wanted a record label, so I started thinking of what I would call it, wrote down ideas crossed off a bunch and eventually lead me to liking Foolish Cult

A year ago, I finally started getting big, I wasn’t sure what to name my label or anything… and I was like I’m going to trust myself, and just name it that, then I tatted it on my face. A lot of my face tattoos they each have meanings, a lot of them are also just for the lifestyle that I live, this is what I’m going to do for the rest of my life. It really helps you stay in that mindset.

I released “Illuminati” this year, which is a song with Ski Mask The Slump God and Lil Yachty. I’m just excited to be working with more artists. I want to collaborate with people in every genre.