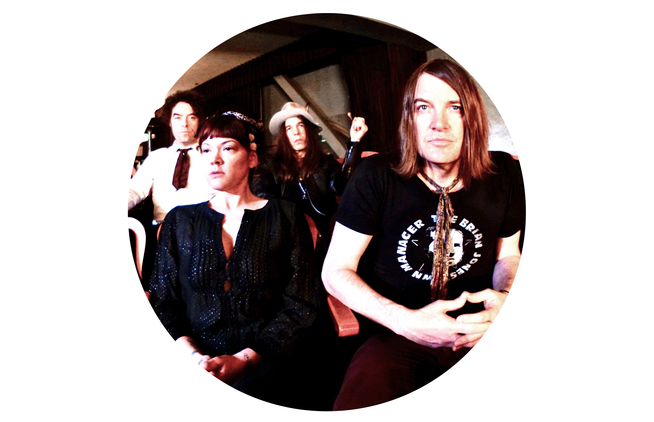 The Dandy Warhols celebrate their jubilee year by dropping their appropriately-titled “Why You So Crazy” LP on January 25th. Has it really been a quarter of a century? Most of the songs from their vast catalog don’t seem to have aged a day. Timeless and classic, there’s no denying that these indie darlings have longevity, and in this ‘here one day, gone the next’ musical landscape, that’s indeed something to celebrate.

Have you had a chance to listen yet?  Whether you dig the Dandys’ gritty or glittery, this new record delivers on all fronts. Their new single “Motor City Steel” is out tomorrow, January 11th, with the video premiering on Tuesday January 15th. It’s full of their eccentricities and is a little reminiscent of Iggy Pop’s version of “Real Wild Child (Wild One)’. Let me know if you can share the post tomorrow and if so, I’ll send you the proper link. If you can’t find the advance album stream that was sent to you – let me know and I’ll send another one via Promo Jukebox.
Described by the quartet as a return to their “freewheeling fashion”, there’s no stylistic boundaries here except good-hearted and heated rock n roll. The album features 12 songs that pack in references as far flung as Fred Astaire and Ginger Rogers, Don MacLean’s Chevy, and the church of Bowie’s “Modern Love”.
If you like the band for their sugar-coated, glorious psychedelia, then check out “Be Alright”
If you want to watch the amazing 360 degree video for “Be Alright” that was shot all in one take, you have to watch that on your smart phone
If you dig the Dandys for their quirky, weird brand of blissful haze, then check out the video for “Forever“
Album announcement for “Why You So Crazy” is here
25TH ANNIVERSARY LIVE SHOWS:
NORTH AMERICAN DATES:
May 3 – 5 Atlanta, GA: Shaky Knees Festival
May 6 Washington, D.C: 9.30 Club
May 7 Boston, MA: The Sinclair
May 8 Brooklyn, NY: Brooklyn Steel
May 9 Toronto, ON: CMW
May 11 Chicago, IL:  Metro
May 12 Minneapolis, MN: First Avenue
May 14 Denver, CO: Gothic Theatre
May 16 Los Angeles, CA: Theatre at the Ace Hotel
May 17 San Diego, CA: The Observatory at North Park
May 18 San Francisco, CA: The Fillmore
JUST ADDED May 24 – Napa Valley, CA  – Bottlerock