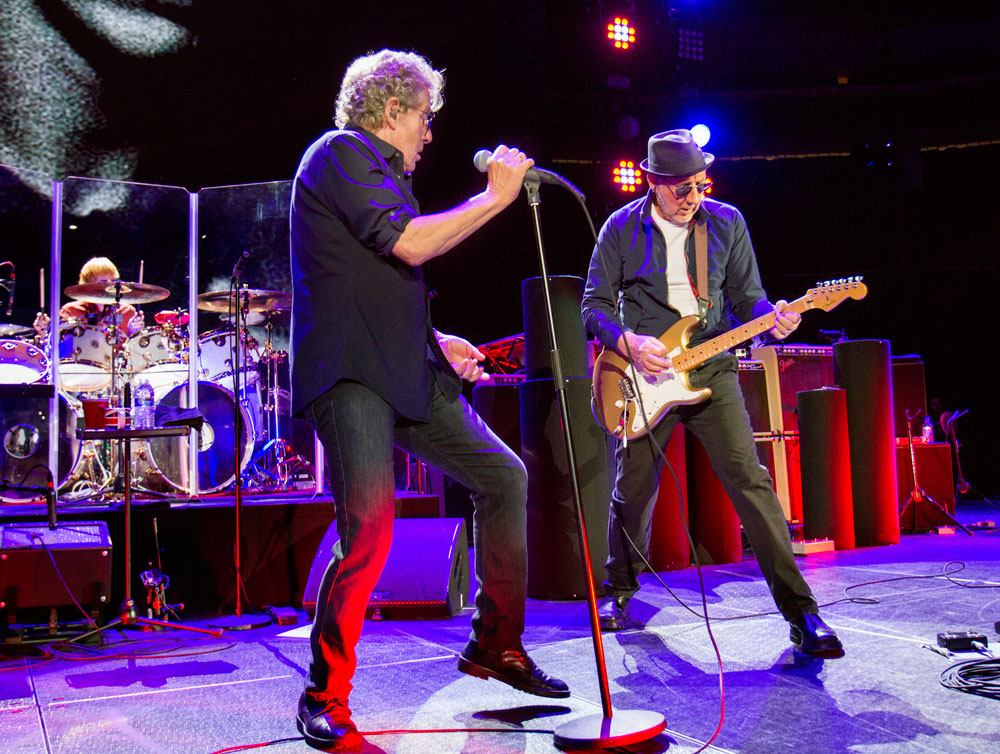 This morning, Pete Townsend of The Who announced via the bands website that they are in fact planning a US tour and new album for 2019. Townsend, 75, said he was approached by a company to do so and influenced by a large, undisclosed amount of money to do it. He said he was interested but only if they would release a new album. This would be the bands first new album in over 13 years since (2006) Endless Wire.

No official release date on the new record, or the tour, but he did say the tour would start in Michigan in March and run for 29 dates. Chicago was mentioned as one of those dates.

Here are the man’s words from his own mouth.

Happy New Year to all our fans and to visitors to this site. The world is still turning, and there is a lot of work to do to keep that happening. And to keep smiling, if we are lucky.

The Who will be back in action this year, with new recorded music, a new stage show (with absolutely no water drenching effects, lol), but some very special events. I’ve suggested we might do a special series of shows for our close fans towards the end of 2019; we shall see, plenty of time to work things out. More details to come soon, but it will certainly be an exciting year for us and it will kick off sooner than you expect. The Who’s managers, with Roger and I, are still planning things, but we’re all committed to a new WHO year ahead.

My favourite new music in 2018 was from Thundercat, Sia, The Internet (that’s the name of the band), Kendrick Lamar, Jaakko Kuusisto (Violin Concerto), The Hillbenders (new album this year). Best guitar music for me came from Gordon Giltrap.

Unlike a lot of people of my age I love a lot of trance as well as hip hop and rap. So Gareth Emery and Christina Novelli often accompany me on my drive through the English countryside while I pretend to be on the beach in Ibiza. My new crush in hip hop is the amazing Arin Ray. I’ve also enjoyed hearing my wife Rachel’s new music unfold. After her excellent work on Classic Quadrophenia she moved on to The Seeker, her own opera-musical based on the Siddhartha novel, that includes some music from me. It’s an amazing project, still in development. Rachel also has a stunning choral work, Animal Requiem, premiering at St James’s Church in Piccadilly on 31 January.

Not much new heavy rock that woke me up, I’m afraid. It’s pretty hard to beat Billy Idol from any moment in the past 20 years. I don’t think rock is quite ‘dead’, but it seems to be ailing, in the clinic, waiting for a transfusion. Hope I can help.

I’m not just using Spotify and iTunes, I also listen to a lot of internet radio stations. That’s where I make surprising discoveries. Music from all over the world. Could Gypsydelica be the new rock? They are from Romania and Bulgaria. Very different, but really infectious and starts me moving. I was also reminded how great Missy Elliott is when I stumbled across one of her tracks called ‘I’m Better’ on a Baltimore rap and hip hop station. I thought it was a new track, missed it first time round (in 2001).

Just so you don’t think I’m trying to look trendy with these ancient hip hop music references, I must remind you that at one of my speeches at the Rock & Roll Hall of Fame (a very long time ago) I told record chiefs, who were at that time seriously thinking of actively censoring New Orleans rap music, to “get the fuck out of the way”. I was an early student. Never been able to rap. But I sure can type!!!

The Who’s related charity work will continue. With Elton doing so much for AIDS, Roger concentrates on keeping the TCTand TCA teen cancer cash flowing and I help where I can with that. In my own case I try to help keep the UK charities REFUGE, NAPAC and various smaller animal charities like Paaws and Wiccaweys in the public mind.

Politics? Wow. Where to begin? Maybe best to just talk about the good stuff. Last year the PM Theresa May and Amber Rudd her Home Secretary at the time went out of their way to dedicate a very decent sum of money to NAPAC which does so much to help adults (like me) who are trying to live with painful memories of childhood abuse. I’m not exactly a Tory, but as a NAPAC patron myself I was very touched by this, and also by the PM and Amber Rudd’s personal interest in REFUGE. I am saying this now as both of them have been through their own battles with more to come I’m sure in 2019.

At this time of year I suffer from a fairly mild form of manic depression that in the past has caused me to turn to all kinds of addictions, prescribed and otherwise. I think it’s what we now know as SAD, but almost as soon as the days start to get longer, it gets better for me. I’m feeling much happier already, and it’s still January. I send out heartfelt love and compassion to all those who suffer from depression more seriously, and not just in the deep winter months.

Accepting the reality of clinical and psychological depression must be The Big Cause for 2019 . . . some artists have already been brave enough to speak about it. It’s not uncommon among creative people; it’s not uncommon period.

Time to be aware, and be as kind as we can to people who suffer from depression that can disable them as surely as a car crash. Medication, very carefully handled and prescribed, can really help so many.

Check back with In The Loop Magazine for more info on the new album and tour as it is released.