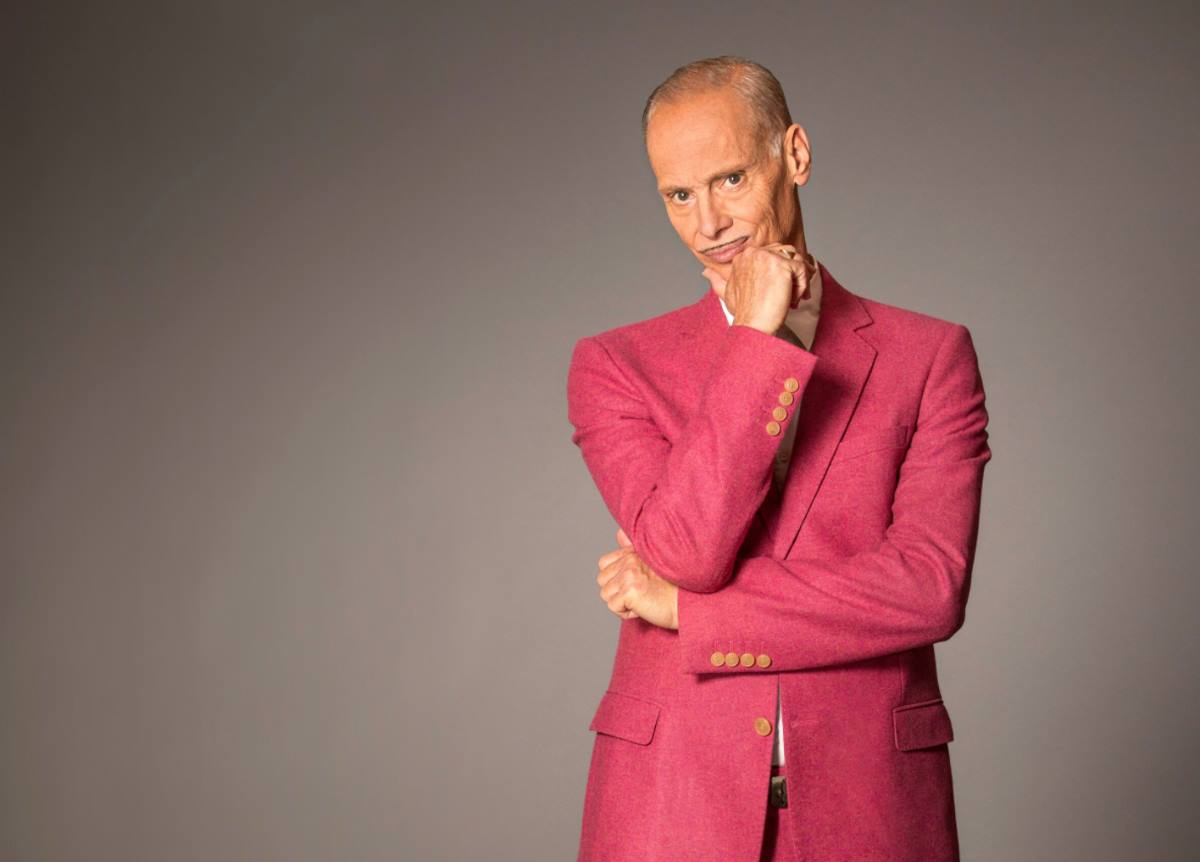 Monday night at Thalia Hall, a sold out venue filled with sick minded fans experienced an hour of self proclaimed, gay radical feminist, John Waters xmas show. They came dressed for a John Waters party in rainbow skirts, their best drag outfits, butch cuts and afro wigs. If you know anything about Waters, trigger warning, you’d know that this show was not for anyone under the age of 18 as the majority of the humor revolves around his perverted, sarcastic humor. And the fans wouldn’t expect anything less as his stand up consisted of topics ranging from Santa and his dysfunctional Christmas to The Virgin Mary, Trump, hipster clothing and fashion faux pas, being president, drugs, film and television, holiday travel and what he thinks would make the perfect Christmas.

John Waters, 71, actor, filmmaker, writer, director, producer of such cult classic as Pink Flamingos, Hairspray & Cry Baby and as of late, a stand up performance artist, has been touring his holiday Christmas show for a few years now and there’s no sign of it letting up anytime soon. This years show, set in Pilsen, was yet again sold out and standing room only proving there are plenty of perverted and demented souls in the Windy City looking for crooked enlightenment. Waters is happy to oblige.

It’s hard to track John Waters, as he doesn’t do social media or even have a website, but that doesn’t stop fans from finding him. He does do TV and radio appearances as well as write books though. For this show, he did however release some advertising in the form of tiny little chocolate’s with the event info detailed on it. As Waters pointed out during the show, he’s just as busy today as he has been for the last five decades in the business. This event is his personal connection and outlet to his fans where he can speak his mind and boy does he ever. If you’re not familiar with Waters style, let’s just say it’s brash enough to make a back alley transvestite crack head hooker blush.

It’s nine o’clock. The house lights dim. The audience erupts with cheers as John Waters walks out to center stage. The stage is set very simple. One tall Christmas tree framed the center back stage adorn with white lights set against a black backdrop with snowflake lighting. A ring of blue and white spotlights surround Waters as he takes command. Dawning his trademark pencil thin mustache, he’s dressed to the nines with a black and plaid suit custom tailored suit, white collared undershirt with bright red tie and red laceless vans. He rambles off several greetings to his fans like, “Thank you and welcome to the John Waters Merry Christmas Massacre 2017!”, “We’re gonna put the X back in x-mas” and “Merry Fist-mas!” He reaches into his tiny toy sack and throws out packets to the crowd exclaiming, “Anal bleach for all and Merry Fist-mas and Happy hole-a-day!”

Waters proceeds to dive right in and talk about topics like; “What is the meaning of Christmas?” “Who was baby Jesus and how was Mary a virgin anyway?” He continues with discussion about how did the nativity scene take place and who was really involved in that attraction.

Taking the conversation into another direction, Waters moves on to a discussion about hipsters and ugly clothes, how trends start and having a punk rock Christmas. He then steers into the direction of how he wants his own amusement park and what kinds of rides he’d have.

Of course he pushes the political buttons as well with call outs to the Republican Party, poking and jabbing as only he can. Surprisingly, he’s very open minded and urges those members to come forward to make claim against him and stand up for what they believe in. At one point actually calling out for any Republican/Trump supporters to stand up saying, “We probably have some Trump supporters here and you’re welcome here. I’m not a separatist. I’m hoping that during the questions and answers you can get up and say something as hideous as I’m saying to make us laugh too.” He continued with, “Because that’s the only thing we can do now, it’s civil war. The only way we can get each other to change is to get each other to laugh at our positions.” He goes on to describe how he would make the world if he were president and the unholy changes he would make.

Another segment of the show was about his fondness for unsafe Christmas and sex toys. Waters explained how a list comes out each year and he collects the things from it. Also, how he wants to invent new sex games, clothes with glory holes and the want for gays to be more outlaws and bad guys exclaiming, “Santa could give out gay ID’s if you passed the test. You should have to audition to get in.”

Other topic revolved around holiday travel, airline flight do’s and don’ts, hot gay republicans and how bad Santa ain’t just a movie, but a way of life.

He ending the night describing his perfect Christmas day being back home with nutty squirrels, flogging blue balls, Divine would be back, Cookie would be there and how he’d click his heels and he’d be back in Chicago sharing a cauldron of black Kool-Aid and we’d all drink together and go into convulsions. We’d be the chosen people and the filthiest people alive. That’s who Waters wants to be with and from the audience responses, they want it back.

John Waters is refreshingly honest, brutally vain and unabashedly funny. The stories rolled out strong like a stream of urine behind a freshly passed kidney stone. His comic timing just as precise as he write his scripts and overall passion for lectures like a psychopath killer in a Halloween thriller. Waters delivers the goods. Of course they’re all lumps of coal, but at least they’re nicely coated in gun oil for your pleasure.

For more on The Pope of Trash, John Waters, try here

Gary Numan Tours Chicago With New Album, Songs From A Broken World, On Savage US Tour Morrissey Live In Chicago At The Riviera Theatre On Low In High School Tour