Gary Numan Tours Chicago With New Album, Songs From A Broken World, On Savage US Tour 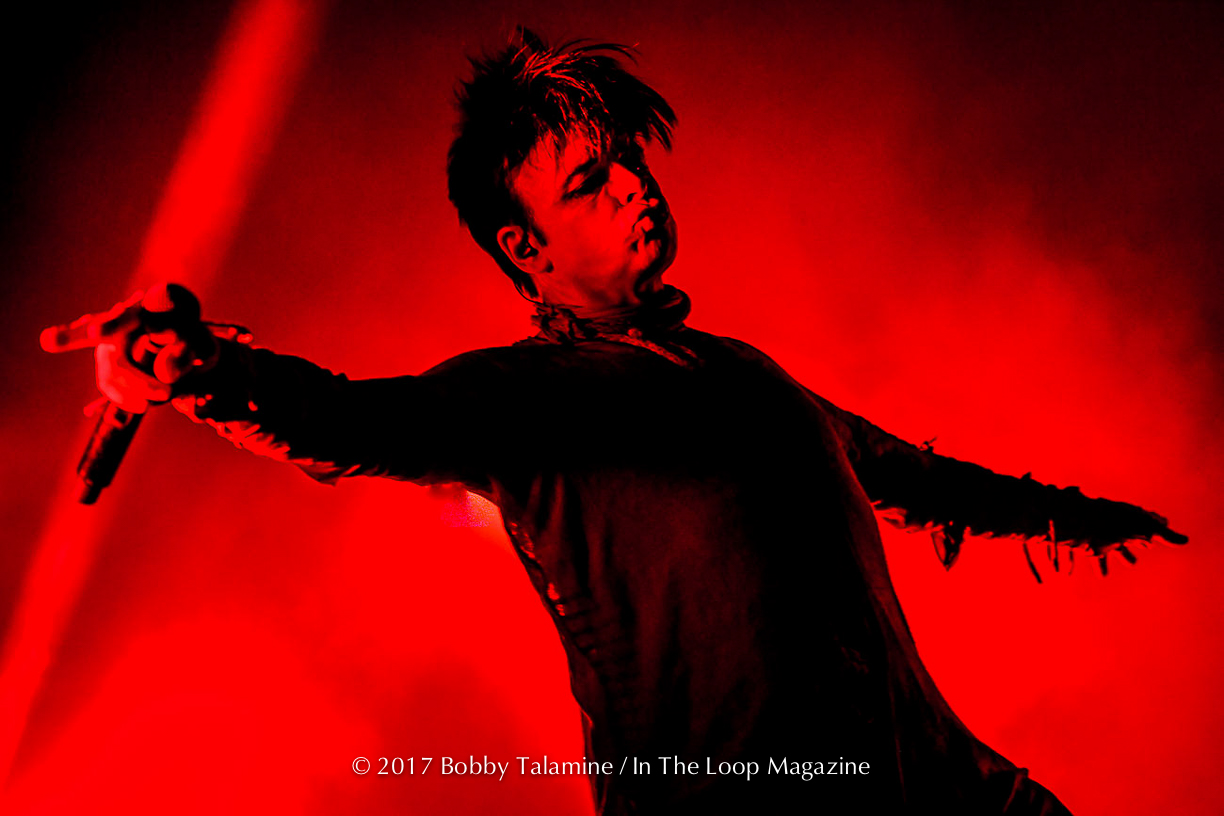 Gary Numan performs on the strength of his new release: Savage (Songs from a Broken World)- and is at the top of his game. The dark, dire and post apocalyptic world is clearly evident in Gary Numan’s live production, which made it’s stop at Chicago’s Thalia Hall last night. The US Savage Tour is a celebration of the robot who fell to earth and created a dark and fascinating world not far from Mad Max with over the top heavy guitar and keyboards, with a sharp right turn to the realm of all things Nine Inch Nails. And that’s a good thing.

Gary has his eyes and ears to the ground- similar to Trent Reznor in embracing tech innovation, and still embracing dark melodies with a somewhat Middle Eastern bent. In a mind numbing display of over the top and somewhat blinding vertical strobes mixed to the frenetic industrial beats, Gary Numan is forward thinking and miles ahead of his contemporaries who are stuck in the purgatory of being nostalgia acts. Consider when he played his most famous hit “Cars”, towards the end of his set: Like “Down In The Park” and also “Are Friends Electric”: all versions of these songs became dark and twisted that were warped with punishing beats that left little room for comparisons to the past outside of the lyrics and a modicum of melody.

It’s evident that Gary Numan is still quite restless just under the age of sixty, and has no desire to dive deep in his back catalog- instead the setlist is bent towards his most recent releases, that are very heavy, very dark and very aggressive. For a man who’s considered a pioneer of commercial electronic music, I embrace this theme of all things dark and sinister, while Gary maintains that distinctive voice of his, which at Thalia Hall, was clearly reaching the upper register with nary a problem nor a foul note. Impressive indeed.

Here’s a guy who has a persona of alien cool armed with heavy pop songs that are all at once most unsettling, embracing a post punk battlefield packed to the gills with terminators and sci fi ragged battlefields, all the while performing with an emotional detachment that comes off as cloak of armour to protect him from the onslaught of doom and gloom. Like we’re all going to get through this misery of existence together.
Better get out your guerilla gear similar to the personnel in the band: it’s gonna be a long and bumpy ride.

One more note: the audio was crisp and loud and powerful, with a light show that is staggering with songs that are high octane from one to the next.
Gary Numan: still reinventing- still forward thinking.