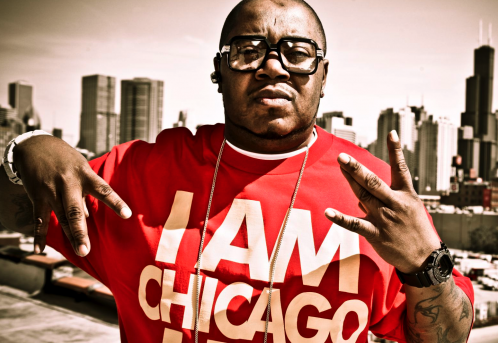 Carl Terrell Mitchell (born November 27, 1973), better known by his stage name Twista (formerly Tung Twista), is an American hip hop recording artist from Chicago, Illinois.  Carl Mitchell grew up in the K-Town area of the North Lawndale neighborhood on the West Side of Chicago, Illinoisand began rapping when he was 12. He is perhaps best known for his chopper style of rappingand for once holding the title of fastest rapper in the world according to Guinness World Records in 1992, being able to pronounce 598 syllables in 55 seconds.[2]

In 1997, after appearing on Do or Die‘s hit single “Po Pimp“, produced by The Legendary Traxster, Twista signed with Big Beat and Atlantic Records, where he released his third album Adrenaline Rush and formed the group Speedknot Mobstaz, in 1998. His 2004 album Kamikaze reached the top of the US Billboard 200 album chart, after the success of the Billboard Hot 100 single “Slow Jamz“.

In January 2013, Twista was featured in a remix of Lil Reese‘s song “Traffic”. As of 2013, Twista was working on his ninth studio album entitled The Dark Horse. He also was rumored to be in the works of signing a record deal with Kanye West‘s music label GOOD Music, although in an interview with HipHopDX Twista denied the rumor.[citation needed] The first single was “Throwin My Money”, featuring R. Kelly and produced by Chris Millionaire. Twista appeared on the song “Jewels N Drugs” by Lady Gaga on the album ARTPOP. “It’s Yours” featuring Tia London, the first single from The Dark Horse, was released on May 6, 2014.[13][14] It will be serviced to urban contemporary radio in the United States on May 27, 2014 by Capitol Records.[15] Twista is featured on the song “Gossip” from When Music Worlds Collide released in May of 2015.

During the holiday season in 2010, Twista and his GMG team worked together with Chicago Food Bank’s Produce mobile program to feed hungry people in the community.