Kidzapalooza! Where The Little Ones Gather To Rock Out At Lollapalooza 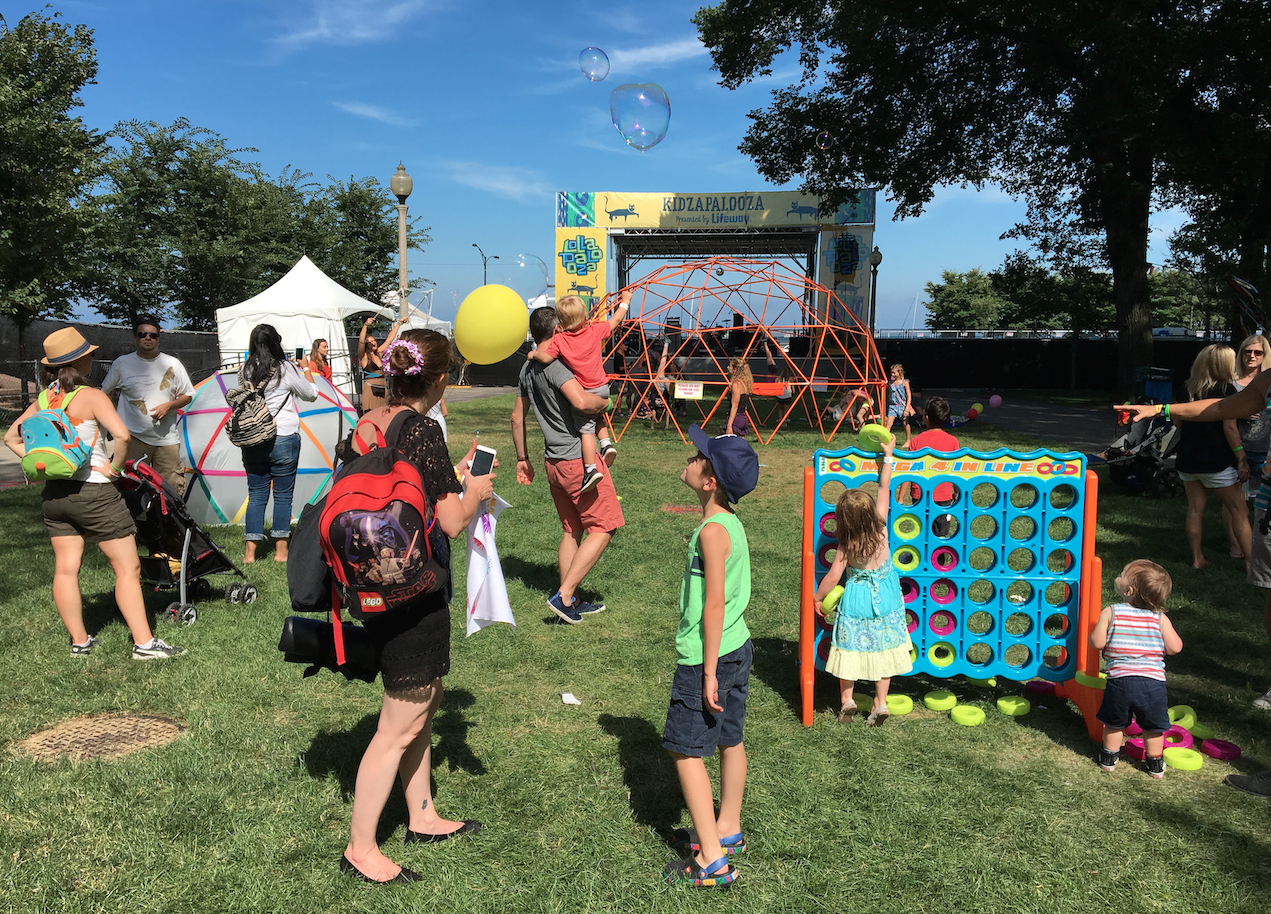 When you think about buying a Lollapalooza ticket, do you really understand and know what all you’re getting for that one price? So many think the $100+ dollar a day ticket is crazy, but when you really break it down (and utilize what’s all offered) it’s a mere few dollars per act or event. Here’s another one included in that ticket price that so many over look. There really is something for everyone at Lollapalooza. Starting as young as even one year old, Perry’s got you covered, enter – Kidzapalooza. Where kids 10 and under get in FREE! A great way to introduce and educate your kids to music and arts.

One of the side attractions for Lollapalooza has been the kid friendly stage/area called, Kidzapalooza. Since the beginning (when Lolla made Chicago it’s permanent home) it’s been set up to include families and is full of activities designed for kids between 1 -10 years old. Perry Farrell, a father himself, decided that his kids would love to have something to do too. Being a fan of the youth and making Lollapalooza a fun, friendly and inviting place for all ages, Kidzapalooza was born and has become an annual tradition to the festival.

When you first walk in to the area set off in the lower East section of the festival grounds nearest Lake Shore Drive, you’ll pass through a Kids Tag Station. This is a quick and simple sign in station where you assign a wrist band to your kid so if they get lost or separated from you at any point they can identify them and get you connected again. Great idea and one that is highly recommended for all kids in the park under 10.

Next you walk into the sectioned off area under the trees. There is another station (as you’ll learn, the place is full of them) where you can sign up for raffle tickets to win prizes that included games, toys, musical instruments and the grand prize – a pair of all day passes to next years Lollapalooza!

There are prize wheels to spin where the little ones can win sunglasses, books, toys and more. Ice cream carts that give out free smoothies and frozen treats. Get your hair done all puck rock. Stop over and get a stick on tattoo. You can grab a paint brush and paints and sign the center courtyard wall of fame and even dip your hands and arms into the magic paint buckets. So many things to keep the kids busy and have fun. Also, if you do them all, you get your passport signed and return it to the main entrance for a special prize!

Other acts you might see are stilt walkers, clowns, magicians, comedians and something recently new to the area, a skateboard half pipe with talented skaters from all around showing off their mad skills, or sad spills, on the deck.

Kidzapalooza is a great addition to Lollapalooza. If you’ve never been by it, just stop by and take a look. Keep an eye out for “Special Guests” to appear on the stage throughout the festivals run. You never know who will stop by for an impromptu performance. On the final day of Lollapalooza 2016, Honeysuckle filled the final “guest appearance” on the Kidzapalooza stage.

And again, it’s all free. It’s included in the price of your Lollapalooza ticket admission. No extra charges for any of the activities, performances or side shows. Even the ice cream and snacks are free! So next time you wonder what to do with the kiddos during Lollapalooza weekend, bring them along for a day full of great fun. Now, if they would just get sitter service going while the parents sneak away to check out their favorite bands from time to time, they’d really be on to something!

For more on Kidzapalooza including schedules, sponsors, performances and more, click here