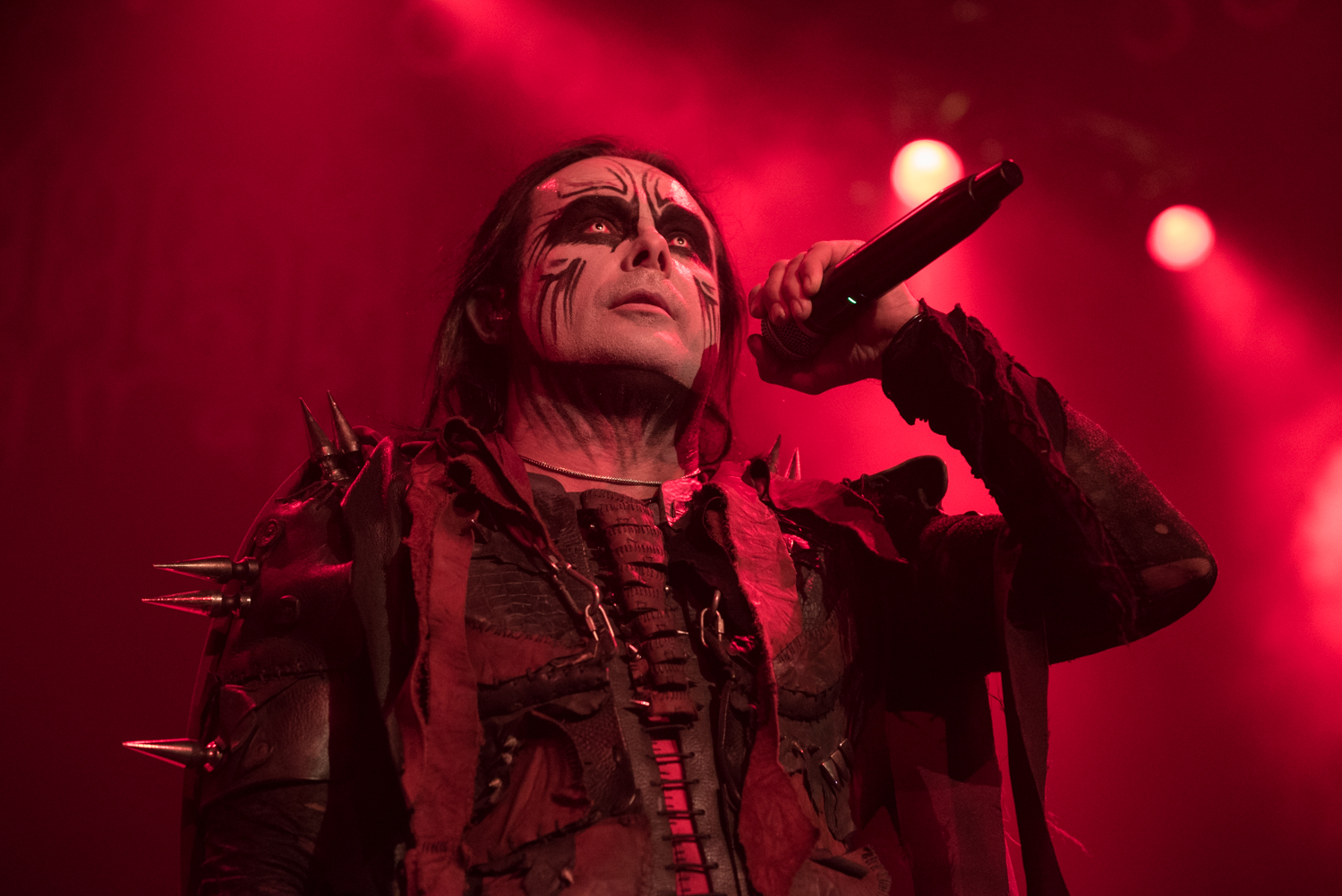 Pushing the extremes of mainstream musical acceptability (you don’t just decide to name a song “Gilded Cunt” without considering its influence) as well as stylistic boundaries for over twenty years now, Cradle of Filth have always done an admirable job of creating a melting pot, distilling influences like early thrash/black-metal overlords like Celtic Frost and Bathory alongside elements of gothic rock and death metal to create an ambitious sound that few can replicate down the line. That versatility was on full, bombastic display when the band arrived in Chicago this week. Vocalist Dani Filth has long since cracked the balance between a classic death metal growl and a more melodic, Blackie Lawless-style sneer when it comes to his delivery, and it’s one of the elements to Cradle’s sound that has given the band an edge over some of the peers through the years, allowing them to evolve while maintaining core components of their sound.

That evolution was represented by a wide variety of cuts from the band’s extensive catalog, the quintet in top form from top to bottom. Opener “Heaven Torn Asunder” from 1996’s Dusk…and Her Embrace provided a strong introduction to the night, and the setlist in general focused more on the band’s catalog at large than 2015’s Hammer of the Witches, though “Yours Immortally” was dedicated to the sweaty mass of folks in the front row and “Blackest Magick in Practice” most certainly has a place in Cradle’s legacy of epics. And as one might expect, classics were in abundance for those long-time fans, with Midian’s one-two punch of “Lord Abortion” and “Her Ghost in the Fog” (maybe the closest thing Cradle has to a recognized “hit”) leading that charge.

The band’s fan base has certainly evolved over time, a fact that was clear from the demographic of the crowd, and they inspire the kind of devotion that many bands would kill for. Taking a sign from a member of the crowd that said she wanted to marry the band, Filth commented that “that would be polygamy and I won’t be part of it,” but noted that he wouldn’t care if she married the guitarists. With that, the night ended on a double shot from the band’s first album (The Principle of Evil Made Flesh) – a treat for the lifers and a strong, career-spanning look at what makes Cradle of Filth tick for the newer initiates.

Right Wing of the Garden Triptych

Malice Through the Looking Glass

Born in a Burial Gown

At the Gates of Midian

The Twisted Nails of Faith

Her Ghost in the Fog

From the Cradle to Enslave

The Principle of Evil Made Flesh

The Forest Whispers My Name

Blooding the Hounds of Hell (Outro)

For more on Cradle of Filth including tour dates, tickets and music, click here

For photos from the Chicago, House of Blues show, click here

For video from the house of blues show, click here