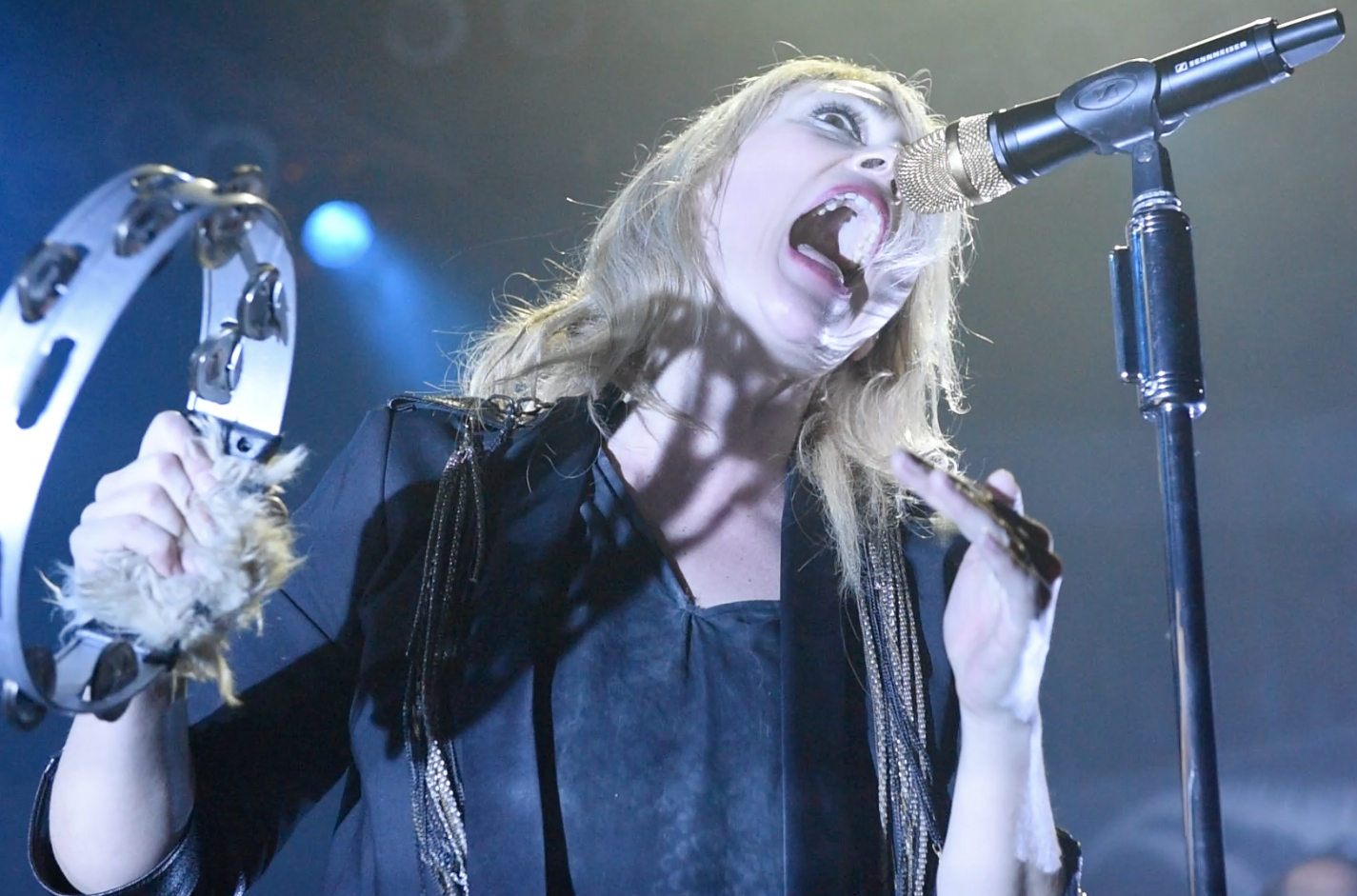 Friday, February 10, 2016, Canadian Alt-Rockers, Metric, played to a completely sold out show at Chicago’s House of Blues. This was one of the most crowded houses I’ve ever seen in at the HOB.  No room to walk around. Definitely no way I’m getting up front and center for this one.  But that didn’t matter as most views here are decent. And soon enough, Emily Haines and the boys are coming out to prove why they can sell out a venue like this.

The Indie Synth Pop quintet are making their (2016) debut out on this second leg of the tour right here in Chicago. They are touring in support of the most recent release, Pagans In Vegas (2015). This tour dubbed, “I Can See The End Tour”. It seems a wise choice picking The House of Blues because they sold out the 1000+ venue in no time. From the turn out inside, I’d say they did a little extra.

The lights dimmed around 8:30PM and a mild fog filled stage soon reveled Metric tearing into IOU.  They continued with a fan favorite, Help, I’m Alive and completed the night with 20 songs.

The stage show is impressive. They have a light show that could easily follow a Pink Floyd concert.  The double pyramids behind them projected strong beams of light in every color of the rainbow. The LED’s danced around as much as Haines. The show was full of energy and fun.

Haines bantered with the audience from time to time. Talked to her band about what to do next and they even had a slight flub during the middle of the performance.  During the start of Sick Muse, Haines stopped it. They laughed about it and tried again but again they goofed up. This went on for a few tries before they got it right and continued on with the rest of the show. Giving all apologies for the inconvenience to the audience, by which no one seemed to care and cheered them right on.

Metric continued on with other hits like Monster Hospital, Synthetica and an a cappella version of Combat Baby song with crowd assistance before taking an encore break.

After a few minutes, they came back and performed four more tracks including one off the new album, Celebrate and a few other crowd ralliers like Gimme Sympathy.

I’ve seen the band in other settings like festivals and as opening acts, but this was a stand out, great show for Metric. They sounded refreshed and alive. The audience showed the love and support as well.  The time off, being an headliner and playing in this historic club setting all helped make this one for the books.

For more info on the band, album and what’s next, click here

For a video sample of this amazing performance, click here