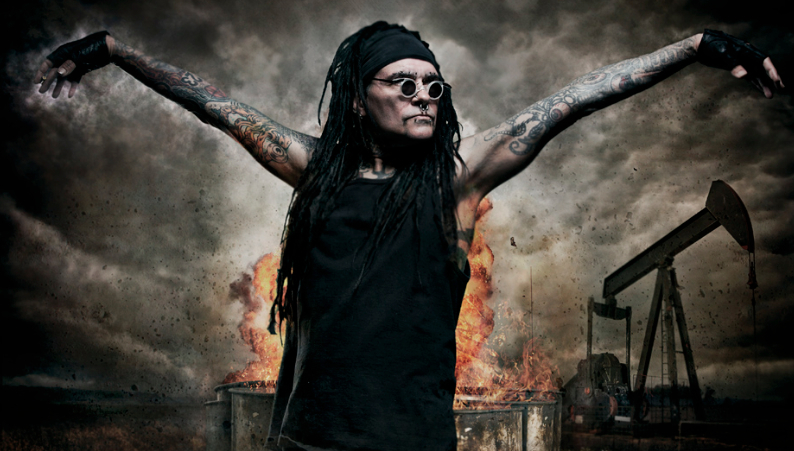 Al Jourgensen announced a special event for the lucky fans in Chicago.  This weekend, Saturday, October 10th at 9PM, Uncle Al will be spinning at HVAC Pub.  He’ll be doing 2 hour DJ set plus playing an advanced, sneak preview, of his new project, Surgical Meth Machine, in it’s entirety.

Al knows how to treat his former home town right.  This night promises to be one to remember.  He started the week off in town making an appearance on the Mancow morning radio show on WLUP.  There, he talked about the new Speed Metal band/project called, Surgical Meth Machine and several other irons he’s got in the fire (book deals, Ministry’s situation, a documentary and of course he had to poke fun at Erich “Mancow” Muller on the show.  Which went both ways in the interview.  All in loving jest of course.  Jourgensen even said on the radio that he, “found a new respect for (Muller)” and that he, “Didn’t realize how much he actually did.”

For the new project, Jourgensen brought in long time collaborator, friend and engineer, Sam D’Ambruoso.  He said it’s going to be a fast, in your face album and promises that no song will be slower than 220 beats per minute.  It’s not going to be for the faint of heart.

This looks to be the future of the front man who’s fronted more bands then all guitarist who’ve pasted through Ministry put together.  It’s always magical seeing and hearing what he comes up with.  We’ll soon know more this Saturday.

The Alien, Alien Jourgensen, Hypo Luxa, Dog, Alien Dog Star, Buck Satan, Uncle Al or Enchanted Al, call him what you want, but you’ll want to be with him at this special one night only event.  Help celebrate his birthday in an intimate setting, mosh to some tunes and hear something completely new before anyone else.