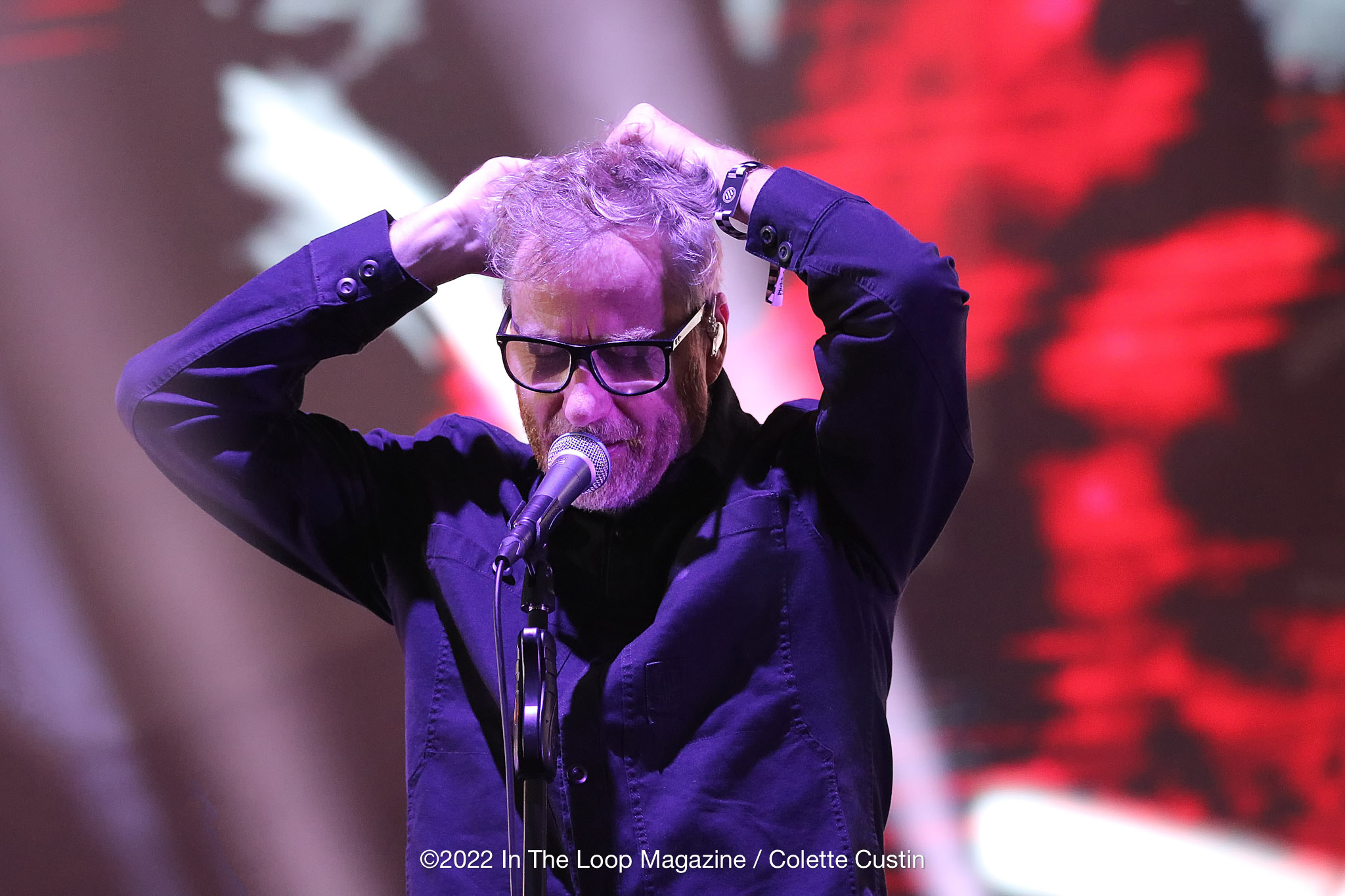 Pitchfork Festival, the annual tribute to up-and-coming indie rock, hip hop, and all manner of eclectic talent, hit Union Park this weekend with its usual exciting mix of acts.  Pakistani singer-songwriter Arooj Aftab was first up (who was notably featured on Obama’s 2021 summer playlist) with the dreamy vibes of “Last Night” and set things off as one of the most engaging artists on this year’s bill, and Ethel Cain’s unique style of ethereal bedroom pop, delivered in an all-too-short set, seems destined for summer playlists all over Chicago.

Philadelphia trio Spirit of the Beehive’s discography of experimental garage pop hit on all cylinders, and the band’s new album Entertainment, Death leans into electronic-sounding cacophony while balancing the band’s ambient melodies.  Experimental pop goddess Chrystia “Tia” Crystal of Spelling sang her hit “Under the Sun” as rain fell on the crowd watching the Blue Stage. Tia’s message of “I hope you have a lucky one, one day, under the sun” felt very much like the reading of hopeful blessing during a torrential baptism for attendees, and as the day wound toward evening, indie stoner rockers Parquet Courts delivered a much needed blast of guitar-driven, lyrical pop, and The National—surely one of the weekend’s biggest draws—delivered a seventeen song set punctuated by such standouts as “The System Only Dreams in Total Darkness” and “Bloodbuzz, Ohio” before capping Day 1 with the sweeping “Terrible Love,” a festival-perfect anthem if ever there was one.

The second day of the 2022 Pitchfork Festival saw less rain, less mud, and just as strong a balance of styles, leading off with the raunchy, assertive hip-hop of Cupkkake, whose…frank discussion of her most private moments forced everyone’s wheels to the ground with solid beats.  The Linda Lindas—one of the more interesting new bands in the indie rock scene—hit the stage with the most youthful energy of the day in the literal sense, as the members of the L.A. quartet are collectively 17, 14, 13, and 11 years old.  Keep your eyes on these kids—their mix of poppy, riot grrl energy is legit as hell.

Anonymous (yes, you heard that right) punkers The Armed hit with all the energy you’d expect of a Detroit garage-rock collective.  The members of which are not publicly known, The Armed blasted through forty-five minutes of controlled mayhem, with singers dressed as Juggalos and sonic call-backs to legacy Detroit acts like the The Clone Defects and electro-thrash in the vein of Atari Teenage Riot.

British post-punkers Dry Cleaning have been blowing up on indie radio of late, and vocalist Florence Shaw’s unique style of ‘speak singing’ calls to mind a more contemporary Nico (think Joy Division mixed with Siouxsie Sioux), while Lucy Dacus delivered a predictably strong set with her stellar approach to anthemic bedroom-pop anthems; any number of ‘90s alt-pop bands would have killed for the hooks in her new single “Kissing Lessons.”

Japanese Breakfast saw a surprise guest in Wilco’s Jeff Tweedy to perform “Jesus, Etc.,” one of many highlights in a mesmerizing set led by the multi-talented Michelle Zauner, and Mitski’s energetic set brought an end to a day that was punctuated by a heavily female and exciting perspective on indie rock.