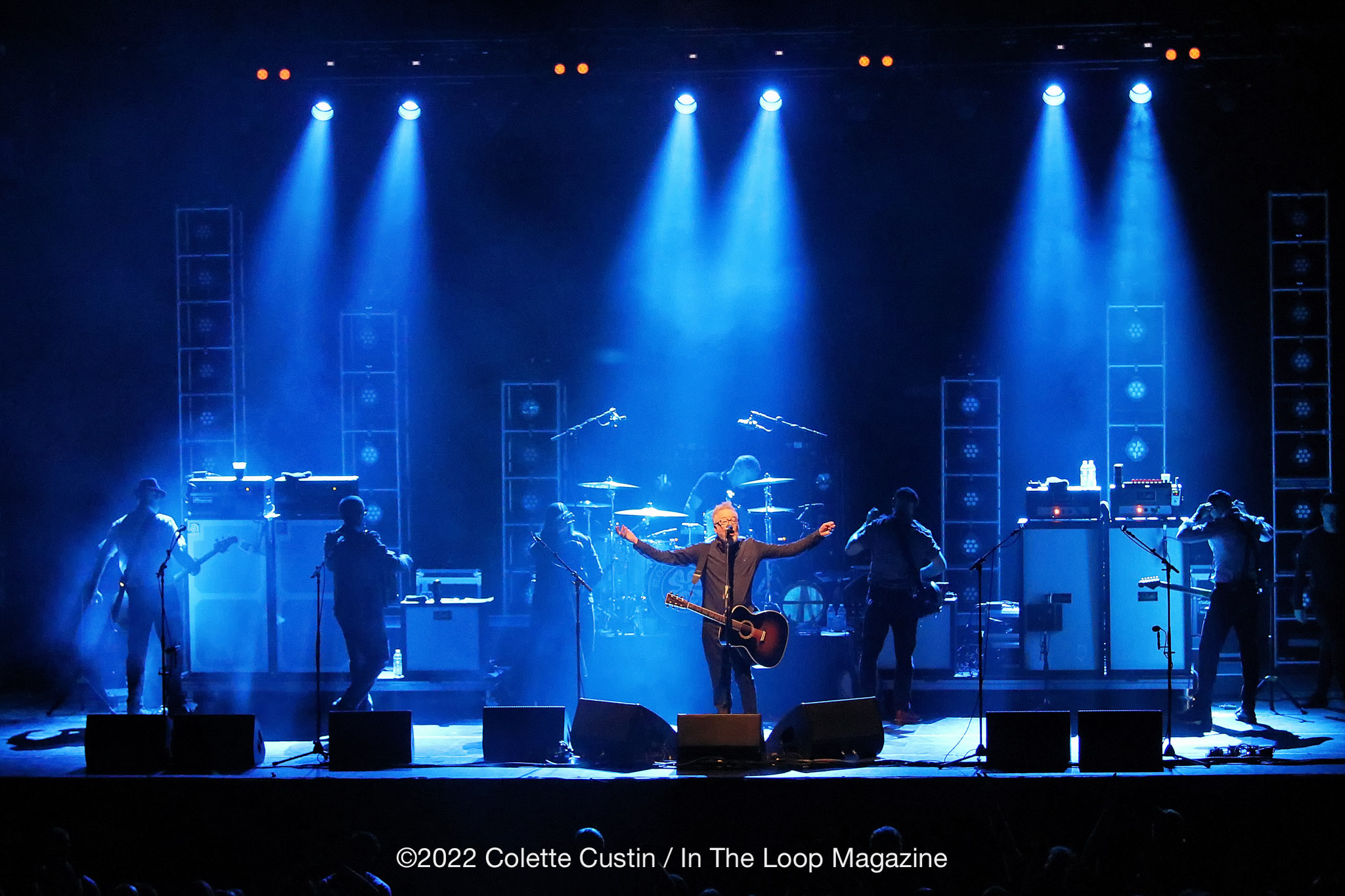 As the concert industry makes its slow but steady post-Covid recovery, shows have taken on a triumphant atmosphere as fans, bands, and venues come together to celebrate—and there was no clearer example of that than Friday’s bill at the Aragon as Flogging Molly, The Interrupters, Tiger Army, and The Skints delivered almost five hours of danceable catharsis.

The Skints offered a short but punchy set to kick things off, followed by L.A. punkabilly trio Tiger Army, whose sound fell somewhere between a more aggressive Stray Cats and Social Distortion, with some clear nods to punk and hardcore (most notably the speedy “Fuck The World”).  Bassist Djordje Stijepovic and drummer Mike Fasano were a tightly wound rhythm section, giving guitarist/vocalist Nick 13 a chance to work the crowd on tunes like “Devil You Don’t Know” and “Cupid’s Return.”

L.A.-based quartet The Interrupters hit the stage with arena-ready lighting and enough energy to carry the entire night, as vocalist Aimee Interrupter made the most of the band’s hour long set.  Bouncy opener “Take Back the Power” had the crowd singing along literally from the first line, and a solid cover of Bad Religion’s “Sorrow” fit right in with the band’s sometimes poppy approach to ska; it was hard not to remember the early days of No Doubt and the more radio-friendly members of that ‘90s movement, and The Interrupters certainly have the panache and talent for that level of success; have a listen to their most recent single and set closer “She’s Kerosene” (from 2018’s Fight the Good Fight) if you need proof.

Even given the audience fever-pitch by the time they hit the stage, Flogging Molly managed to take everything up by several notches, rounding out a perfectly selected tour bill.  Multi-talented legend Dave King is surely one of the strongest, most tireless band leaders on the touring map, leading the seven-piece band through an almost ninety-minute set that started off with “Drunken Lullabies” (an appropriate moniker for the night as a whole!) and never paused for breath, though the ebb and flow of the tunes offered plenty of opportunities for Irish dancing—and dancing there was, harkening back to the Aragon’s glory days.  Singalongs like the melancholy “If I Ever Leave This World Alive” and “A Song of Liberty” turned the near-capacity Aragon into an intimate space not unlike an Irish pub—just a few thousand stronger and louder, and by the time the band found their way to “The Seven Deadly Sins” to cap things off, it would have been tough to imagine a better way to kick Chicago’s concert season into high gear.