Live Review: Yoko and the Oh No’s Live At The Beat Kitchen 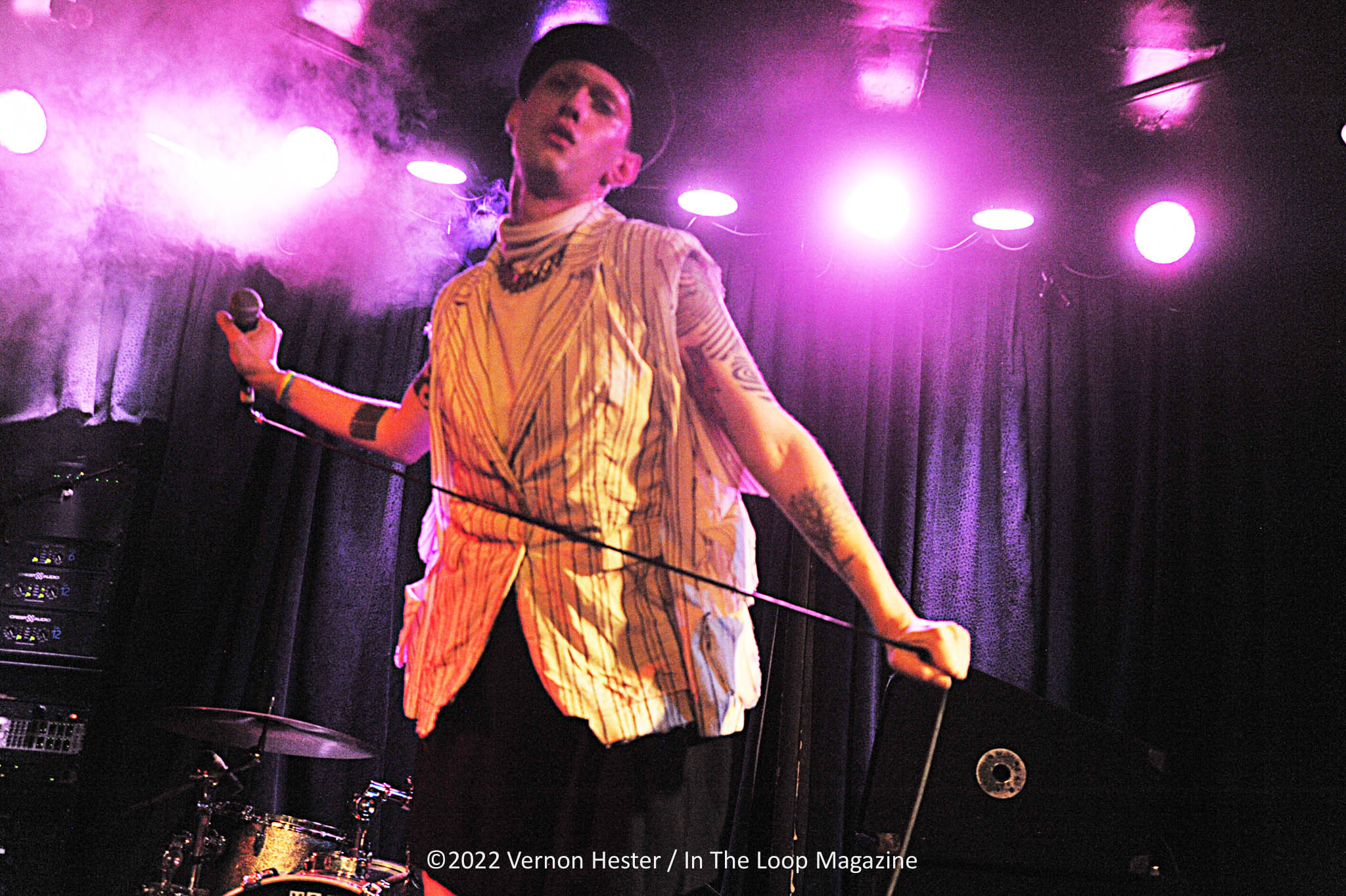 One of the most infuriating aspects of the Covid 19 Pandemic is the upheaval that it has wrought on local music scenes. Big budget international music would find a way to keep making money and reach an audience in the millions but smaller scenes, like Chicago’s DIY collectives would suffer the most. In the last five years we’ve seen the disintegration of some of the best bands this town has to offer [Soddy Daisy, Donkey Hotel, The Orwells, Blacker Face, Landscapes before the pandemic,  Twin Peaks during it, with Absolutely Not announcing their farewell show for June 17 at the Empty Bottle.]. A few have managed to not only hang and flourish [Melk Belly, ONO, Lollygagger, Glad Rags, DEHD] but we haven’t heard a peep from game changers like Meat Wave.

One of the biggest tragedies was the bust up of hard-edged pop punksters Yoko and the Oh No’s, who mixed irresistible hooks and smart writing with a killer execution and a blistering live show. Drummer Stef Roti, guitarist Max Loabman, and bassist Aunt Kelly seemed like nice polite people, but live onstage they morphed into a snarling jagged machine that made them one of the most incendiary and brutal bands in town. Fronted by queer fashion plate Max Goldstein, whose striking features make his one of the most beautiful and exotic faces in the Midwest [last year he was part of a national ad campaign for Maybelline] with a voice so velvety and deep that it conjures memories of Otis Redding and Tony Bennett at the very same moment [Years ago I called Goldstein’s voice “the best voice you have never heard on the radio…”]. Even more tragic than the bust up was the fact that in nearly a decade of playing together the band released only one full length, the excellent Yoko and the Oh No’s in 2013.

May 21 saw all those tragedies corrected in a stunning blow out at The Beat Kitchen not only for the Oh No’s but for the entire Chicago scene as well. The Oh No’s have been diligently working on new material while also polishing old songs that were never recorded [the tentative title for this release is Lost and Found] and clearly the lockdown has given them the chance to re-make/re-model what was a great project to begin with. The kicker for this sold-out show was that the openers Click Bait and Calico Loco, two newer bands here pretty much peed all over the stage before the headliners got there.

Click Bait’s frontwoman, Sandra Yau came out in a flamethrower red business suit with matching leather gloves and started the show with a clash of her cymbals and a sprinkling of accents from what looked like a toy xylophone. Chirping in a voice reminiscent of tiny Oliver Twist begging for more porridge, she was offset by the thundering rhythm section [Nick Mayor on drums and Jen LaMasters on bass] while guitarist Kelsey Hanke surrounded her with shards of sharp crystalline shrapnel. The collision of chimes and blistering accompaniment made for an intoxicating mix, topped off with Yau’s increasingly desperate wail of “WHAT DO I WANT???,” on the set’s highlight, “Audacity.” A full headlining slot for Click Bait is clearly what they deserve.

Poor Danny Robles of Calico Loco sang his heart out but mirthfully found it tough going with the barrage his band made around him. Ricky Georgan [drums], Sarah Dodge [bass], Zeke Ramsey [guitar], and particularly Curran Chapman [lead guitar] tore through Roble’s pop love songs like a chainsaw ripping through a phone book and had a high old time doing it. The opener, “Bad Hair Day,” was infectious pop but the reading the band gave it on this night gave it unexpected muscle. On “I Want to be Beautiful,” “Dreaming About Max,” and “Alone Again” Chapman found his inner demon and turned all these sweet songs into sweaty work outs. Calico Loco has yet to record a full length, but from the sights and sounds of their set, the future looks incredibly bright for them.

As if all this mayhem hadn’t “warmed up” the crowd, The Oh No’s sailed onstage with a throat grabbing rip through “She Ain’t Mine,” one of the most thrilling singles this reviewer has ever heard. Goldstein, wearing a torn men’s shirt, a black skirt and topped with a beret savaged “Movin’ On” and “No Mystery,” but the best was yet to come. “Love U,” a self invented soul classic that smells like Diamond Dogs era Bowie with a dash of late period Betty Wright had much more of a crunch thanks to Loebman’s deft fret work and set up the rest of the set with a “will he or won’t he” tension as to when he would let loose and burn the place down.

The new “Step Out of my Mind” and “I Been Gone” were anchored by Roti’s thundering back beat and Aunt Kelly’s lumbering bass while “Something to Hide,” the new “Take it from Me,” and “Autonomy” had the crowd dancing in a frenzy. Still, The Oh No’s threw in an unexpected curveball with the new “Cheri” which shifted all that bama-lama into a frenetic disco groove which no one in the audience expected. Goldststein had his big ballad moment with “Uptown Bedheads,” which, was not only a relief but allowed him to show how skillful and silken he can be as a front man.

“Hey” and “James Dean” finished the night in a thundering blaze of glory and indeed Loabman’s playing on these two was so brutal and stinging that not only did they come as a surprise but pushed the band to a furious new high.

After this taste of things to come, I have every hope that Yoko and The Oh No’s will not only play a major role in jump starting the local scene but will finally get the recognition they deserve. Bands like them don’t pop up everyday, but when one does, you have to embrace them with all of your might.

For more on Yoko and the Oh No’s, click here

For photos from the show at The Beat Kitchen, click here