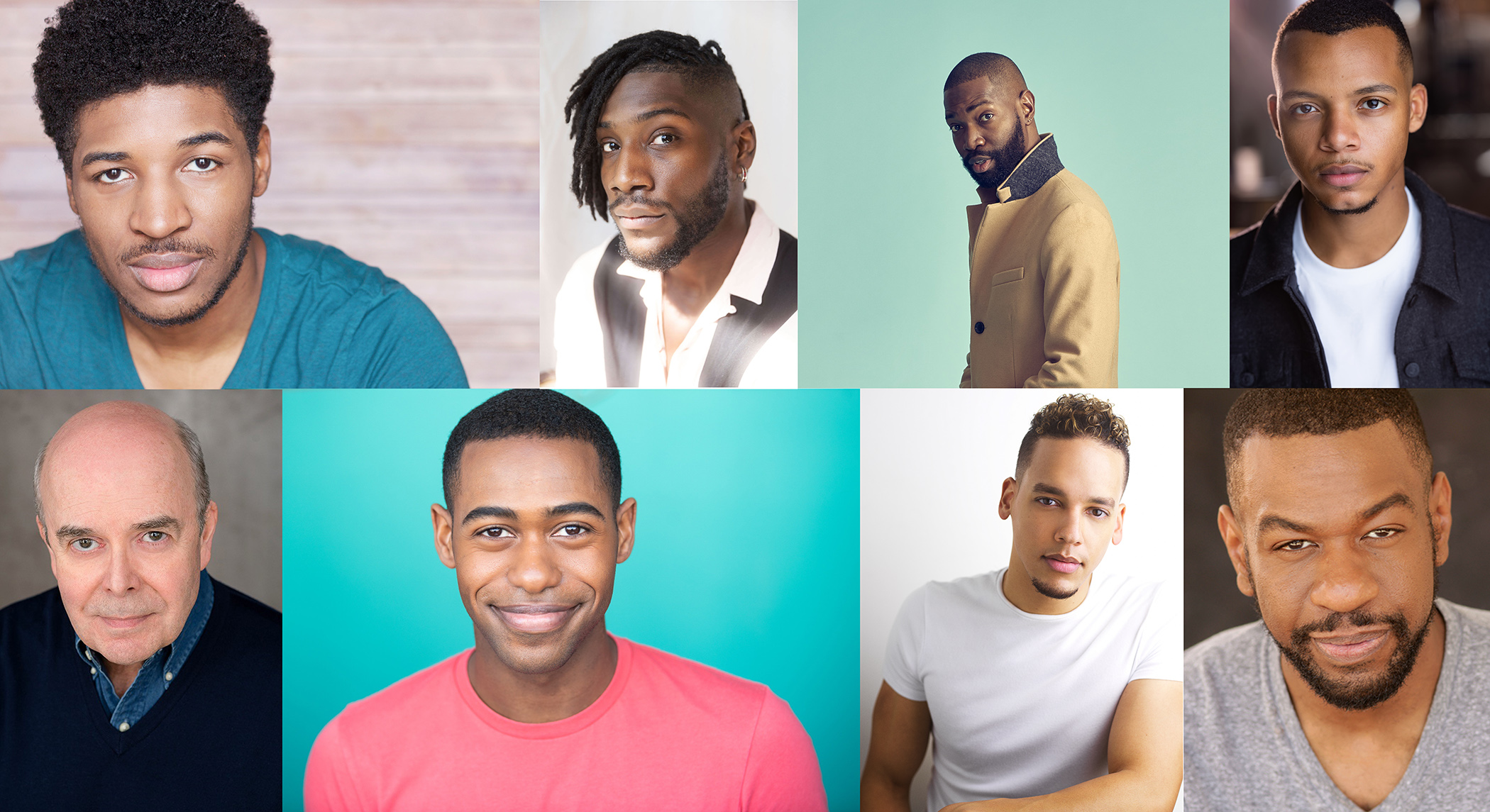 Choir Boy – threaded throughout with soul-stirring a cappella gospel hymns – is the story of a young gay Black man and his battle between identity and community. Pharus Young is a senior at the Charles R. Drew Prep School for Boys, an institution committed to building “strong, ethical Black men,” where he endeavors to be the best leader of the school’s prestigious choir in its 50-year history. But in a world built on rites and rituals, should he conform to the expectations of his peers in order to gain the respect he desperately seeks? This Tony-nominated play is an elegy to quiet rebellion, filled with the sound of longing and aspiration.

Tarell Alvin McCraney is an acclaimed writer. His script In Moonlight Black Boys Look Blue is the basis for the Oscar-winning film Moonlight directed by Barry Jenkins, for which McCraney and Jenkins won an Oscar for Best Adapted Screenplay. He wrote the film High Flying Bird which premiered on Netflix directed by Steven Soderbergh. McCraney’s plays include: MS. BLAKK FOR PRESIDENT (co-written with Tina Landau), The Brother/Sister Playstrilogy, Head of Passes, Wig Out! and Choir Boy, which was nominated for four Tony Awards. McCraney is the recipient of a MacArthur “Genius” Grant, the Whiting Award, Steinberg Playwright Award, the Evening Standard Award, the New York Times Outstanding Playwright Award, the Paula Vogel Playwriting Award, the Windham Campbell Award and a USA Artist Award. He is currently Chair of Playwriting at Yale School of Drama; an ensemble member at Steppenwolf Theatre Chicago; and a member of Teo Castellanos/D-Projects. McCraney is currently working on an original scripted TV series, David Makes Man, for Oprah Winfrey’s OWN Network, produced by Michael B. Jordan and Page Fright Productions.

Kent Gash is the new Artistic Director of The Acting Company, which returns to National Touring in 2022 with a World Premiere adaptation of The Three Musketeers by Kirsten Childs, conceived and directed by Mr. Gash centering Alexander Dumas and the Black imagination responsible for the classic swashbuckler, playing in rep with Leah Gardiner’s Romeo and Juliet. Mr. Gash directed the World Premiere of Robert O’Hara’s Barbecue at the Public Theatre and is co-author and director of Langston in Harlem (2010 Audelco Awards Best Musical). New York productions include: Cori Thomas’ Lockdown for the Rattlestick Playwrights Theater and the virtual co-production with WP Theater, Broke-ology at the Juilliard School, the Off Broadway premiere of Miss Ever’s Boys for Melting Pot Theatre Co., the York Theatre presentation of Ellington’s Beggar’s Holiday and the Off-Broadway revival of Samm-Art William’s Home. Most recent among nearly one hundred regional productions are Dominique Morisseau’sParadise Blue for City Theatre, “Master Harold”… and the Boys at Arizona Theatre Co., Guys and Dolls at the Guthrie, The Wiz at Ford’s Theatre (Washington Post Ten Best, Broadway World Best Musical Award, Three Helen Hayes Awards), August Wilson’s The Gem of the Ocean at South Coast Rep (LA Times Ten Best), The Mountaintopat Trinity Rep, Tarell Alvin McCraney’s Wig Out for Studio Theatre, D.C., Choir Boy at the Studio Theatre in D.C. and Marin Theatre Co. (Bay Area Critics Award for Best Production) and The Comedy of Errors, set in the Harlem Renaissance at the Oregon Shakespeare Festival. Mr. Gash is the former Associate Artistic Director of The Tony Award winning Alliance Theatre (2001-2009) and The Alabama Shakespeare Festival (1999-2001), is an Arts Professor at Tisch School of the Arts, NYU where he is Founding Director of the New Studio on Broadway. Mr. Gash is a graduate of the Carnegie-Mellon School of Drama (BFA in Acting) and UCLA (MFA in Directing for Theatre and Television).

Steppenwolf Theatre Company’s trailblazing new 50,000 square foot theater building and education center, the Liz and Eric Lefkofsky Arts and Education Center, was designed by world-renowned architect Gordon Gill FAIA of Adrian Smith + Gordon Gill Architecture, with construction by Norcon. The centerpiece of the new Arts and Education Center is the new 400-seat in-the-round Ensemble Theater in Honor of Helen Zell—one of its kind in Chicago—with theater design and acoustics by Charcoalblue.

Choir Boy is generously supported in part by Ameriprise Financial. United Airlines is the Official and Exclusive Airline of Steppenwolf. Steppenwolf is also grateful for the significant season support from the Ralla Klepak Foundation for Education in the Performing Arts, Northern Trust, Allstate Insurance Company, ComEd, JPMorgan Chase, PNC, and Vinci Restaurant.

Steppenwolf’s Mission: Steppenwolf strives to create thrilling, courageous and provocative art in a thoughtful and inclusive environment. We succeed when we disrupt your routine with experiences that spark curiosity, empathy and joy. We invite you to join our ensemble as we navigate, together, our complex world. steppenwolf.org,facebook.com/steppenwolftheatre, twitter.com/steppenwolfthtr and instagram.com/steppenwolfthtr.