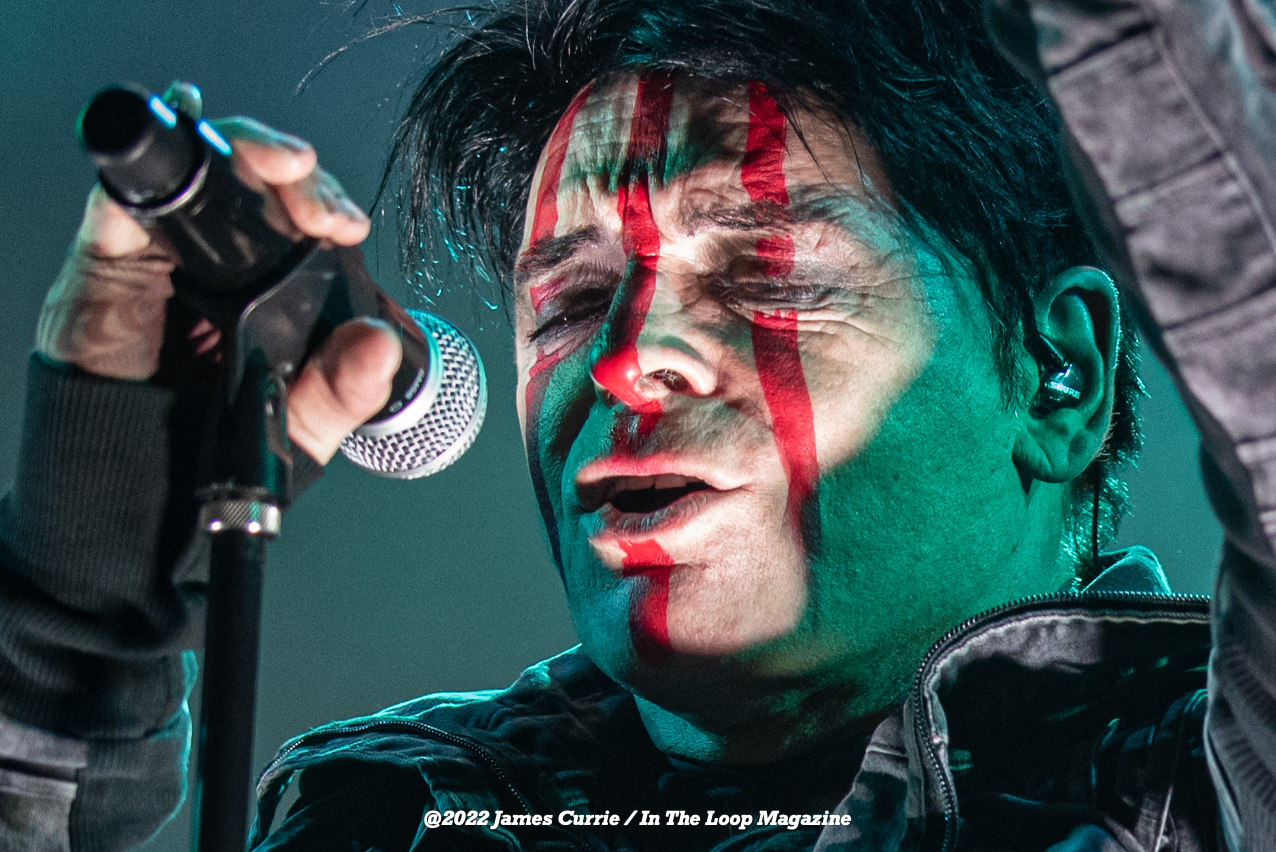 So begins “Intruder,” the title track from Gary Numan’s new album, and he could have been speaking for every member of the capacity crowd in the Park West on Monday night, who certainly would have stayed as long as Numan strutted and stalked the stage. As any fan could assume, the Chicago stop on the Intruder U.S. tour was a masterful performance by one of the most seasoned and (still) underrated artists out there.

Numan’s ‘comeback’—1998’s Exile—is nearly 25 years on now, and it remains perhaps the finest example of an artist who began a career ahead of his time, only to catch up with his sphere of influence and find new footing in the genre that he helped create. With that in mind, every Numan album and subsequent tour—to this writer’s eyes and ears—feels like a triumph. Intruder is no exception, and the setlist leaned heavily into both cuts from the new record as well as choice selections from 2013’s Savage, with a few ‘oldies’ thrown in for good measure.

The legendary 2016 Metro residency that saw Numan performing classic albums Telekon, The Pleasure Principle, and Replicas in their entirety marked a kind of chapter (see our coverage from that series here) in Numan’s career; while he’s never been one to shy from the songs that made his early career, his setlist on Monday didn’t dwell for long in any long past era. “Metal,” “Films,” and even cultural touchstone “Cars” felt even more powerful somehow, which is certainly due in part to drummer Richard Beasley, guitarist Steve Harris, keyboardist Ade Fenton, and bassist Tim Slade, whose sharp chemistry allow for the brittle synths at the heart of those early tunes to be fleshed out with extra heft; lyrically, the techno-paranoia of Numan’s early work also seems as timely as ever.

This overall balance worked well; moodier, mid-tempo tracks like “The Gift,” “Bed of Thorns,” and “Ghost Nation” were largely the order of the night, which made the most of the sparse, futuristic lighting behind the stage, casting the singer and his band heavily in shadow.   Main set closer “A Prayer for the Unborn” remains one of Numan’s most affecting tracks; set against lyrics reflecting upon a family tragedy, the sole track from 2000’s Pure saw a slightly new arrangement for this tour, the kind of dark, melodic anthem for which Numan has proven himself to be the master.

Numan’s position as one of the ‘elder statesmen’ of electronic music has been hard won and well-earned; no one aside from Trent Reznor has proven to be such an enduring talent in that particular genre. Given Numan’s humble beginnings at the dawn of the ‘80s, I couldn’t help but think, on Monday night, about the recent glut of ‘bedroom pop’ artists—singer-songwriters making the most of digital advancements in home recording—who owe him a significant debt. Even if it’s not reflected in their sound, Numan paved the way for doing your own thing, on your own terms, in a way that no one had ever heard before. He gave us that, and he still is. The music industry and music fans everywhere, whether they know it or not, are better for it.

For photos from the show at Park West, click here

Pray for the Pain You Serve

My Name is Ruin