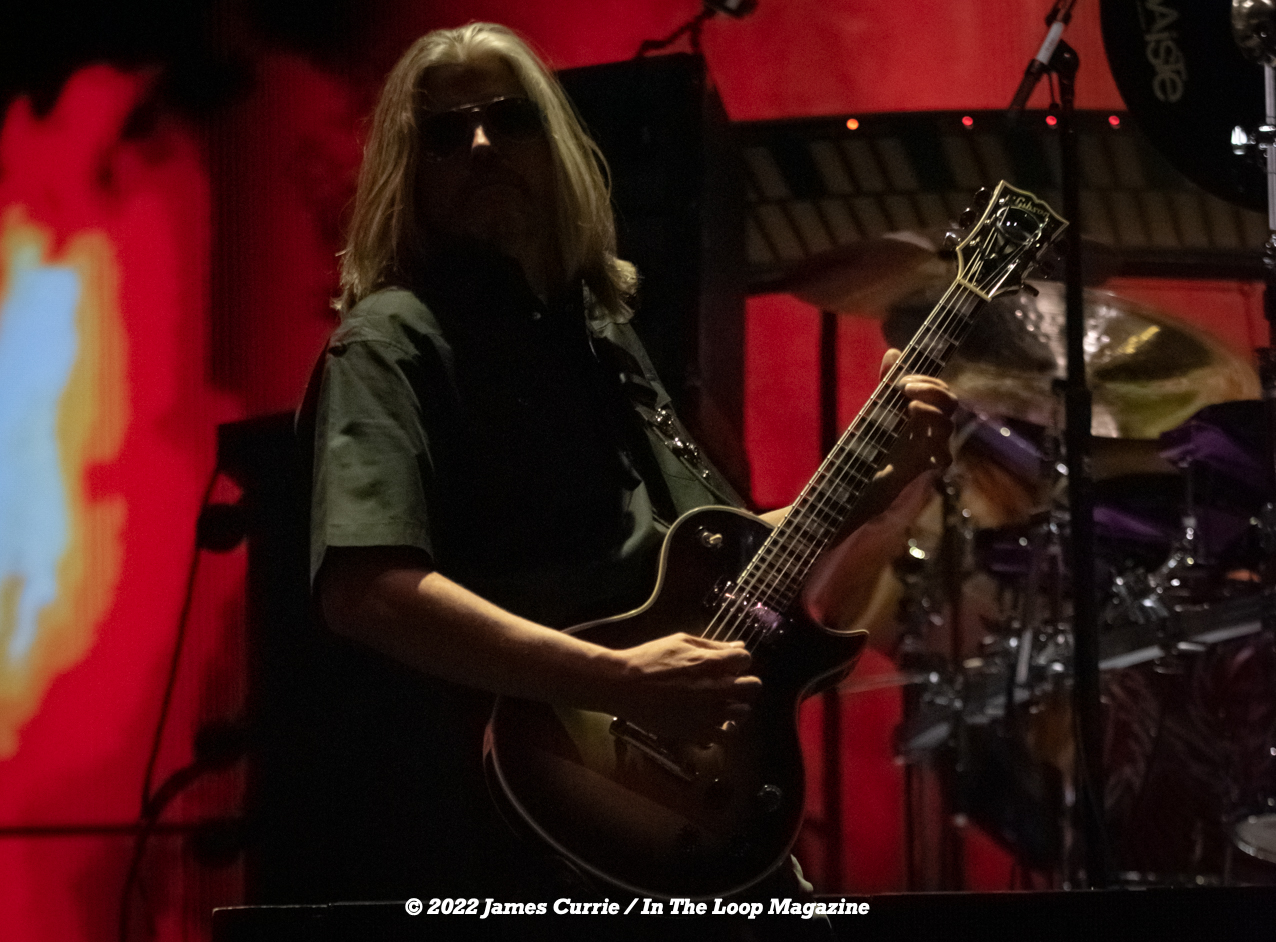 Prior to Thursday’s show at the United Center, the anticipation and chatter of the sold out (to the gills!) crowd was as high as any in recent memory, and much of the snippets of conversation related to the idea of genre. Are Tool progressive metal? Progressive rock? Psychedelic rock? Alternative?

The answer is that they’re none of those things. As their absolutely crushing two-plus hours onstage proved, Tool have transcended any of those black-and-white assessments: they are their own genre, a world entirely unto themselves, and utterly without peer.

Taking the stage to the ten-minute opus and title track from their most recent album Fear Inoculum, the stage design was both minimalist and complex—a half-moon curtain around the front and sides that shrouded the band in an ever-shifting wash of color and images that was as mesmerizing on its own as it was an impressionistic accompaniment to the songs themselves. Singer Maynard James Keenan eschewed the typical ‘frontman’ position, moving between risers at the back of the stage and becoming, in many ways, part of the show’s landscape, which saw back-lit pyramids, storms, and other—appropriately—forces of nature.

And as for the performance, there may not be a tighter, more finely-attuned unit than guitarist Adam Jones, bassist Justin Chancellor, and drummer Danny Carey (who himself must surely among the Bonhams, Moons, and Chamberlins of the world, as the electro-percussive solo “Chocolate Chip Trip” showcased). Even without the obvious benefit of Keenan’s menacing croon, the trio would be a savage unit, as the the epic “Pneuma” proved mid-set – a hypnotic pitch-and-swirl meditation that saw Chancellor and Jones trading crunchy chords backdropped by a fiery-red volcano eruption that seemed to spill over the stage and into the crowd.

Also of note was the welcome lack of cell phones on display, per the band’s request and vague threat of removal from the venue. The insistence on no cell phones is a trend we can only hope will take hold with more artists who have the guts to put it out there. The lack of cell phone lights and screens peppering the arena as has become the norm forced all attention to the band’s stunningly curated visuals and song craft, though Keenan did acquiesce for the night’s final cut, “Invincible.”

“I’m going to let you take your stupid fucking phones out for this last one,” he said, and you could almost hear his eyes rolling from his tone. “But no flash and no lights. Let’s be smarter than ten-year olds, okay?” Indeed, just about every phone in the UC appeared, though it was tough to be distracted away from the building crunch of the song’s outro, and with it, the band’s almost wordless exit. In many ways, the whole show was the antithesis of arena rock; Keenan’s triple-mohawked presence and no-bullshit reputation is larger than life, so there was no ring-master pandering to rile the crowd as one might expect at a show of this size. But Tool know exactly who they are and so does their audience; there was little need for forced grandiosity.

With the Fear Inoculum tour, Tool have proven themselves as one of the true auteurs of arena-sized rock, joining the ranks of artists like Pink Floyd and U2 at turning massive spaces into touring art projects, with a tightness and proficiency the likes of which you won’t find…well, just about anywhere.

For photos from the Tool show at United Center, click here

Hooker With a Penis