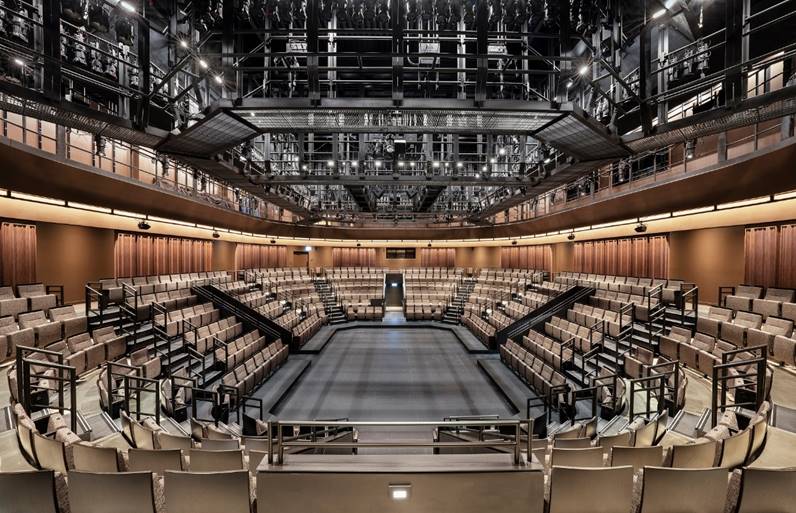 Yasen Peyankov directs the production, featuring Steppenwolf co-founder Jeff Perry and fellow ensemble members Sandra Marquez,Caroline Neff, Karen Rodriguez, Eric Simonson and Namir Smallwood, alongside Keith Kupferer, Jon Hudson Odom, Elijah Newman, Joey Slotnick and Lusia Strus. Scott Jaeck will be stepping in for Jeff Perry for performances May 24–June 5. Three generations of Steppenwolf’s acclaimed ensemble collide in classic Chekhovian style in this play set over a long summer weekend in the Russian countryside, where guests wrestle with the eternal questions that haunt the intellectual artist class: What is Love? What is Art? When is Lunch? This historic moment in Steppenwolf history marks a new era of theater-making for the company in their new artistic home.

Single tickets to Seagull ($20- $88) are on sale now at steppenwolf.org and 312-335-1650. The production is part of Steppenwolf’s 4-Play Deal for $150 that also includes ensemble member Rajiv Joseph’s King James, Mike Birbiglia: The Old Man and the Pool and ensemble member Tarell Alvin McCraney’s Choir Boy. The 4-Play Deal is now available at steppenwolf.org/4for150 and 312-335-1650.

Seagull inaugurates the new Ensemble Theater in Honor of Helen Zell at the heart of Steppenwolf’s trailblazing new Liz and Eric Lefkofsky Arts and Education Center, designed by world-renowned architect Gordon Gill FAIA of Adrian Smith + Gordon Gill Architecture. The state-of-the-art 400-seat theater in-the-round is one of its kind in Chicago, with theater design and acoustics by Charcoalblue. Only six rows deep—with audience members never more than 20 feet from the stage—and featuring a modular staging system to vary audience capacity and experience, Charcoalblue designed the incredibly intimate Ensemble Theater from the inside out to integrate the theater into the fabric of the surrounding building.

The opening of the Ensemble Theater with a multigenerational cast stacked with Steppenwolf ensemble members is the culmination of a season-long celebration of the new Arts and Education Center. Steppenwolf Theatre Company now has an intimate, highly experimental cultural campus that doubles down on education, enhances audience engagement, and invites all of Chicago to experience its cutting-edge theater.

In the new Ensemble Theater in Honor of Helen Zell

On a long summer weekend in the Russian countryside at an estate bursting at the seams with guests, three generations collide in ensemble member Yasen Peyankov’s extraordinarily funny and lyrical adaption of Anton Chekhov’s Seagull, the play that opens Steppenwolf’s new in-the-round Ensemble Theater in Honor of Helen Zell. In classic Chekhovian style, a sparkling cast featuring many Steppenwolf ensemble members wrestles with the eternal questions that haunt the intellectual artist class: What is Love? What is Art? When is Lunch? Join us for this historical moment in Steppenwolf’s journey as we explore the work that inspired us, laugh at the battles that consume us and celebrate, together, all that makes us grateful for each other.

Ticket information: Single tickets ($20-$88) are on sale now. Receive a great deal and get access to all four remaining shows of the season with the new 4-Play Deal for $150 that also includes ensemble member Rajiv Joseph’s King James (March 3–April10), Mike Birbiglia: The Old Man and the Pool (April 28–May 22) and ensemble member Tarell Alvin McCraney’s Choir Boy (June 16–July 24).

Steppenwolf Theatre Company’s trailblazing new 50,000 square foot theater building and education center, the Liz and Eric Lefkofsky Arts and Education Center, was designed by world-renowned architect Gordon Gill FAIA of Adrian Smith + Gordon Gill Architecture, with construction by Norcon. The centerpiece of the new Arts and Education Center is the new 400-seat in-the-round Ensemble Theater in Honor of Helen Zell—one of its kind in Chicago—with theater design and acoustics by Charcoalblue.

Steppenwolf’s Mission: Steppenwolf strives to create thrilling, courageous and provocative art in a thoughtful and inclusive environment. We succeed when we disrupt your routine with experiences that spark curiosity, empathy and joy. We invite you to join our ensemble as we navigate, together, our complex world. steppenwolf.org, facebook.com/steppenwolftheatre, twitter.com/steppenwolfthtr and instagram.com/steppenwolfthtr.