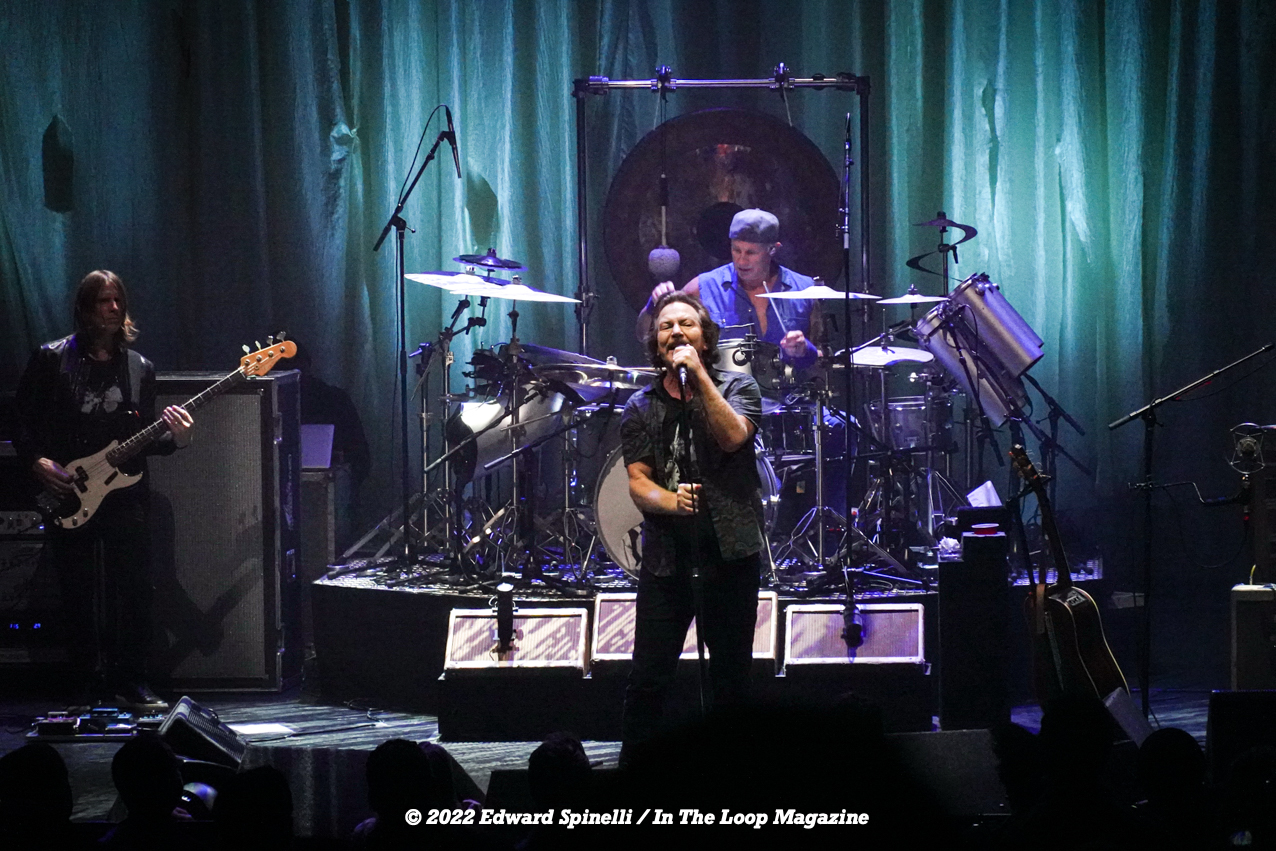 Chicago music lovers were treated like royalty on Wednesday night when Pearl Jam front man Eddie Vedder kicked off his two night stay at the glorious Auditorium Theatre. Since 2013 fans haven’t seen Vedder play anywhere smaller than Wrigley Field. The Auditorium is definitely the best sounding venue in the city and maybe even the world.

Eddie and Earthlings, who are performing a very limited amount of dates together, ripped through a preview of Vedder’s aptly titled “Earthling” album (out today, February 11, featuring guests such as Elton John, Stevie Wonder, Ringo Starr and many of the aforementioned), along with a sample of the recently released “Flag Day” soundtrack that highlights the headliner, Hansard and other indie rockers such as Cat Power and Eddie’s daughter Olivia Vedder.

There were also several familiar moments amongst the multitude of debuts, including covers of R.E.M.’s “Drive,” The Beatles’ “Here Comes The Sun,” Pretenders’ “Precious,” The Who’s “I’m One,” all of which could’ve easily been this band’s own given everyone’s immersive interpretations.

He even dedicated Tom Petty & The Heartbreakers’ “Room At Top” to the fan in the very last row by the pole, which was his exact seat at the very same venue seeing Bruce Springsteen as a kid.

Fans were probably questioning how much, if any, Pearl Jam would make it into his extensive set list, and thankfully, a few favorites were strategically slid in.

“Not For You” and “Better Man” had everyone proudly singing along, the obscure B Side “Dirty Frank” was an unexpected mind-blowing thrill, plus “Porch” found the perfect way to end this perfect concert. Eddie always has a huge place in his heart for Chicago and the feelings have always been mutual. Fingers crossed that he returns to Chicago this summer with his pals from Seattle.

For more on Eddie Vedder and the Earthlings, click here