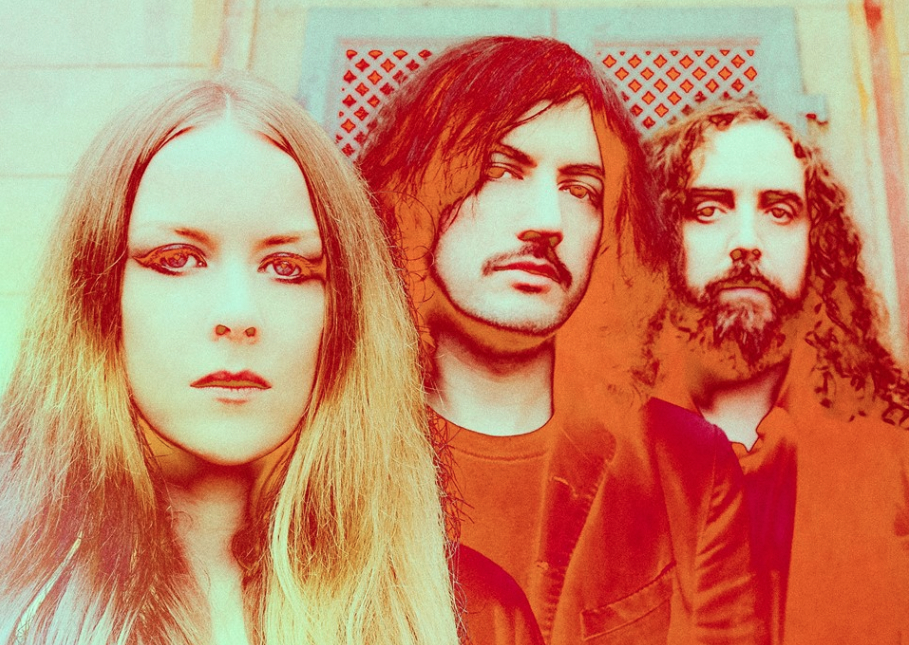 There’s an old saying that the devil has the best tunes, and while German newcomers Lucifer aren’t singing about Old Scratch directly, even just this link to one of his many names seemed appropriate as Europe’s finest export in some time reached our own Thalia Hall on Tuesday night.

It’s been an exciting year for Lucifer so far. Forming from the premature ashes of German metal outfit The Oath, vocalist Johanna Sadonis hit the reset button by switching direction, immersing herself and her new bandmates in an aesthetic that has more in common with late ‘60s-early ‘70s psyche and hard rock than the New Wave of British Heavy Metal stylings of her previous band, and Lucifer was born.

The hype behind Lucifer as a result of the excitement (and breakup disappointment) generated by The Oath has been massive, which is never easy to deal with – as an artist, expectations aren’t something you have much control over, and being the cover story on Decibel Magazine before a record is even out adds fuel to that fire. But Sadonis has taken it in stride, and, only ten dates into their first North American tour, Lucifer rose in Chicago to show a sizeable crowd what the hype was all about.

It’s about a classic and undeniably appealing approach to hard rock, one that combines elements of the ‘magic or ‘occult’ rock (both terms which have been overused in describing Lucifer as of late) of the 1970s, elements of psychedelic mysticism from the 1960s, and a healthy nod to the riff-heavy guitar crunch of early ‘80s heavy metal, while sidestepping full-on categorization in any of those styles. Guitarist Gaz Jennings is the band’s not-so secret weapon, with a distinct style of riffing that calls to mind everything from Black Sabbath to the twin guitar attack of early Alice Cooper to brit-metal stalwarts Angelwitch. Jennings’ penchant for dark, slithering riffage sits perfectly on top of bassist Dino Gollnick and drummer Andrew Prestidge’s tight, chugging rhythm section.

Opening with debut single “Anubis” and leading straight into “Abracadabra,” the powerhouse opener from Lucifer’s self-titled debut album, Sadonis is a hypnotizing live presence, weaving her siren-song vocals through the arrangements, continually moving to the music as though she’s plugged into it, a conduit for the songs as opposed to someone simply playing on a stage, adorned in a satin priestess robe, her lyrics calling forth images of demons and magic rites, old gods and powers – classic themes in heavy metal, but rarely approached with the kind of sincerity suggested here. There’s an air of mystery to Lucifer’s live presence that only enhances the experience of watching them, and when Sadonis sang lines like “take me to the Sabbath, take me to church,” church is exactly what it felt like: a shadowy, communal experience shared under the jewel-toned lights of a concert hall. All in all, Tuesday’s brief but potent set highlighted, in short order, why Lucifer’s rapid rise has made them a formidable force to be reckoned with on the metal and hard rock scene.

For more on the band, their current tour and where to get their music, click here.