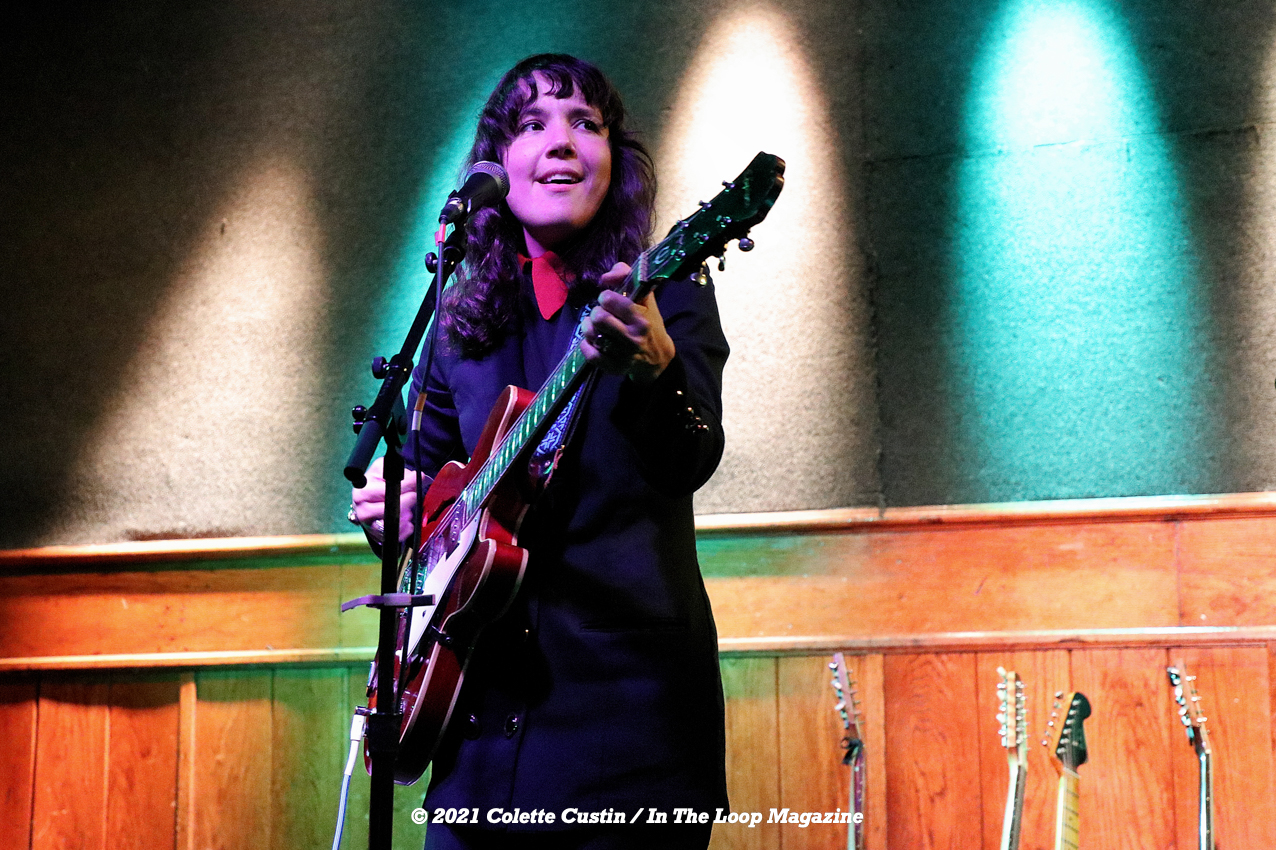 Singer-songwriter Tristen (Gaspadarek), along with her bandmate/husband Buddy Hughen, made the trek from Nashville to Chicago for the first time last week since the April release of her fifth LP (the exceptional Aquatic Flowers), establishing her position over the course of forty-five minutes as one of the great American songwriters currently in the game.

Taking an acoustic/electric duo approach this time around in support of Aaron Lee Tasjan, the twosome opened with “Matchstick Murder,” a standout twanger from 2011’s Charlatans at the Garden Gate and followed it with the classic country shuffle and harmonizing of “Baby Drugs” before offering several choice selections from the new album, including the delicate melodies and guitar work of “Hothouse Flower.”

“Did anyone here ever have to do a bug collection, where you trap bugs in a jar with a cotton ball of alcohol and then pin them to a board? This is the version of that you get when you’re stuck in a conversation with someone,” she joked while introducing “Glass Jar,” the stellar lead single from 2017’s Sneaker Waves, following it with new single “Complex,” a wickedly catchy tune about self-consciousness. Hughen had the opportunity for a bit of crisp lead guitar work (the duo’s musical chemistry is as smooth as it gets) before Gaspadarek put down the guitar to lead the crowd in a singalong of “Psychic Vampire,” a Tristen concert staple at this point, and she wasn’t content to let the Schuba’s crowd rest on their laurels.

“This room is small and I can see when you’re not singing,” she grinned, reciting the chorus lines before turning it over to the crowd to take on vocal duties. Closer “Say Goodnight” saw Hughen showing off some dreamier chops behind the contemplative lyrical message—an attempt, in Tristen’s words, to write both a lullaby and a song about death—that brought the night to a quiet close.

While an opening set often only offers a glimpse of an artist’s capability, Tristen has the unique luxury of a catalog that represents her talent on every level—and it was clear from the crowd’s response that it only took a half dozen songs to win some new hearts and minds. While still operating at a more grassroots status than some of her Nashville contemporaries like Margo Price, Tristen’s songwriting and performances remain second to none, as her return to the stage proved on Tuesday.

For pictures from the show at Schuba’s, click here