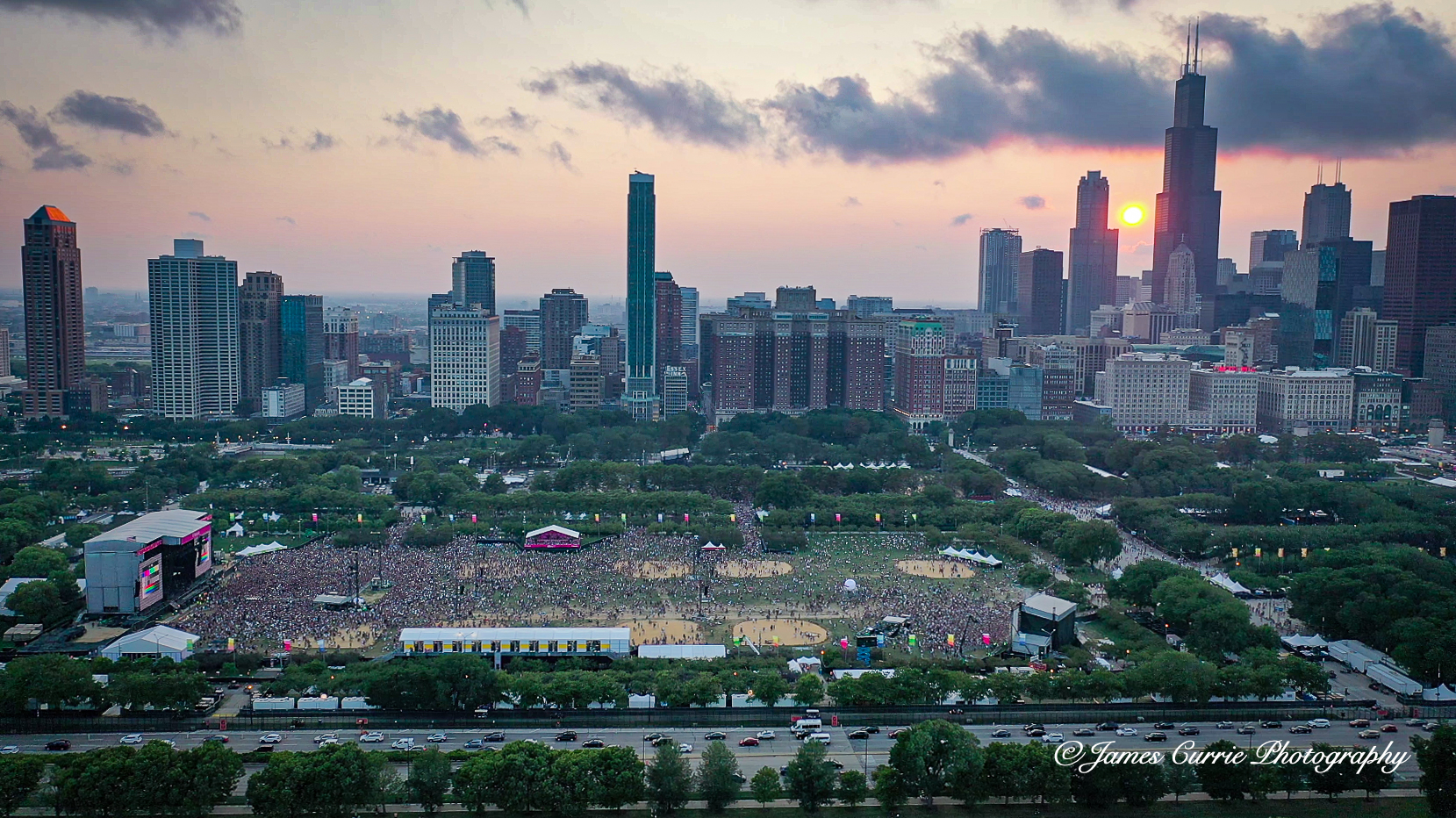 As the 30th anniversary of Lollapalooza descended on Grant Park for Day 1 on Thursday, a big show was made—prematurely—of low attendance, Covid fears, and questions over the perseverance of one of the longest running North American music festivals

By midday, for better or worse, none of that seemed to matter. A massive crowd, starved for live music after an impossibly long hiatus from the medium, gathered for a jubilant celebration of pop, rock, country, EDM and every permutation in between. Lollapalooza was back, ladies and gentlemen, and the highlights were plentiful.

Native Chicago rockers Post Animal kicked off the day with a raucous war cry—“welcome fucking back!”—before charging through a set that dabbled in garage rock (think early Strokes or Franz Ferdinand) balanced against neo-psychedelia that, at times, called to mind early Tame Impala. Hook-driven tunes suddenly shifted gears into unexpected, spacey breakdowns or crunchy stoner rock, then back again, offering something a bit more interesting than your average indie outfit.

Almost Monday, a three-piece outfit from San Diego, has made huge waves in the streaming world with their single ‘Broken People,’ their short set on the GrubHub stage showed everyone in attendance exactly why. An infectious blend of dance-pop with a distinct ‘80s vibe, frontman Dawson Daugherty has the natural stage presence of a Lolla headliner already – don’t be surprised if we see them return in the coming years to bigger and bigger crowd, and the band’s unique blend of styles truly has something for everyone.

For all things indie rock, the day belonged to Dayglow.

Two records in, Sloan Struble—Dayglow’s frontman and mastermind—had his popularity reflected in hot, sweaty, and exciting live jaunt with one of the biggest crowds of Day 1. Taking the stage to a crowd chanting the band’s name—remember how great that sounds?—Struble and Co. danced and strutted across the stage through a set that was made to played live, outside, in the summertime. Combining indie-rock lyrical sensibilities with breezy, quirky melodies that called back to the best of ‘70s radio and yacht rock (yes, seriously—see our interview with Sloan for more!), Dayglow has already found a groove that resonates, and it’ll be a fun ride to see them continue evolving their sound into bigger tunes—and bigger crowds.

Orville Peck has risen to become one of the most enigmatic artists out there in just a few short years, and his afternoon set on the T-Mobile stage offered what will surely be regarded as one of the most unique and memorable performances of the weekend. Taking the stage in his signature black leather mask, Peck led his band through an hour of bona-fide, Americana country, and songs like “Roses Are Falling” and “No Glory in the West” with their twang and slide guitar felt particularly at home in the midday heat of a festival field. Closing out his set with his countrified take on Lady Gaga’s “Born This Way” – surely a contender for the best live cover of the weekend – Peck’s audience was one of the most diverse of the day, from pop to goth to country fans and everything in between.

Which was fitting, because as we all know, the reason Lollapalooza exists in the first place was for Perry Ferrell and Jane’s Addiction to bring eclectic musical styles together in one place. All these years later—regardless of genre or style—its still doing that, which is certainly something to celebrate.