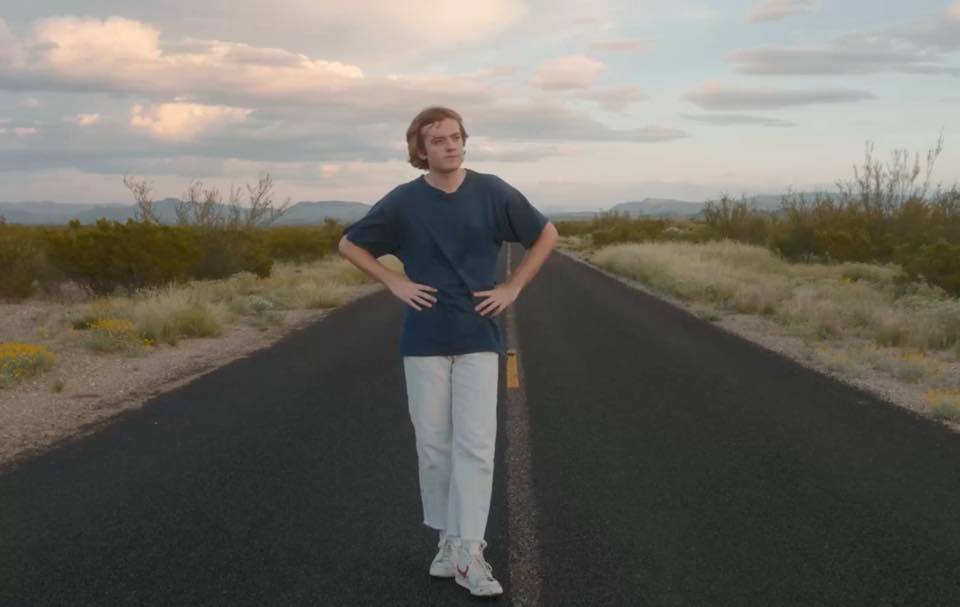 Dayglow’s one-man show, Sloan Struble, is already proving himself an indie-rock force to be reckoned with, having released two wildly popular records in the last two years. We caught up with him for a few minutes before Dayglow’s stunner of a set (see our Day 1 recap!) on Thursday to get some intel on his time in Chicago, how he approaches songwriting, and…his love of yacht rock? You’re damn right.

In the Loop (Christopher David): So, the obvious question: how does it feel to be playing Lollapalooza?

Sloan Struble: Honestly, pretty surreal. Just…mindblowing to be here. I really don’t know how else to put it. It’s so much to take in.

ITL: Chicago has long been a haven and cultivator for indie rock, across the board, maybe in part because we have such a great cross-section of venues from small to large. How have your experiences been here so far?

SS: We actually haven’t played live that much, but we’ve played the Vic and Schuba’s, right before Covid. So we’ve been to Chicago a few times already, and Lincoln Hall last night was amazing. It’s been great so far.

ITL: Your style shifted a bit from (2019’s) Fuzzybrain to the new record (2020’s Harmony House). Whereas Fuzzybrain was a bit more ‘dream-pop,’ Harmony House feels a bit more influenced by dance culture or even ‘70s AOR. Was that a deliberate move in a stylistic direction, or was it a response to something?

SS: Kinda? When I was making Fuzzybrain, I was listening to a lot of MGMT, Phoenix, bands like that, and then I ended up on this yacht rock kick – Christopher Cross, the Doobie Brothers, that kind of stuff. I started looking at that music differently – like, “What A Fool Believes” will always be a timeless, great song. There are a lot of timeless songs in that bubble – so it became my challenge to myself to make an album that felt like an indie take on yacht rock.

ITL: I can hear that influence, and that genre seems to have had a mini-renaissance in recent years—probably because, as you say, so many of those songs are just damn good tunes.

SS: Yeah, and looking at the musicality and style of how the songs were structured and written, very little resembles it right now. So why not try for that?

ITL: Harmony House shows a definite evolution from Fuzzybrain while still retaining a style, if that makes sense.

SS: That’s the goal, absolutely. Since I’m writing and producing everything myself, there’s just so much freedom in that. I think people like the idea that I’m being experimental.