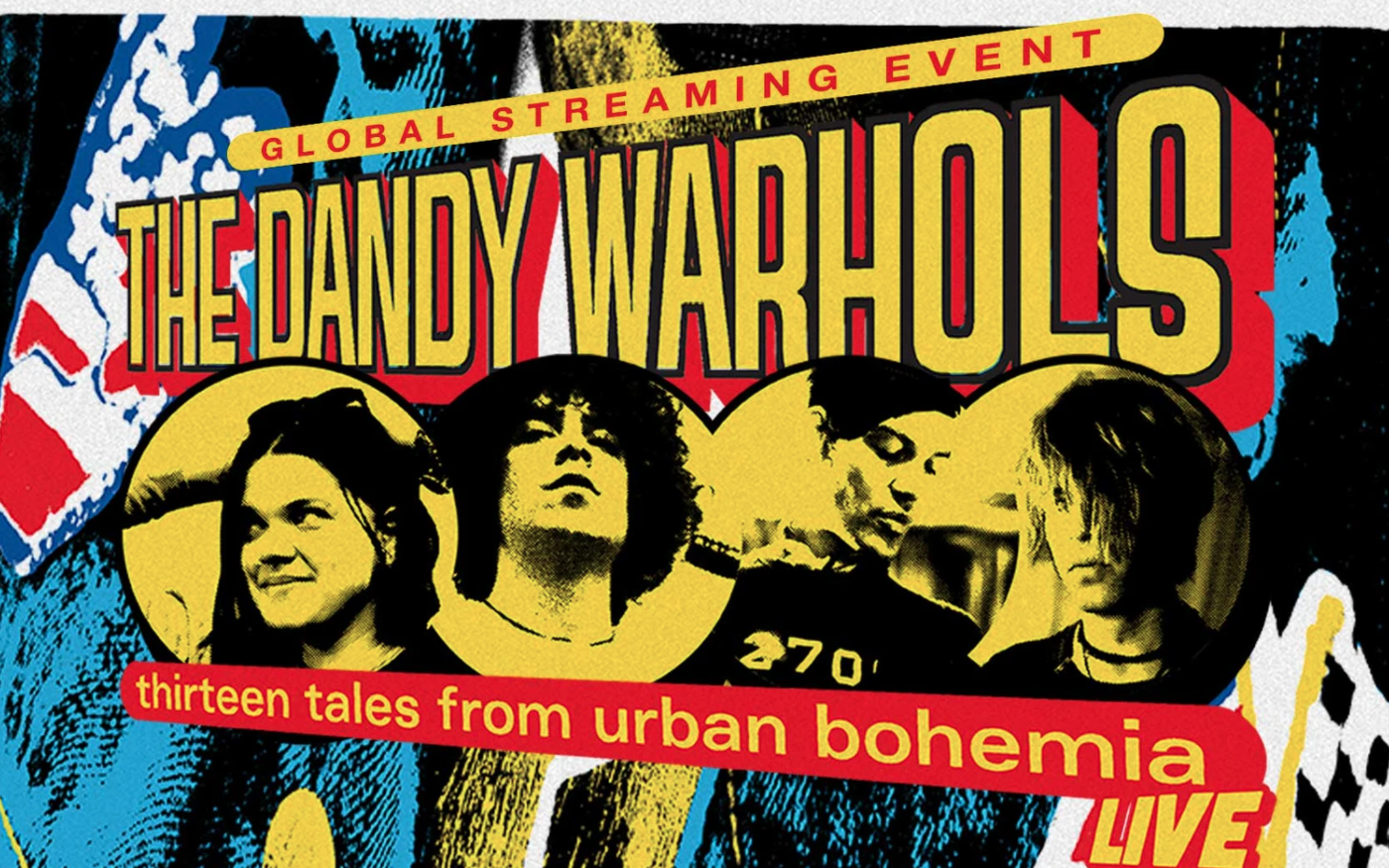 Early Bird Tickets Are On Sale Now At:

On December 30, Danny Wimmer Presents is pleased to present a global streaming event featuring beloved alternative rock group The Dandy Warhols, with a special show from their hometown of Portland, Oregon.

The global streaming event airs Wednesday, December 30 at 12pm PST / 3pm EST, 8pm GMT, 9pm CET and on Thursday, December 31 at 7am AEDT beginning with a pre-show event featuring the band in an exclusive Q&A answering fan questions, discussing memories of touring and making the album and more.  The stream will be available to watch on demand through 11:59pm EST on January 2, 2021.

Tickets and special merch bundles for this one-of-a-kind #WarholWednesday fan event are available at Early Bird prices now until Wednesday, December 23 at 11:59pm EST from DandyWarholsLive.com. Prices will increase for week of show.

Says Dandy Warhols frontman Courtney Taylor-Taylor, “Hey y’all, please join us for a streaming event celebrating the 20th anniversary of 13 Tales (two days before it’s Not The 20th anniversary of 13 Tales anymore) and a live chat primarily about dredging up 20-year-old memories.  It should prove to be a pantload of fun and maybe we’ll make it holiday-ish too as it’s December 30 which is still technically the holidays.”

As well as offering standard streaming tickets starting at $10, the band has curated a number of special merchandise bundles with event-specific memorabilia, including a stream exclusive t-shirt, hoodie and poster.

The Dandy Warhols released their 10th studio album Why You So Crazy (Dine Alone Records) in 2019 during the band’s 25th anniversary year. The quartet—featuring Courtney Taylor-Taylor (vocals, guitar), Zia McCabe (keyboards), Peter Holmström (guitar), and Brent DeBoer (drums)—originally formed in 1994 in Portland, Oregon, in the shadow of the twilight years of the grunge scene and with Brit-pop reigning supreme on the other side of the pond, bringing in influences ranging from 1960s garage rock to 80s/90s shoegaze. The Dandy Warhols’ career has seen them release nine studio albums, two compilation albums and 27 singles over a 25-year period, shifting musical climates by keeping their art unfiltered and presenting thoughts un-mired by censorship.

Most recently, in April 2020 the band released the 214 minute long Tafelmuzik Means More When You’re Alone, a never-before heard performance recorded in 2010 at The Odditorium, Portland, Oregon.