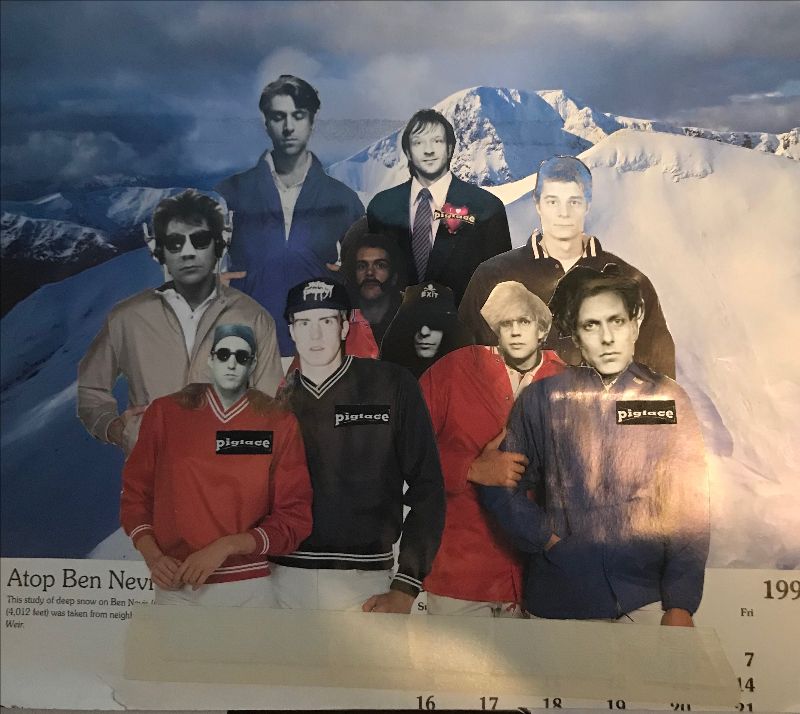 Earlier this month, Pigface announced they would be hosting a live event to promote the release of last years tour recording. A special edition vinyl was created, artwork was completed, a date was set and a Chicago outdoor drive in theater was to be the location. This week it was cancelled by Pigface front man Martin Atkins and replaced with an online event. Atkins stated the cancellation was due to COVID-19 concerns and possible poor weather.

The following is the statement released from Martin Atkins of Pigface:

I was really looking forwards to the drive-in screening on Friday – the idea of being outside and all of my bandmates on the screen was something to get excited about. I couldn’t wait, either, to see drone footage rising above the screen to see Chicago’s magnificent skyline behind. The home of Pigface and Industrial Music right there.

However, the more I have thought about it and the more the situation with the pandemic escalates, even with distancing and the idea that people should stay in their cars – the idea of it just seems, dangerous, OR, not dangerous and not very Pigface, with me breathing on the inside of my car windows and writing ‘hello’ messages to people on the other side? nope. It feels like – just in the old days of the drive-in, I’m kind of encouraging people to cram a bunch of friends into a car (to take advantage of the per car ticket price) or asking one set of people with cars to take people without cars. It was a terrific idea. I had fire dancers on hold and flags – I was designing flags! – but, we just can’t.
I had an amazing time last Saturday celebrating the release of Extremities – an album I made with Killing Joke – and I think the best thing to do is to do a Pigface version of that, I’ll go through some flyers and pics, and trawl up some memories and we can do a zoom and chat – keeping the Pigface tradition (and our fans!) alive…..how about that? A few friends may join us, it might just be me, but we’ll have some surprises and some fun!

Reserve a spot here for this Pay what you can event, A Pigface Thanksgiving Chat Saturday, Nov. 28th @ 6PM CST

Flashback Series: 5 Years Ago: PiL Public Image Limited @ Concord Music Hall 2015 Chicago Artists Jamie Dull Keeps Busy As Ever Even During The Pandemic Releases Catalog Of New Music And Joins Others For Projects Near And Far