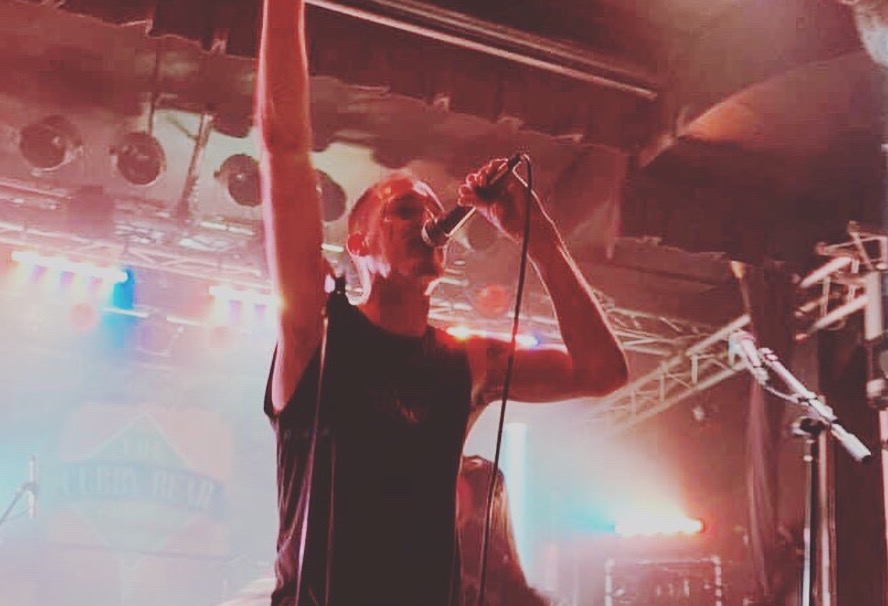 Drummer, singer, songwriter, guitarist, producer – Jamie Dull – is a Chicago musician who, though is not originally from here, has made it his home for over a decade. He’s worked his way through the local scene, gave lessons to up coming Chicagoland youth and lent his talents to many really carving out a space in this town as not only an incredible session player, but original artist creating his own sounds through various personal projects. This year, even in a global pandemic, he is created more music than most create in a decade. His latest release is a follow up to a solo venture dubbed, Electric Villain which takes a departure from his classic instrument training to the electronic voyages of a laptop and digital beats.

Jamie Dull: This will be my 3rd Electric Villain release in 2020 – I have two more coming out before the end of the year too. One more EP and one full length. I play every instrument on this with the exception of the guests. I recorded and mixed this myself from home. And thank you for listening to this song! I wrote it back in 2015 and finally got around to recording and releasing it. It’s a bit more aggressive than the rest of the EP, but the next two releases after this will have some heavy stuff too.

I actually started this project (the Trilogy series) about two years ago. I began recording live drum tracks in the same space and with the same engineer as I did when I recorded drums for Katie Kadan’s album. Then I put the project on hold to focus on releasing Stampy’s recent album as well as the two Electric Villain EP’s I released earlier this year as a part of the GoFundMe campaign that I set up. So these songs were on hold until last month. So when I first started working on this, I was using the old 2008 white MacBook. But fortunately a good friend of mine gifted me a 2011 Mac Mini that I am now using. Still using Garageband though! All of this was done with that. However I used a sample pad and some other tricks to get some of these sounds. But the Mac Mini is doing all of the work now. It runs so much more smoothly and handles these big productions much better.

2020, although it has been a terrible year, has actually been relatively productive for me. Of course live shows are out which means that a huge chunk of my income has vanished, however I am extremely grateful for the time I’ve been able to put towards making and releasing as much new music as possible.  So yeah. I’ve been keeping myself busy. The Katie Kadan band has some plans too, so that could very well add something to the list before the end of 2020.

Here’s everything Dull has released so far this year:

The next release is called Trilogy: Silver which he intends to release sometime in late November – it is a mostly instrumental EP with a special guests Matthew Coglianese and Zachary Drummond.

The final addition to the collection will be  Trilogy: Gold and will likely come out sometime in December – possibly around New Years Eve and will feature Haydee Irizarry (from Carnivora and Aversesd) on one song, as well as Anthony Ford (from the Katie Kadan band), Ian Engels (of Stampy), and Phil Miller (of Ideamen) all as guests on specific songs.

And that’s not all, earlier in the year he released Making the Best of It, Vol. 1 and Volume 2. He raised over $2,000 via GoFundMe to fund the EP’s – the songs were written for and about donors. Both albums are out everywhere now. By the end of 2020 Dull will have released four total Electric Villain EP’s and one full length album.

Just last month Dull released a cover of ‘Roulette‘ by System of a Down with his band Snake Dealer (containing the exact same lineup as our System of a Down tribute band, called Peephole) – all of the members of those two bands are guests on the opening song of Trilogy: Bronze – a song called X.E.X. – that same song features Lynne and Jarrett Donoghue as guests too, both who are members of Dull’s 90’s tribute band called Uncle Jesse & the Rippers. Lynne is also a main collaborator and singer of the song ‘Lucky Duck’ from Trilogy: Bronze.

Dull: In addition to my own music, I have continued working alongside Katie Kadan and our band during the pandemic. We’re currently rehearsing and planning a lot of new content to come out in the near future.

Trilogy: Bronze is out now.

3. Just a Little Much

5. Nothing Short of Dust.