Concert Review: Uncle Acid and The Deadbeats: Peace Across The Wasteland Tour, Live in Chicago At Metro 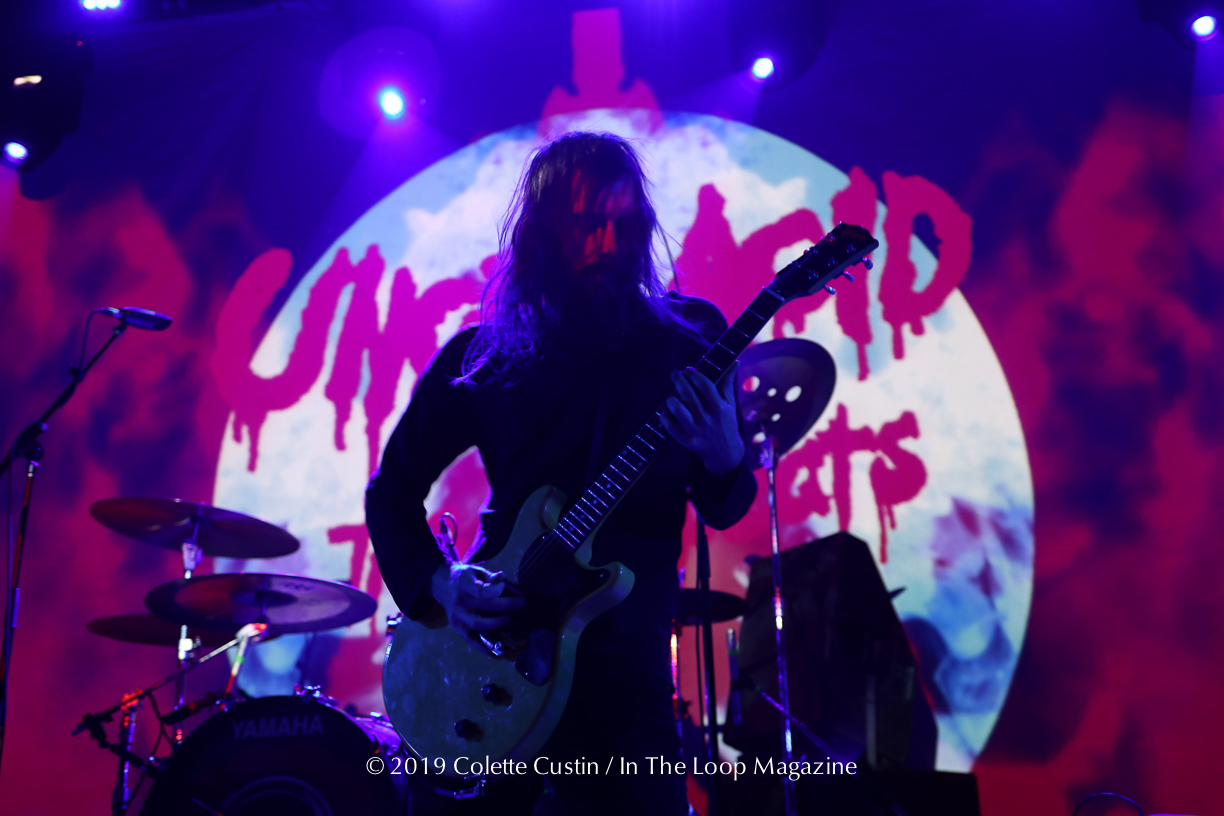 One of the great joys of any music fan’s life is watching one’s favorite bands grow, especially when the growth is organic. Steadily watching someone get better and better at what they already do well has been the hallmark of most great bands throughout history.

Such is the case with U.K. horror rock quartet Uncle Acid & the Deadbeats, who landed at Metro on Tuesday for their “Peace Across the Wasteland” tour. Last year’s Wasteland (released late last year) is arguably their best album yet, which is saying something when you’re five albums in, and judging from the over-sold room here in Chicago, Uncle Acid have continued to grow in all the best ways since 2015’s The Night Creeper.

Guitarist/vocalist Kevin Starrs has crafted a cautionary tale of sci-fi paranoia this time around, and the addition of video visuals behind the band added an appropriately psychedelic, atmospheric vibe to the set during opener “I See Through You” and the percussive chug of “Blood Runner,” and setlist stalwarts “Mt. Abraxas” and “I’ll Cut You Down” earn their place every time, though never more so than on this tour, where everything just felt bigger and better. Starrs has often cited classic hard rock as an influence, noting KISS and W.A.S.P. in particular, and it comes as no surprise – Uncle Acid’s music plays to the same types of anthemic hooks in slightly different clothes, riffing off of horror movies and sexploitation instead of leather and Sunset Strip-era glam, and set closer “No Return” with its extended outro felt like the best of Killer-era Alice Cooper, though it would be unfair to compare Uncle Acid directly to anyone – their unique sound (with creepy harmonies provided by rhythm guitarist/vocalist Vaughn Stokes) is entirely their own, at this point.

Whether or not Starrs has been energized by an entirely new live lineup for the Wasteland tour, it’s impossible to know – but it certainly feels that way, with drummer Jon Rice and bassist Justin Smith (both new additions to the touring band since 2017) helping to round out the band’s tightest live unit yet. Uncle Acid is a band that has steadily risen to become the gold standard in their genre, and if this tour is any indication of how hard the band is firing on their cylinders, they’ll need to play somewhere bigger from now on.

I See Through You

I’ll Cut You Down