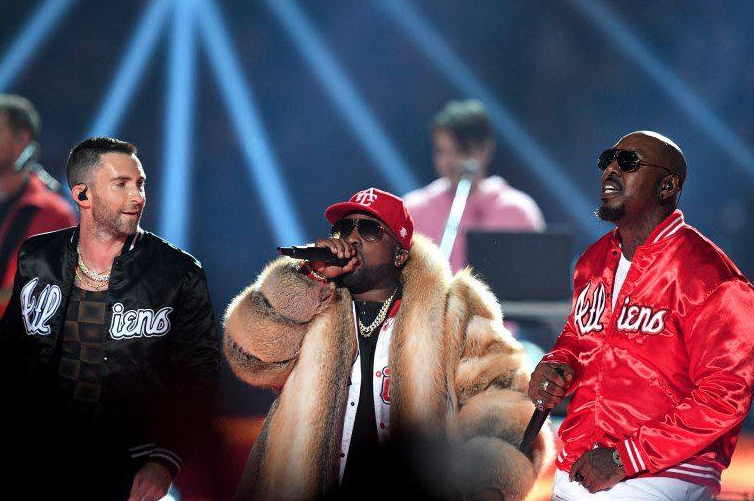 On Sunday, Big Boi joined Maroon 5 and Travis Scott for a seismic Super Bowl performance, blurring the lines between genres and styles and delivering a blockbuster moment for the culture. During the performance, Big debuted the exclusive Atlien jackets available at OUTKAST.com now.

On the heels of the release of his new tracks “Doin’ It” [feat. Sleepy Brown] and “Return of the Dope Boi”[feat. Killer Mike & Backbone] Big Boi unveils the music video for “Doin’ It [feat. Sleepy Brown].” The video magnifies the artist’s world in vivid widescreen complete with old school Cadillacs, fur coats, owls, and other surprises. Click HERE to view!

Both tracks are available HERE via HITCO.

Additionally, he will embark on the Dungeon Family Tour 2019 with a bill stacked with Atlanta luminaries and members of the Dungeon Family, including Goodie Mob, Sleepy Brown, Organized Noize, and KP The Great. Tickets go on-sale February 8th. It kicks off on Saturday April 14 in Chicago, IL at House of Blues, rolls through major markets on the East Coast and in the South, and concludes Friday April 27 at Salvage Station in Asheville, NC. Check out the full confirmed itinerary below & get more information here: https://dudgeonfailytour.com

This is just the beginning for a massive 2019 for the GRAMMY®Award-winning diamond selling artist, rapper, songwriter, record producer, actor, and philanthropist. Big Boi takes hip-hop to another dimension once again.

Atlanta indisputably set the pace for modern hip-hop. However, Big Boi set the pace for Atlanta, and by proxy, the culture at large. If the genre of hip-hop ever gets its own “Rap Mount Rushmore,”a legacy as the region’s foremost wordsmith, funkiest gentleman, and resident ATLien certainly guarantees a place for the diamond selling artist, rapper, songwriter, record producer, actor, philanthropist born Antwan André Patton. Big made history as the preeminent spitter of the Dungeon Family and one-half of OutKast. The legendary duo sold 25 million albums and garnered seven GRAMMY® Awards, becoming the first and only hip-hop artist in history to win the GRAMMY® for “Album of the Year” upon release of their 2003 RIAA Diamond-certified Speakerboxxx/The Love Below. Big Boi made his proper introduction as a solo artist in 2010 with Sir Lucious Left Foot: The Son of Chico Dusty. A modern classic, it captured #3 on the Billboard Top 200 and landed on Pitchfork’s “100 Best Albums of the Decade ‘So Far’.” Following a succession of high-profile album releases, Big Boi released his latest album Boomiverse in 2017. The smash single “All Night” sound tracked a high-profile Apple Animoji commercial, blew up radio, and clocked 40 million streams within a year. The song also hit Top 30 on the pop chart and Top 10 at Rhythmic.