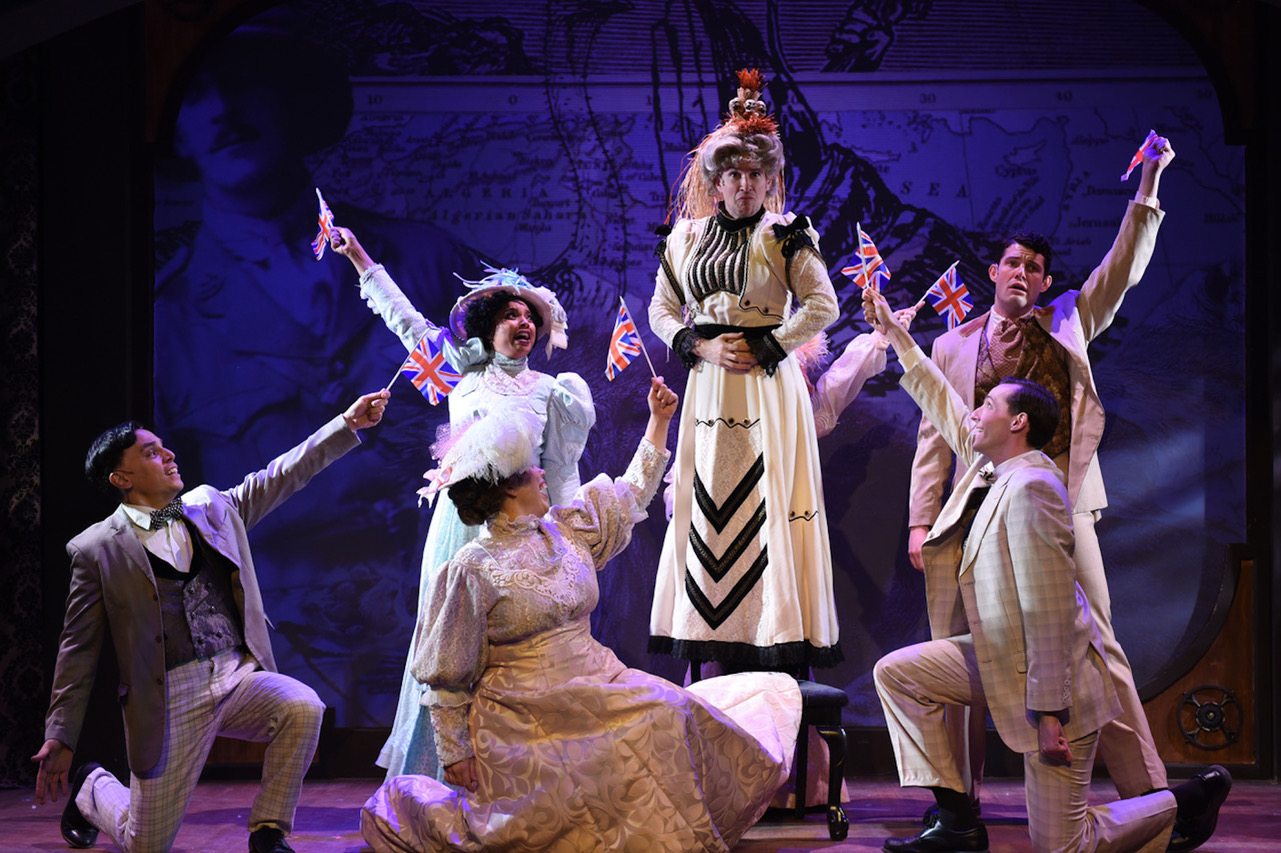 “A Gentleman’s Guide to Murder,” the latest offering from renowned theater company Porchlight Music Theatre, features one of the most wickedly delightful premises I have ever seen in a stage musical. Monty Navarro, a young man of modest means, learns that he is the descendent of the elite D’Ysquith family, and that he is currently eighth-in-line to the D’Ysquith earlship. After his initial, sincere efforts at connecting with the family are rebuked by the elite clan, Monty resolves to systematically murder every D’Ysquith heir until he, at last, becomes the earl and patriarch of the family.

What follows is a delightfully macabre sequence of murders, involving everything from honey bees, to ice skating, to carefully administered poison – and all throughout, Porchlight’s terrific staging and sensational cast thrust the audience into this zany world of gamesmanship and conspiracy. As Monty, Andrés Enriquez is excellent, with sharp comedic timing and a soaring tenor. As his duel love interests, Emily Goldberg and Ann Delaney are charming and lovely. And the chorus (which includes the dynamic Sharriese Hamilton and the fine baritone of Michael Reyes) is a sheer hoot. They all do a most marvelous job with the excellent songs of Robert L. Freedman and Steven Lutvak.

But really, this show belongs to the incomparable Matt Crowle, who approaches his multiple roles with an aplomb and a precision that is truly rare, even in the superb ranks of Chicago theater. Across the musical’s two hours, Crowle portrays every member of the D’Ysquith family – from a senile theologian, to a stuffy banker, to an eccentric beekeeper, to a crass earl, to a loony dame/philanthropist – and to each role, he brings his trademark wit and timing. And most remarkable of all, Crowle’s singing voice, always clear and magnificent, adapts to whichever character he is inhabiting. It is a virtuosic display of musical theatre, and should not be missed.

Special attention must also be paid to the production’s technical achievements. Angela Weber Miller’s scenic design is hugely imaginative, and utilizes both digital screens and clever props to transform the performing space. Jeff Hendry’s costumes are terrific – especially for Crowle, who often changes from one elaborate costume to the another, between scenes, as he shifts characters. And Stephen Schellhardt’s precise direction brings it all together, taking full advantage of the Ruth Page stage.

The night I saw “Gentleman’s Guide,” the temperature outside was well below zero, and it was clear, before the show’s start, what the audience had endured to make it to the performance – it’s a testament to Porchlight’s caliber, however, that the polar vortex was the least of our concerns once the show began.