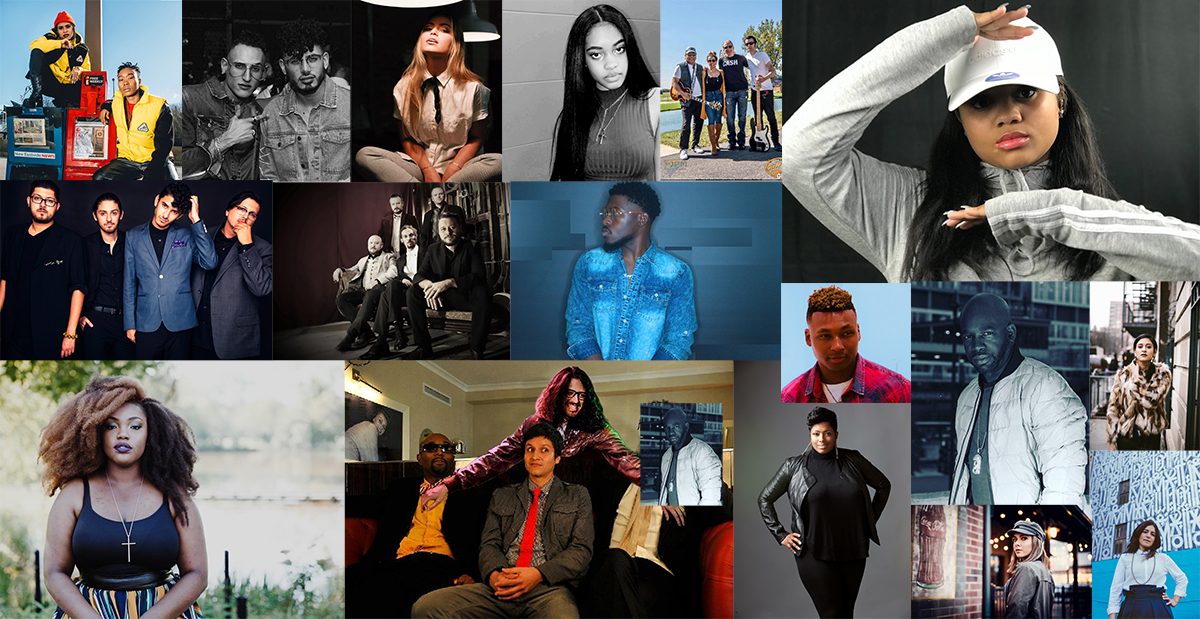 At the epic showcase of up-and-coming local talent, the artists will each perform live for A&R executives from major and independent record labels to earn possible performance and recording opportunities

The City of Chicago’s Department of Cultural Affairs and Special Events (DCASE) is pleased to announce the 17 local artists and bands selected to participate at the 2018 ChicagoMade A&R Auditions. The epic live showcase of up-and-coming local talent will take place at the Chicago Cultural Center (78 E. Washington St.) on Saturday, October 27, 12:30–4:30pm in the Claudia Cassidy Theater. A limited number of artists were selected from more than 170 applications submitted to DCASE in September. The showcase is FREE and open to the public.

The selected artists will perform live in front of A&R (Artist & Repertoire) executives from major and independent record labels to be considered for the following possible opportunities:

The event will be hosted by Chicago hip hop artist and producer Matt Muse. He took part in the A&R Audition in 2017 and was an opportunity recipient earning a spot on the Goose Island stage at the 2018 Taste of Chicago. As a Chicago artist on the rise, he released his hit album Nappy Talk in July.

In conjunction with Chicago’s Year of Creative Youth, designated by Mayor Rahm Emanuel, this year’s ChicagoMade A&R Auditions will feature four artists and bands between the ages of 14 and 17. This year’s application reduced the minimum age requirement to age 14, allowing younger artists to participate as well as adults. They are the Bella Button Band, Superstar Patience, Kaeyra and Coda.

Bands and solo performers of all music genres were welcome to apply. Absolutely no walk-in auditions will be allowed on October 27. DCASE does not guarantee any audition outcomes. If interested, music label representatives will contact participants directly. For complete details and updates visit cityofchicago.org/dcase and follow the Department of Cultural Affairs and Special Events or Creative Chicago–Music on Facebook and on Twitter @CreativChiMusic or @ChicagoDCASE.

Rare Appearance By Australian Swamp Rockers, The Scientists, As They Embark On First Ever U.S. Tour With Stop In Chicago Pat Metheny @ Chicago Theatre