Bennett and Gaga Bring Back the Jazz Era to Ravinia 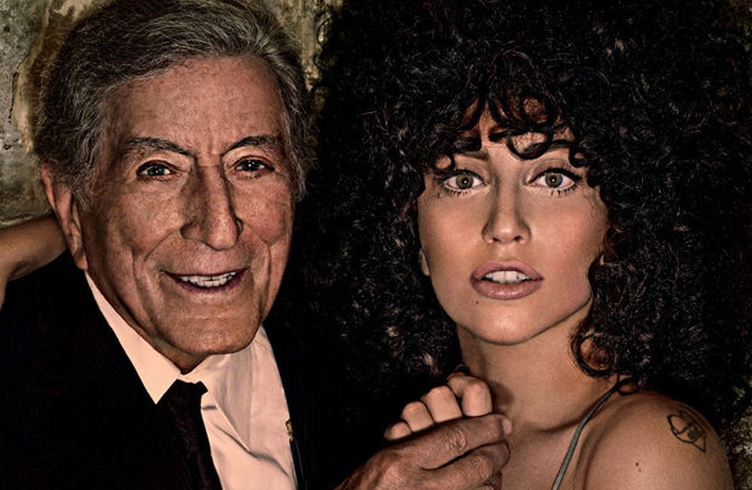 I’ll admit that I was not a fan of Lady Gaga until after seeing her perform with Tony Bennett. Gaga’s interaction with Bennett on their duets was truly amazing in their 100 minute show at Ravinia on June 27.

Gaga initially connected with Bennett in 2011 when she was performing at a Robin Hood Foundation charity event. Tony heard Gaga sing “Orange Colored Sky” and then asked to meet her after the show. Soon after, they teamed up for “The Lady is a Tramp” on Tony’s 2011 album, Duets II. Their common love of Jazz Age music eventually lead to recording more songs which became the Cheek to Cheek album.

The song highlights of their duets were “Anything Goes”, “Cheek to Cheek”, “The Lady is a Tramp” and “It Don’t Mean a Thing if It Ain’t Got That Swing” which is the song that they ended the show. Tony’s highlights were “Smile”, a song written by Charlie Chaplin, “When You’re Smilin” and “ I Left My Heart in San Francisco”. Tony dedicated “Chicago” to all of the fans that have seen him at Ravinia. He said, “ I’ve been playing Ravinia for the past 35 years, this venue is great, all of the Chicago fans that have come to see me are great, since all of my shows at Ravinia have been sold out.”

The highlights of Lady Gaga’s solo songs were “Bang, Bang (My Baby Shot Me Down)”, “Lush Life” which she dedicated to marriage equality and “LaVie En Rose” which she sang beautifully in French. In researching Lady Gaga before the show, I found out that her shows are very theatrical with several costume changes. During her show with Tony, she had seven costume changes, which are included in the setlist below.