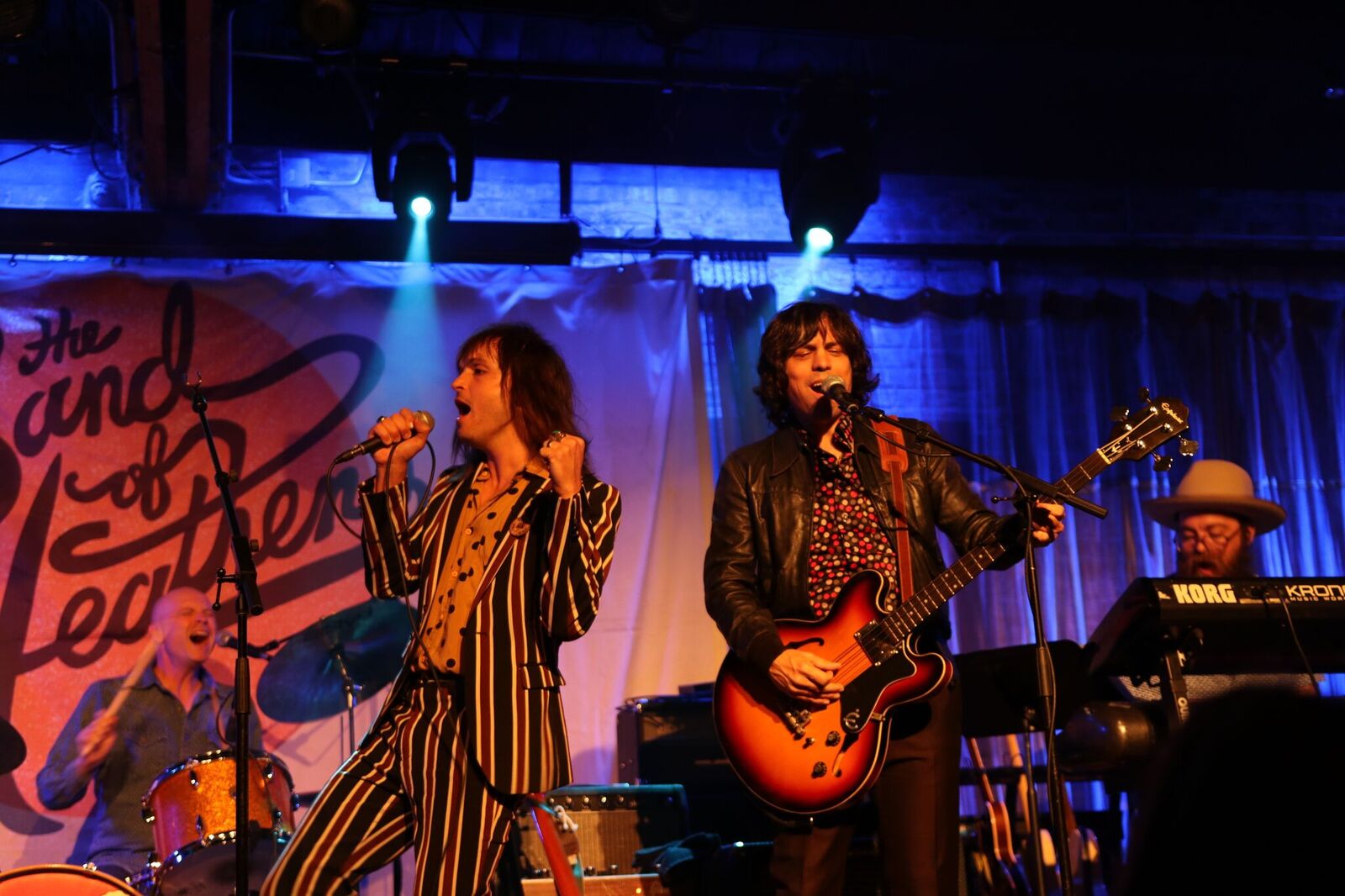 “There is no real rock n’ roll on the radio today,” croons Creamer lead singer/guitarist/frontman Philip Creamer on the way to the chorus of “Magic” from the band’s debut LP (out today) – but that’s about to change if he and his band mates have anything to say about it, and the band’s stellar first appearance in Chicago saw a capacity crowd getting to know exactly what the Nashville quintet had to say on the subject.

Combining the best elements of early ‘70s power-pop like The Raspberries with moments of Electric Light Orchestra and Queen, along with the jangle of more pop-oriented Americana, Creamer’s sound is, quite simply, timeless. The band’s chemistry was apparent from the the very start of set opener “Daydreamer,” and their sound translated from record to live stage beautifully, with just enough rawness to take tunes like lead single “Drugs No More” and album standout “For Joan” to a slightly elevated place. Drummer Dave King balances the arrangements from sharp moments of bombast to the quieter moments, and subtle piano accompaniment throughout most of the tunes walks a line between understated and fully-driving the melodies on the infectious “Ride or Die” and the sweetly reflective “Bad As You.” When the band’s namesake put down his guitar to strut the stage during “Record Machine,” one couldn’t help but hear a distant homage to Aladdin Sane-era Bowie, all the more for Mr. Creamer’s pinstripe suit and the call-and-response chant of “I love my record machine” – a term coined, apparently, by Creamer’s four-year-old son.

If you love your record machine, too, you’d do well to get acquainted with Creamer and their refreshing blend of glam, power pop, and straight up rock n’ roll – because the next time they’re in Chicago, I doubt it’ll be at such an intimate venue. As Wednesday’s set at SPACE proved, this is a band destined for big things.