Interview: Gary Numan Talks With In The Loop Magazine About Playing Riot Fest, Current Tour And His Changing Tone Of Making Music 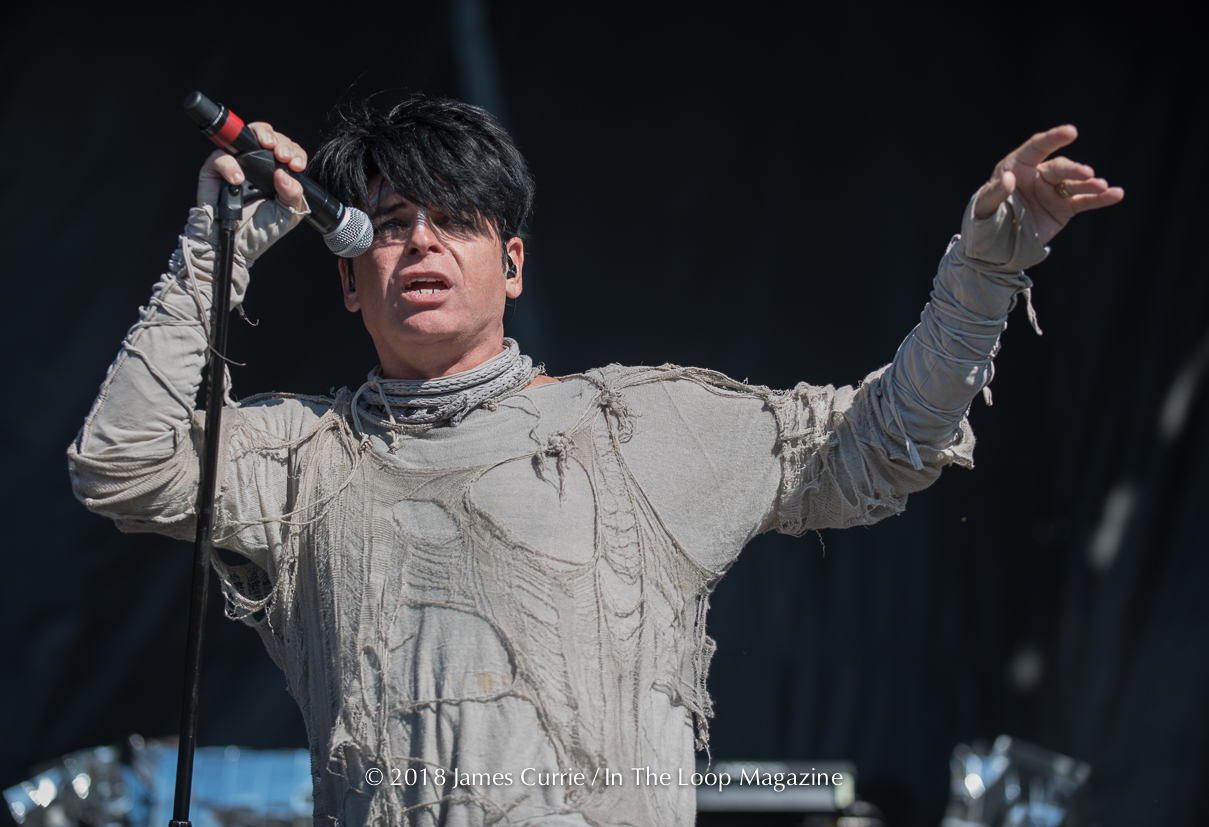 Over the course of Gary Numan’s forty year career as a pioneer in electronic music and then at the forefront of the heavy industrial movement led by Trent Reznor and Nine Inch Nails, he’s just about seen it all: the highs and lows, the need for re-invention, and the ebbs and flows of a songwriter’s approach to both the narrative and the personal. We had the chance to chat with him for a bit just before his epic performance at Riot Fest over the weekend about his 2017 album Savage (Songs for a Broken World) and the massive supporting tour he’s just about to finish.

In the Loop Magazine (Christopher David): Welcome to Riot Fest! So this is the end of the tour for Savage?

Gary Numan: This is the second American tour so far, we’ve done two British tours, we have one more to do there, with an orchestra, and that’s going to be quite epic. Then we’re doing another European tour, a second Scandanavian tour, and we’re talking about adding more shows in Italy and Spain. By mid-December, I think we’re done. It’ll be 150, 160 shows? More than I’ve ever done for any album. We’ve really done our best to get it out there!

ITLM: Is the orchestral show going to be focused more on Savage, or will it be a comprehensive thing?

GN: The thrust of it is the new album, but there’s plenty of older stuff as well that I’ve always wanted to hear like that, “Down in the Park,” obviously, I’d love to hear what that sounded like. It’s meant to be promoting Savage, but I’m sort of taking the liberty of getting a bit self-indulgent with it.

ITLM: Savage is a concept record, and it seems political, but not in a specific way. Can you talk a little about that?

GN: It’s not meant to be political. It’s science fiction, and it’s all based on the idea of if global warming isn’t controlled, what would life be like in two or three hundred years’ time? That’s what’s at the heart of a novel I’ve been writing for years, and when it came time to start writing Savage, normally, you start writing from things in your life that have happened, but life had been good! Nothing horrible had gone on – we moved to America, the kids are in school, I’m healthy, my wife was happy. The last album had done well. So I sat down to write, and I was an empty void! So I thought about the ideas from the book, really just to get me going.   And that was the week that Donald Trump started his campaign, and he was saying some very different things about global warming. I was quite shocked by that. And it made me angry, and it made me want to write more. Without really intending for it to be a concept album, it sort of became that. I was thinking, what would life be like? Would it be hostile and brutal?

ITLM: The idea being that culture would just fracture.

GN: Culture as we know it wouldn’t exist, and all you’d have to do each day is simply survive. And in that situation, I don’t think people would care too much about what accent you’ve got or what color you are. And now, of course, I have to finish the book!

ITLM: I think the line between writing and music can be blurry, and I think a lot of people go back and forth between the two. Is that how you’ve written in the past, as well?

GN: With Replicas, yeah. Just that record, that was based on short stories that I’d been writing over a period of time. Each song was pretty much a specific short story, all of which looked at this particular world in the future. The next album had a few of those ideas, but I’d not really done that since. The writing had been more personal until this one.

ITLM: The tone changed more than the music.

GN: Right, and I went through about ten years where my career was really declining, the end of the 80s into the early 90s, and I ended up writing a lot about that, and the struggle of it. I came through that, and I thought my career was finished. So I just started doing it as a hobby, and the music got heavier, and more interesting, and I sort of fell in love with it all over again.