Concert Review: The Kooks At The Vic 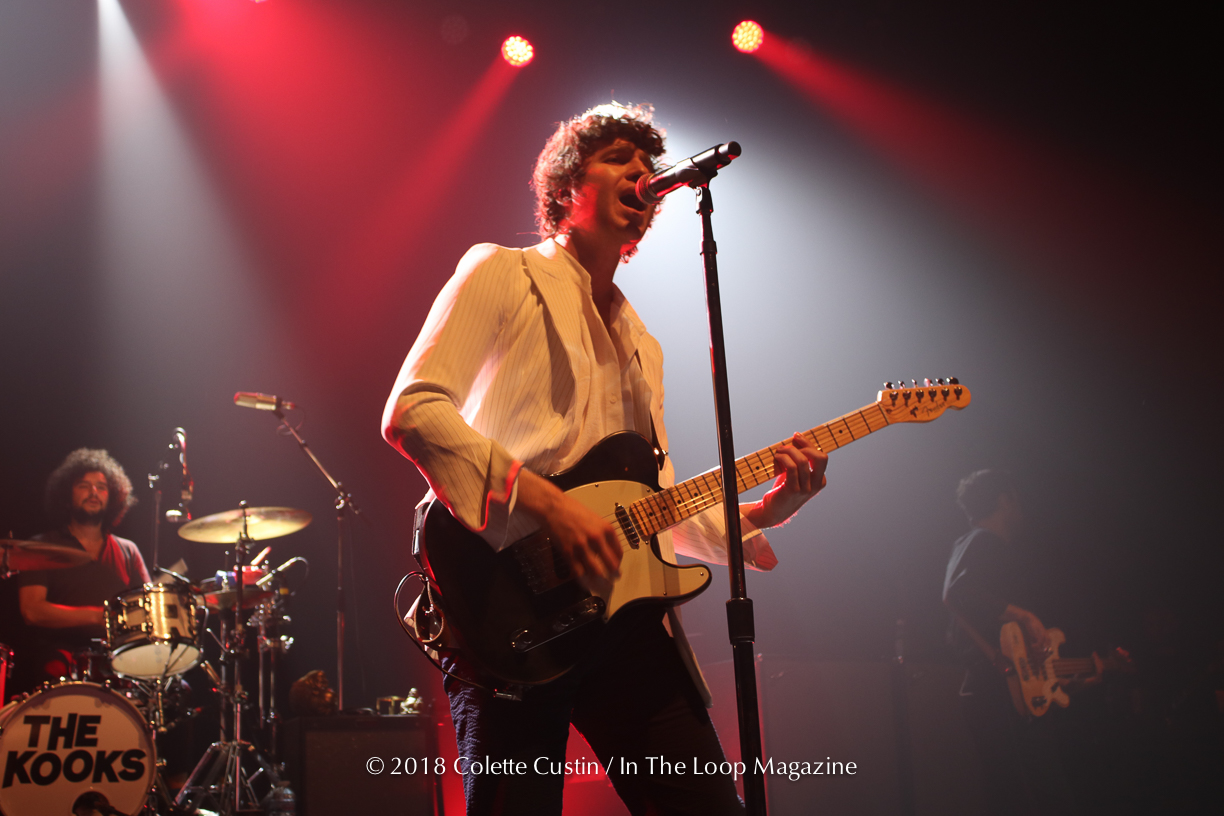 As a means of both promoting last year’s greatest hits collection (The Best of…So Far) and the upcoming Let’s Go Sunshine (out in August), Brit-poppers The Kooks landed in Chicago for a retrospective look at their five-album career at the Vic on Wednesday.

Over the course of five records and a couple of lineup changes, The Kooks have always been a band that blended genres. Equal parts ‘70s rock swagger, ‘90s Brit-rock in the vein of Oasis, and a bit of glam rock thrown in for good measure (think The Raspberries at their most balladeering), singer/guitarist Luke Pritchard bounced between Jaggeresque interaction with the crowd on sexy rockers like “Do You Wanna” and “Always Where I Need to Be” and more intimate warmth on a solo-piano version of “See Me Now,” a song dedicated to his late father.

“Sway” brought the crowd to a roof-raising high with its epic chorus (leading one to wonder how on earth The Kooks aren’t bigger in the U.S.), and new tune “No Pressure” offered a loose, swinging singalong of a chorus that called to mind Hunky Dory-era Bowie at times. But the time Pritchard retuned to the stage with an acoustic guitar for the first encore of “Seaside,” the crowd was almost louder than he was, which spoke to the effortless nature by which The Kooks can command at room. On the heels of this tour, and after Let’s Go Sunshine comes out later this year, the rooms should be even bigger.

For photos from the show at the Vic, click here

Be Who You Are

She Moves in Her Own Way

You Don’t Love Me

Watching the Ships Roll In

Junk of the Heart (Happy)

Always Where I Need to Be