The Final Vans Warped Tour Ever Underway, Is This Really The End? 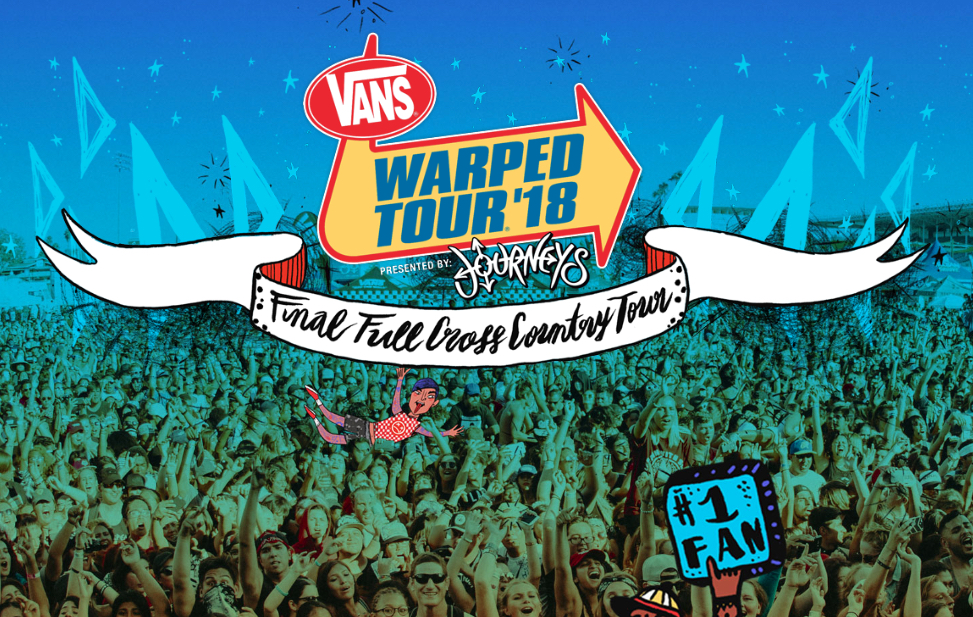 With the Vans Warped Tour kicking off next month, there’s not much time left to get your tickets for what has been declared as the “Final Full Cross Country Tour”. The 37-stop tour will start June 21 in Pomona, California before ending August 5th in West Palm Beach, Florida. The Chicago stop will take place on Saturday, July 21st , at the Hollywood Casino Amphitheater in Tinley Park, where it’s been hosted many a time.

The festival made breaking grounds in 1995 as an alternative rock festival before veering into a more Punk scene and eventually diversifying its genre lineup over the years. As the festival has more than two-decades under its belt, it also has been known as North America’s longest touring music festival. Though the festival has its roots in the states, the festival has also been known to go international such as in the late 90’s when the tour visited places like Australia, Canada, Europe, Japan and New Zealand. The tour would also include Hawaii during that time as well. The festival made its first visit to England in 2012 and then return in 2015, playing London both times. The festival also helped launch its first and only ever TV special, Warped Roadies, in which staff would showcase what life was behind the scenes for the Warped Tour, how life was for them and how the tour operates, among other elements.

More notably, the festival has been known to support some great causes such as donating to and launching several charities as well as hosting music clinics for drummers and those interested in learning drums also. The tour has always donated 25 cents of every ticket sold to an organization known as Hollywood Heart. The tour has gone as far as admitting parents in for free one year as one of the festival’s demographics are teens, it’s understandable a parent can be concerned.

This year, the final lineup consists of lots of well-known names. From Pennywise, whom may hold the record for most appearances at Warped Tour to, Sum 41, Unearth, Senses Fail, August Burns Red, Every Time I Die, Silverstein, Less Than Jake, Story Of The Year, Taking Back Sunday to name some Warped veterans. Of course there will also be a generous amount of new and up and coming alternative acts as well.

With that said and their official website stating this is the, “Final Full Cross Country Tour” a few things come to mind. If you’re thinking, this can’t be the last Warped Tour, or happen to be in some sort of denial, you’re not alone. I wouldn’t be surprised if this isn’t the last we hear from founder Kevin Lyman and the Vans Warped Tour. It’s already been hinted that there’s plans for something for next year that is Warped Tour related. Also if you haven’t looked at the wording closely, this is the final FULL cross country tour which can be interpreted in more ways than one. Will the tour be half the size from now on? Will it be a destination festival with one or two dates and fans will have to flock to the city that hosts it? Will less bands be on the bills in the future? A combo of the aforementioned or more or less? It didn’t say anything about it being the final tour ever so in my opinion I think the Vans Warped Tour may stick around, just in a different format.

So even if The Vans Warped Tour is counting its final days or years, it helped create and unite generations of youth and adults everywhere. When an alternative scene is not given recognition and not part of the mainstream media, society looks for other avenues that align with their beliefs, a home away from home and people who share similar interests and something outside of everyday life. This festival has given rise to many of the bands and talent we love today and their proactive support on their beliefs as a whole provide optimism and positivity at a time when the world is shrouded with negativity. For many, this is the ultimate escape where they can be themselves and be with those like them.