Homecoming Show For Rockers, Fairview, As Their Return To Chicagoland To Play Berwyn’s Wire 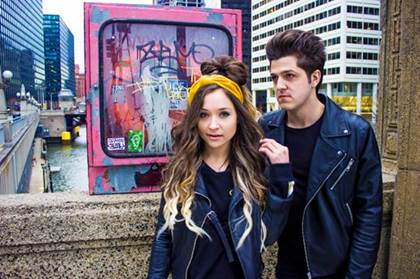 Fairview will be hitting the road for a series of tour dates and will be making a stop in Berwyn on 5/10 at Wire (for a hometown show!) as a supporting act for SayWeCanFly.

The band will be releasing their new single later this month from their debut, self-titled EP (out in May). Check out the upcoming single, “Our Little Secret.”

They were first discovered by Tom Higgenson in 2009 when the band members were still in high school in Chicago, Tom’s hometown and are one of the first two bands signed to Plain White T’s frontman his record label, Humans Were Here.  They introduced themselves and Tom stumbled upon their music online and fell in love with their sound. Soon after, Tom started writing music with them and ultimately became the first signing on the label.

For tickets to the show at Wire, click here