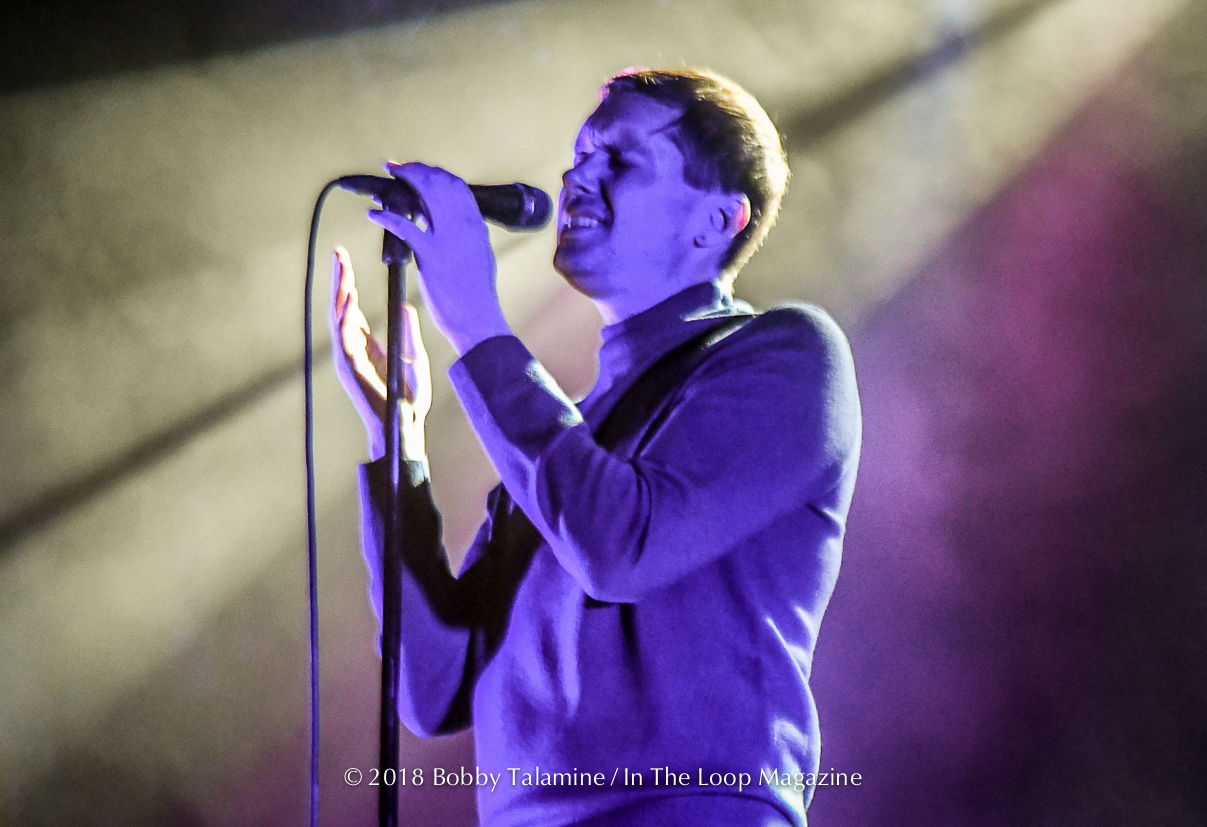 Rhye comes to Chicago on the strength of his new album “Blood”. Rhye, now driven entirely by Canadian Michael Milosh, brings his delicate and nuanced songs to the intimate Thalia Hall in Chicago. Milosh has a unique way of capturing peculiarities in relationships, not just the courtships and unrequited love and passion, but also the strains and the inevitable heartbreak and to convey this consistently and with style and beauty…clearly this is not mainstream pop.

Often compared to Sade, in style and vocal- yes I hear the slight similarities..but Michael is clearly more hushed and restrained- sometimes almost to a whisper. There were times during his set that I swear you could almost hear a pin drop- the crowd was so quiet and listening so intently. And that’s the point.  There’s a lot of ground to cover since Rhye’s last album “Woman”, which came out in 2013.

Rhye is now solo, having parted ways with Robin Hannibal, and also his dispute with his old record label, let alone his divorce from his wife, who Michael dedicated his first album “Woman” to. He’ll be the first to tell you that a lot of hard things have happened to him over the years, but that through his music and lyrics, and the fight to will this project on, through his new album “Blood” – he’s clearly coming out the other end.

Rhye is a sophisticated live attraction unafraid to take risks, and keep things subtly simple and unique. There’s no need to go bold, and wander about the stage and sing of utter heartache. The secret is to remain restrained with music of style and panache, let the songs flow with a meticulous backing band, and let the audience breath in the music and wanting more, and questioning more. Easier said than done. But Michael pulls it off from beginning to end, and obviously understanding the compelling moments of limitless quiet and hushed beauty.

The show= dimly lit throughout, with the occasional solid blue, solid magenta as backdrop, reeks havoc on photographers, not just to me, but also to the other 6 photographers in the pit as well. But that’s the way Michael wants it. Dimly lit to tell a story in a corner smoky backroom. You don’t have to see me to pour my emotions out.  You can easily feel swept away in performances like this. The visual is not the main theme here. The music is, as well as listening intently, and soaking in the lyrics.

Jamil Rashad, who performs as Boulevards, is the exact opposite of Michael and his band Rhye. A rowdy / funky / charismatic performer, who has enough enthusiasm and energy to fill a room of any size, opened the show. The polar opposite of quiet and restrained, which of course is Rhye. And that must be the point as well- watching Michael dance to Jamil during his soundcheck before the doors opened says something- Michael trying to get out of his shell, and digging funky music.

For photos from Rhye at Thalia Hall, click here

For photos from Boulevards at Thalia Hall, click here